Should you be able to buy a 12-ounce to-go can at a brewery? Groups are pushing to let it happen

There's a push to change state liquor laws in Minnesota, to allow breweries and other businesses more flexibility in direct sales to consumers. 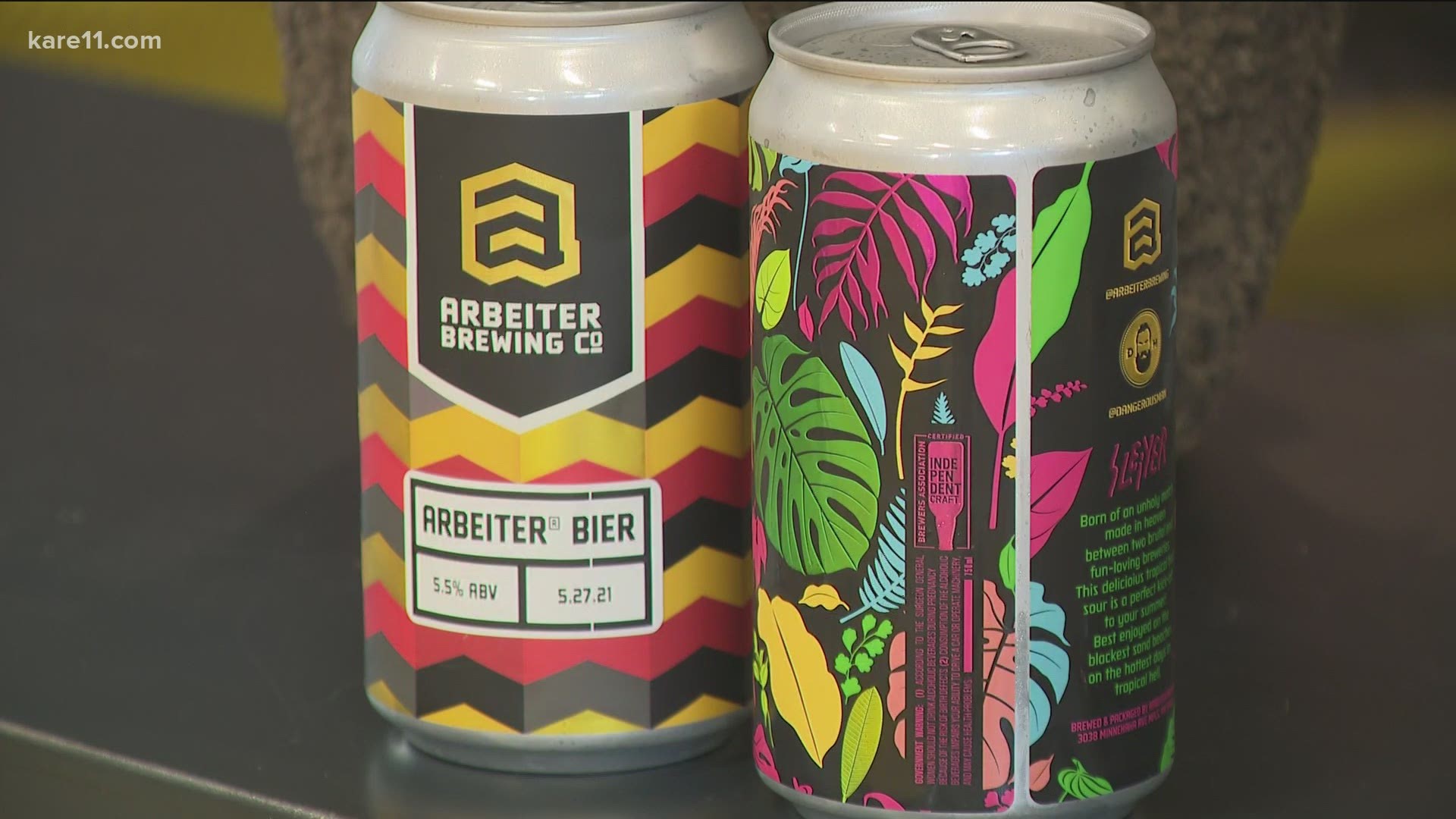 MINNEAPOLIS — Juno Choi opened Arbeiter Brewing Company this winter during a pandemic, around the corner from the Minneapolis Police Department’s Third Precinct building.

“It was definitely a very trying time,” Choi said.

Things are on the upswing now, thanks to warmer weather, loosened COVID-19 regulations and a successful vaccine rollout.

But during his first year in business, Choi has also discovered other challenges – having to do with Minnesota’s Prohibition-era liquor laws.

Currently, the rules only allow him to sell a 750ml “Crowler” as a to-go option, leading to many confused customers who often request 12- or 16-ounce cans to take home after enjoying a beer in the taproom.

Credit: KARE11
These large "Crowlers" are the only sizes allowed to be sold to-go at craft breweries, under Minnesota's liquor laws.

“Unfortunately, we have to tell them, we only have this one option over here, which is kind of a very large oversized can, which sometimes turns people off,” Choi said. “Definitely some business loss over here.”

That’s why Choi supports the “Drink Local Economic Recovery” package in the state legislature, which would allow small breweries like Arbeiter to sell the more common 12- or 16-ounce products directly to consumers. The proposal would also loosen other sales restrictions on brewpubs, cideries and distilleries.

“We have progressive Democrats, conservative Republicans, who are really working together on this legislation,” said Olson, who represents a Duluth area that has seen an explosion of craft breweries. “It’s really just enabling those folks to be able to sell a little bit – not a lot.”

Olson said it might be tough for the bill to pass during the upcoming special session, which will be focused on the state budget. However, she hopes to build momentum for later sessions. A rally is scheduled at the Minnesota State Capitol next week.

These proposals to change Minnesota’s liquor laws are not without opposition. In the past, groups including the Minnesota Licensed Beverage Association, the Minnesota Beer Wholesalers Association, and teamsters have rejected changes to the state’s so-called “three-tier” liquor laws, which separates duties of manufacturers, distributors and retailers. Some of these groups have argued that changes to the law could particularly hurt local liquor stores, making them less competitive with, say, a brewery or distillery.

“We’re really seeing the craft boom. It’s important that we have liquor laws that keep up with the changing way that people are purchasing products,” Olson said.

After a year of COVID restrictions, Choi said his fellow business owners need the boost.

“I think it would be a great boom to any small business like us, either a winery, cidery, distillery or brewpub, to have that flexibility, to have that approach to selling beer,” Choi said. “It would just greatly increase our chances of surviving.” 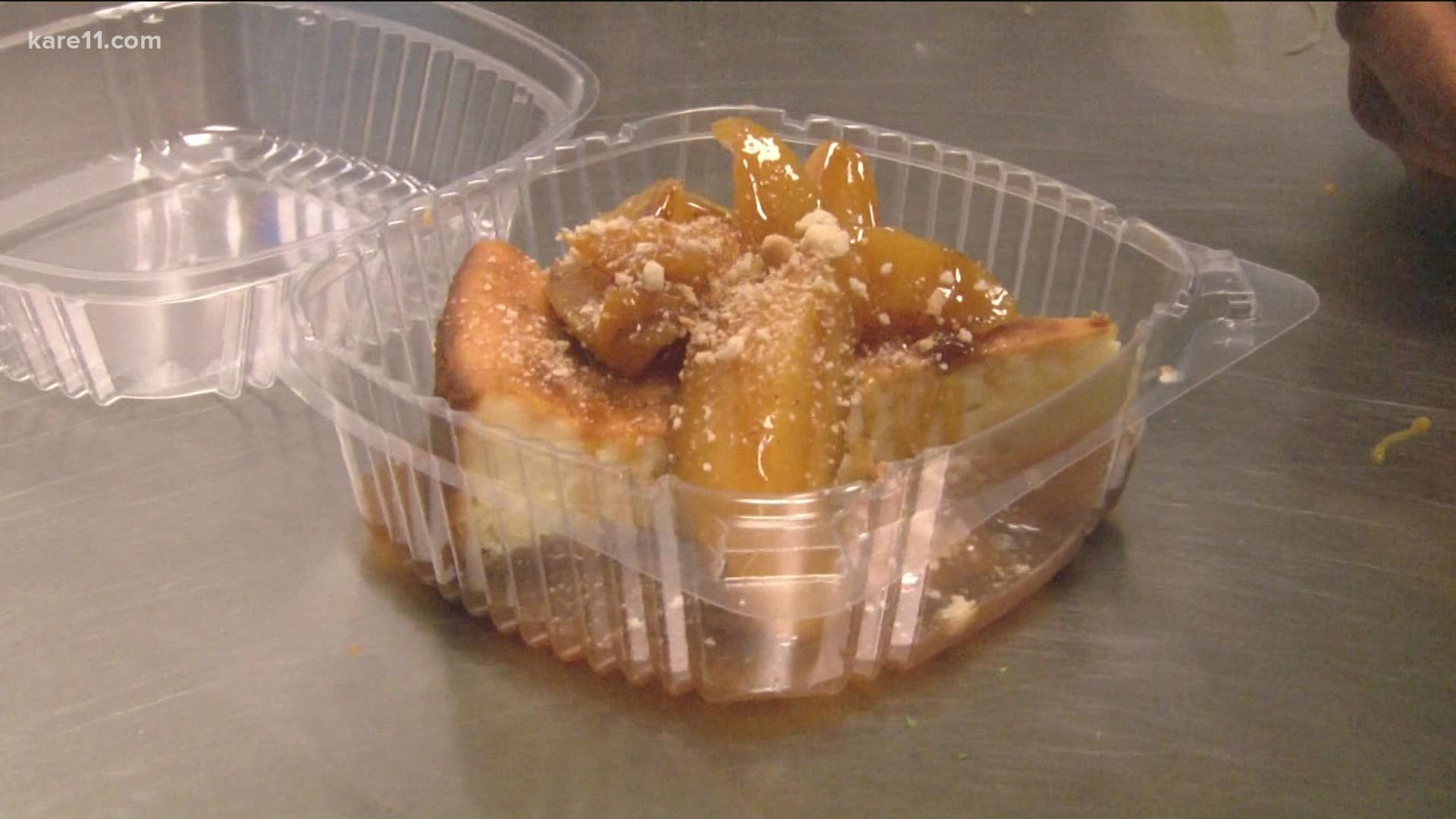