Meatless burgers, dairy-free shakes, Stalk and Spade has that and more. And they're hoping to sweep the nation with their plant-based fast-food concept. 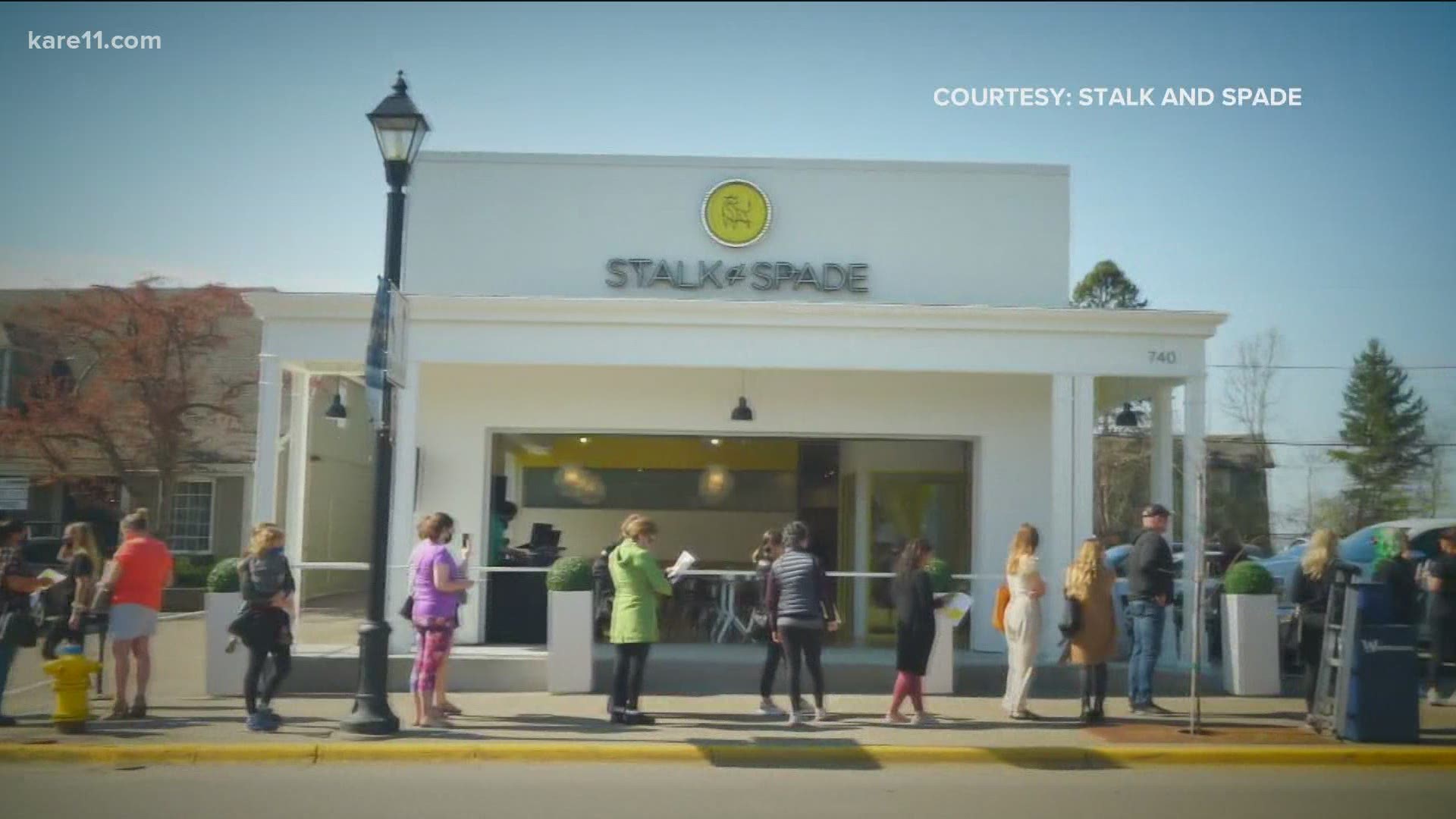 WAYZATA, Minn. — There are some good options for people wanting plant-based food here in the Twin Cities, and now a new concept just opened in Wayzata called Stalk and Spade. We went to the fast-food joint to check it out.

“Our menu consists of burgers, and cheeseburgers, chicken sandwiches, nuggets, fries, desserts, but it's 100% plant based,” says Haley Gates, the executive director of Stalk and Spade.

From the burgers to the shakes, everything at Stalk and Spade is plant-based and dairy-free. It's something that has been gaining popularity across the country as both a health and environmental movement.

“You see the bigger brands that everyone knows that everyone grew up with, they are starting to incorporate pieces of this into their menu, where here our entire menu is that way,” says Gates.

So, who is it for? Well, everyone. You don't have to be vegan to enjoy just willing to try something new or change it up a bit.

Stalk and Spade may be new but the man behind it is no beginner in the game. It's the same guy that brought us Crisp and Green, which has now started franchising around the country, and you can bet your pea protein they're planning the same for Stalk and Spade. In fact, they have aggressive expectations for this brand.

“Minnesota is not going to be it, we're going to be coast to coast hundreds of locations is our goal,” Gates says.

But for now, you'll have to head to Wayzata to get your fix.

OTHER NEWS: State Patrol cracks down on street racers