Missing that Minnesota State Fair food? Here's where you can get it 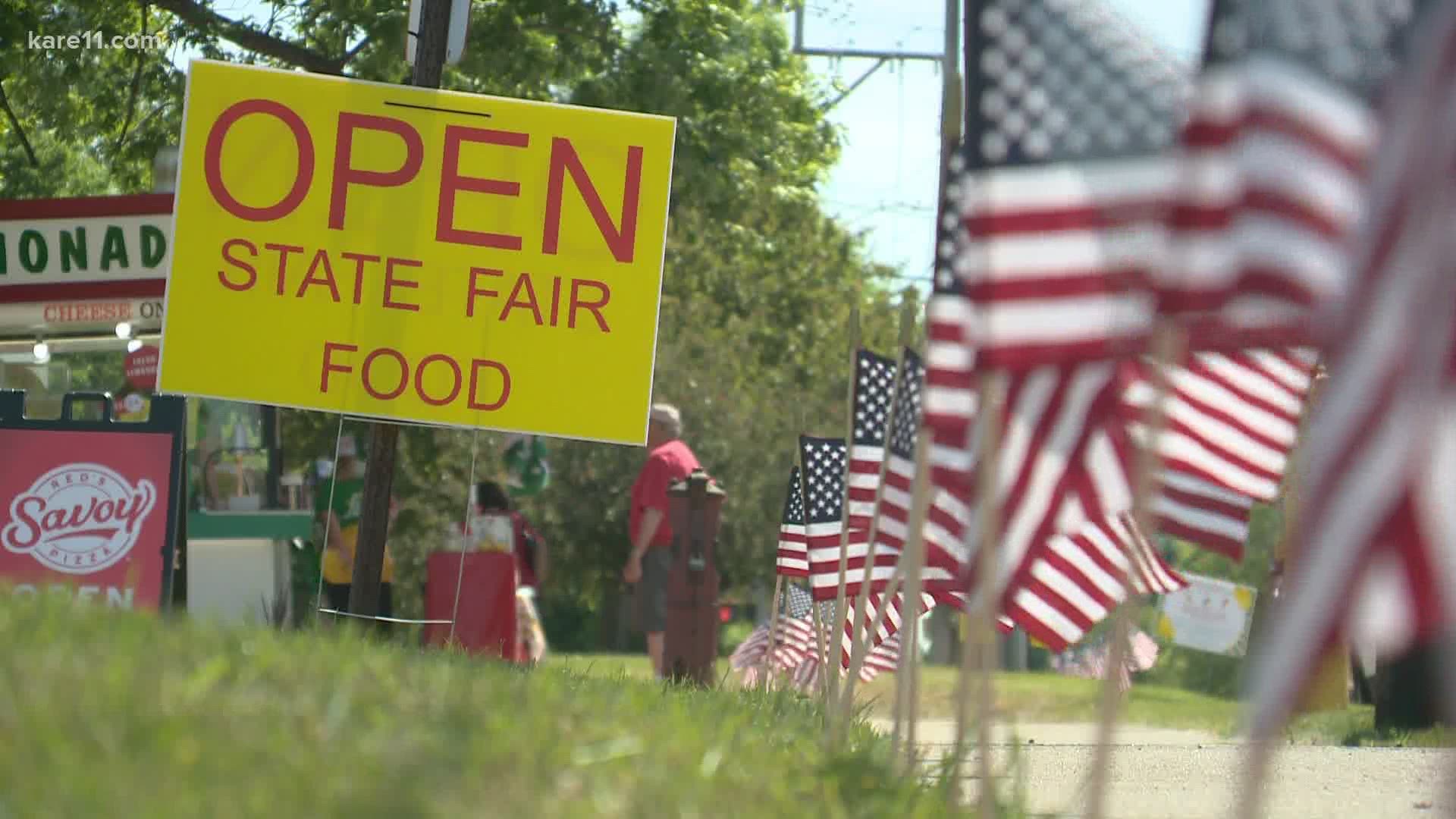 FALCON HEIGHTS, Minn. — The news that broke the hearts of Minnesotans everywhere: The state fair is canceled due to the COVID-19 pandemic.

Maybe people will miss the baby animals, and the sense of community. But if there's one thing Lori Lexvold knows, it's that people want their state fair food - and those vendors need their customers.

"I felt really bad for the vendors and all the money they’d be losing out this year, plus then I wouldn’t be able to get all the food I get when I go there, of course," she said.

So Lori had an idea: "Oh, I could probably create a group on Facebook!"

She started the Minnesota State Fair Food Finder group on May 27 and invited 100 friends to join. The next morning, her son Ian got an invite.

"I said, 'Oh my gosh, somebody created the Minnesota State Fair Food Finder, that’s awesome,'" Ian said. Then, "I was like, 'Oh, my mother created it!'"

Ian called his mom and suggested she make him an admin so he could help her moderate the group. Little did she know how much help she would need.

The concept of the group is simple. People post photos of the state fair food stands they find - like the mini donuts food truck at the Brooklyn Park Fleet Farm, deep fried sushi on a stick from Ninja Sushi, jumbo smoked turkey legs from Smoke Session BBQ, West Indies Soul Food, and various stands set up in Menards parking lots.

It's not just official state fair vendors that people are posting, but also county fair stands, food trucks and basically anything fair-themed. Ian and Lori have also created a growing Google map of the more permanent locations.

Credit: KARE
The cheese on a stick stand is now in front of the Roseville VFW. The owner says they plan to be there until at least July 5.

RELATED: Hunting for vegan foods at the MN State Fair

The state fair was a staple in the Lexvold home. Lori grew up near the fairgrounds and went every day as a kid. As an adult living in Forest Lake, she still goes "all the time." She's worked everything from apparel stands to 24-hour shifts at the park and ride, to helping clean the Grandstand with her church.

"The fair’s got a big place in my heart," she said.

Ian and his wife, too. They watched the cancellation news break on the Minnesota State Fair Board meeting's live Zoom feed, and Ian said his wife cried.

And the food that has the biggest place in their hearts?

"Oh, the French fries!" Lori said with a laugh. "I'm a French fry-aholic."

Ian loves the Pronto Pups, and he and his wife recently discovered the French onion monkey bread at the Blue Moon Dine-in Theater. And his pregnant wife's current craving? The pickles.

No word yet on a Sweet Martha's cookie stand, and Lori said she doesn't really expect one given that they sell their cookies frozen in stores.

"I’m really glad that people are finding this hopefully useful," she said. "And that they patronize all of these businesses so we can keep them in business, so they can come join us at the fair next year when it will reopen."

And as for her Facebook group, she's got expansion plans, thanks to some inspiration from her teenage daughter.

"You might just be seeing us on YouTube or something else that she’s got planned," Lori said. A big baker and cook, Lori said she may also put together some "fair food at home" cooking segments.

"You know what? We’re gonna have fun with this," she said. "We've got to do  something this summer, so this is what we’re gonna be doing."