Just because it's raining doesn't mean you can't take advantage of all the fair has to offer. 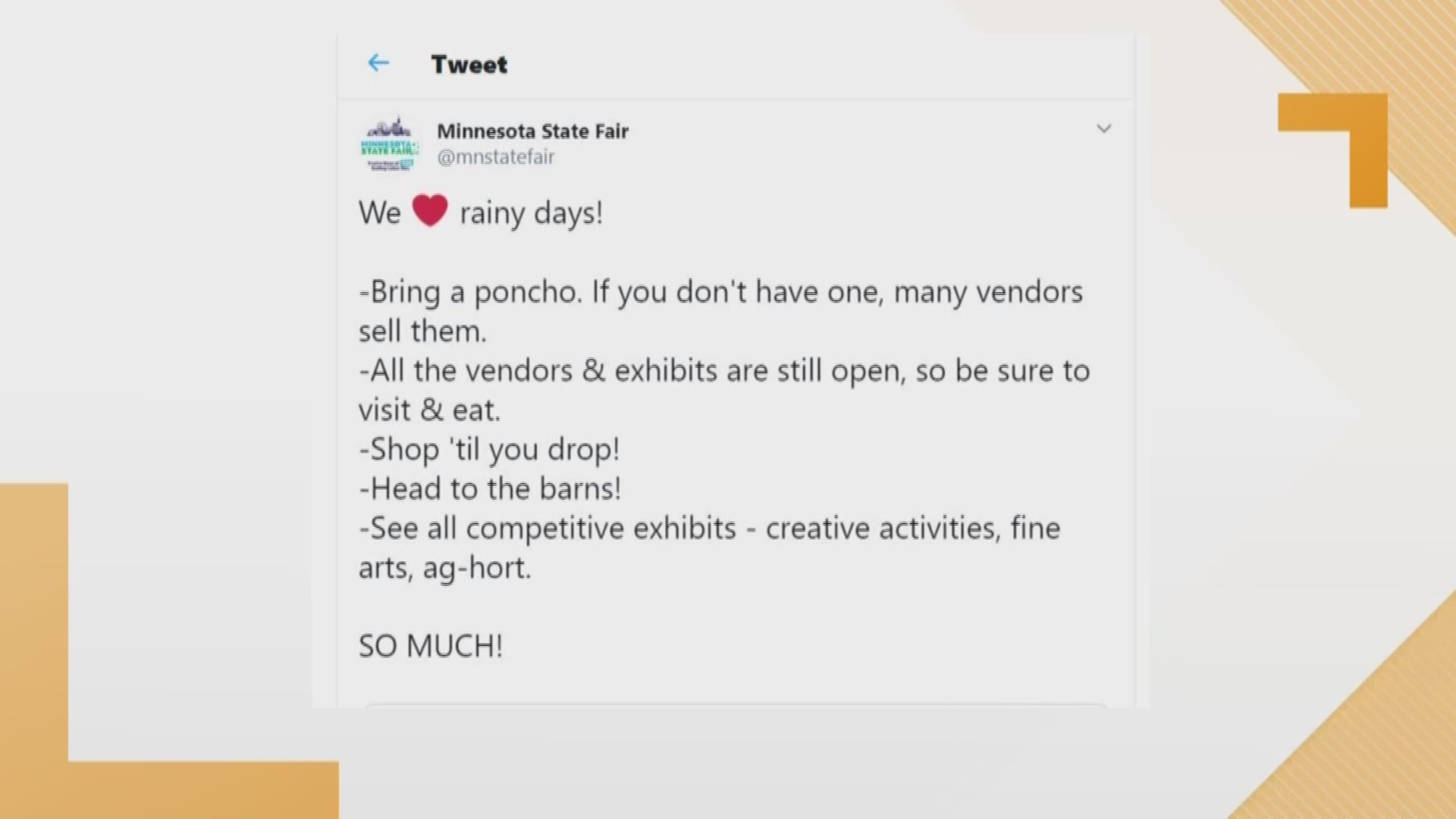 ST PAUL, Minn. — During the first few days of the Minnesota State Fair, the weather was just about perfect. Cooler temperatures and low humidity helped draw crowds to the fairgrounds in record-breaking numbers.

On Monday, that's going to change. Showers are in the forecast for the afternoon.

So what's a fair-fanatic to do? One woman tweeted at the Minnesota State Fair account asking for some rainy day tips, since Monday is the only day she can go.

@mnstatefair was quick to provide an optimist response. According to the State Fair, all vendors, exhibits and barns will be open despite the rain.

Visitors are encouraged to visit, eat and shop. Of course, you might get caught in the rain when moving from A to B to C.

The State Fair suggests either bringing a poncho or purchasing one from one of the many vendors who sell them.

On Thursday, the State Fair set an opening day attendance record, with 133,326 visitors.

The next day, 157,224 people came to the fair, breaking another record for second day attendance.

RELATED: How to walk at the MN State Fair

State Fair spokesperson Danielle Dullinger says the great weather at the start of the fair definitely helped with attendance, but says the new attractions and exhibits played a role in the numbers.

"We have our brand new North End, so we have a brand new building, free exhibits, our entertainment lineup is absolutely incredible. I think a lot of people
that come every year, the more likely they tell their friends," said Dullinger. 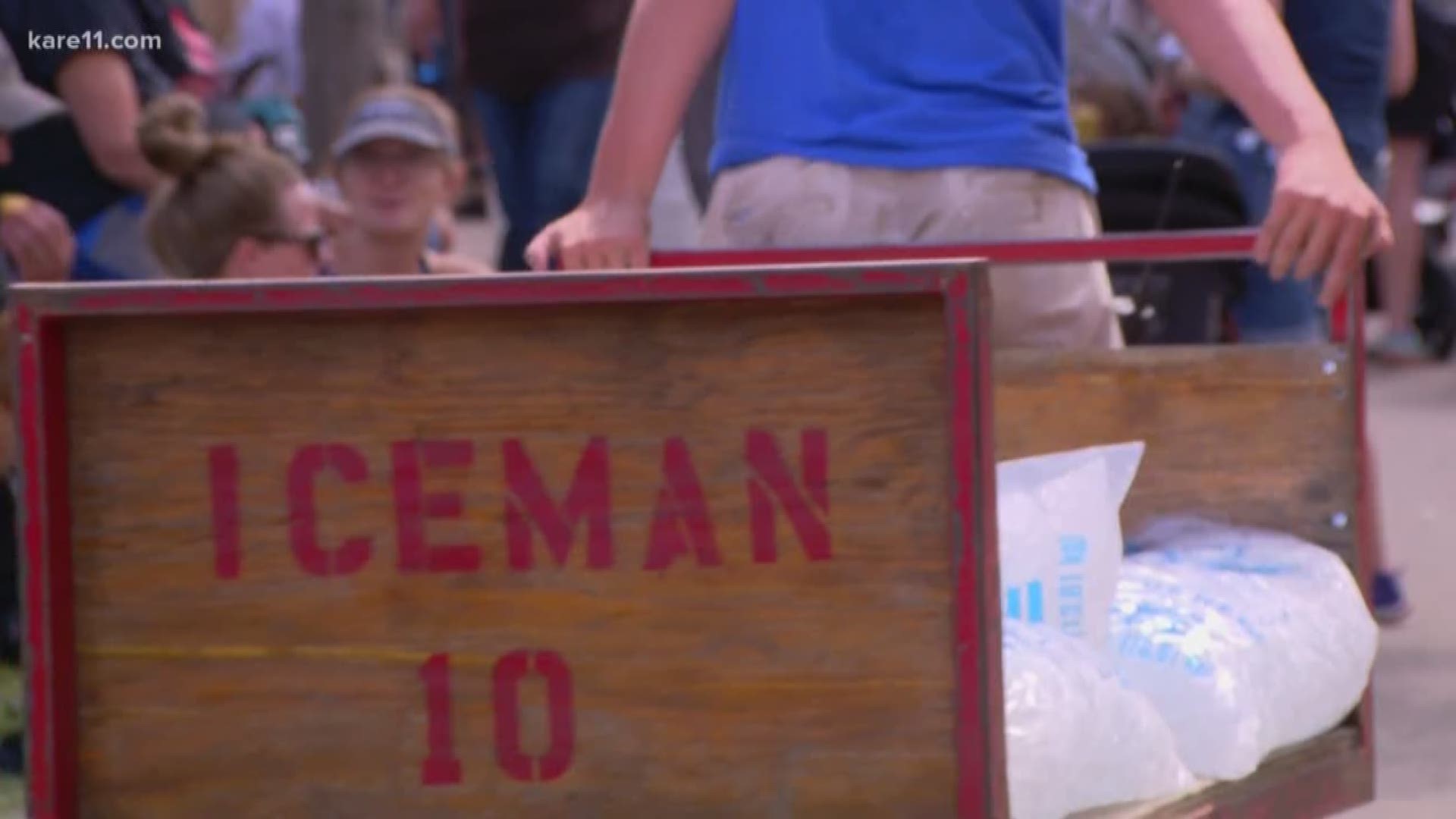