The Great Minnesota Get-Together is dishing out a buffet of new treats for this year's fair. 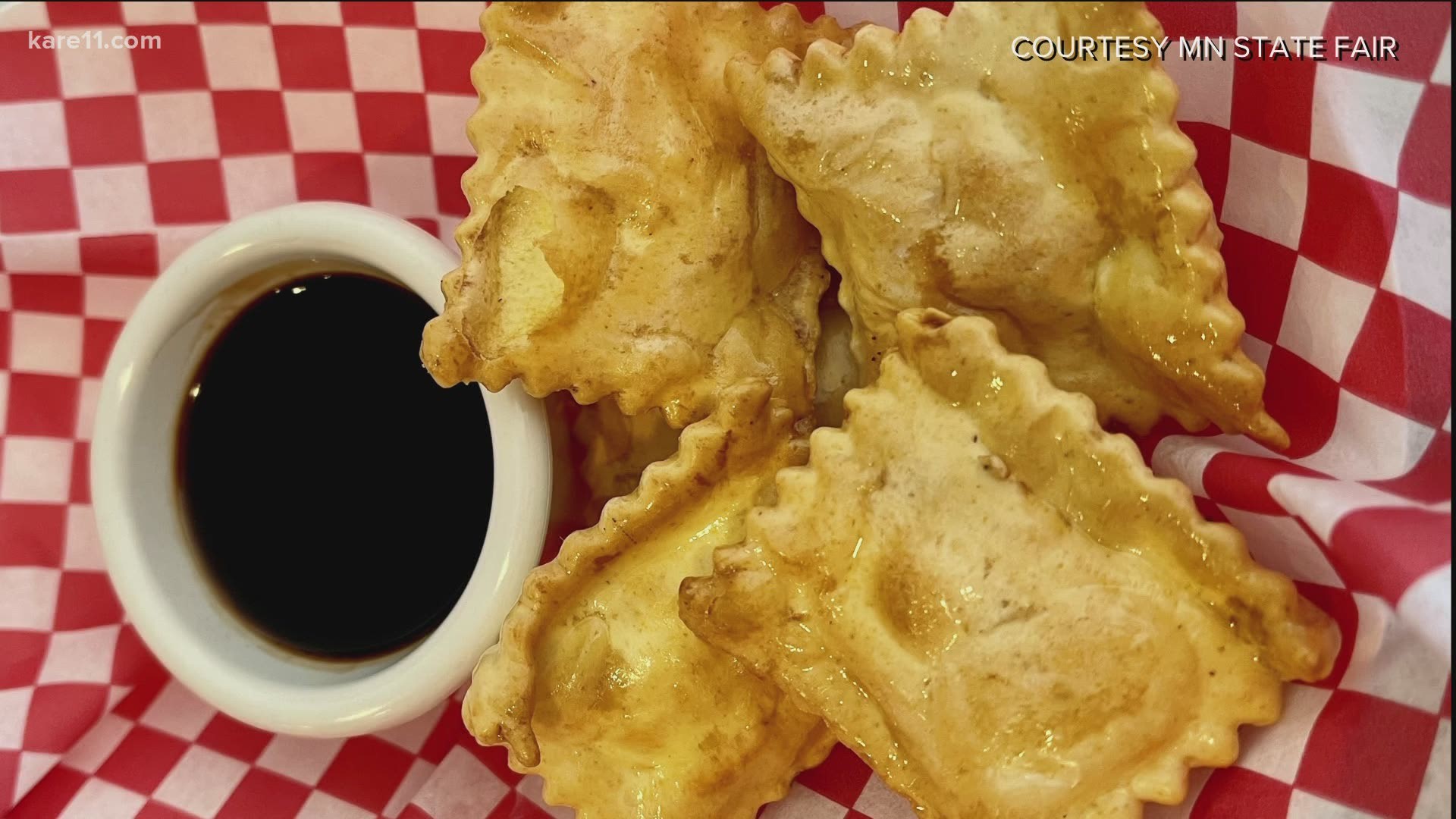 FALCON HEIGHTS, Minn. — The Minnesota State fair is known for many things – entertainment, exhibitions, the Giant Slide – but for many folks, the real draw is the food.

Pronto Pups, Sweet Martha's cookies and oversized plastic cups of lemonade will be joined this year by a veritable cornucopia of new foods.

Some of the new offerings include Bison Bites, a Northwoods-inspired meaty filled ravioli, the Blue Raspberry Blitzed, a hand pie filled with boozy berries topped with cotton candy and sugar, and La Floretta, oven-roasted cauliflower florets roasted in spices and served with a Calabrian sweet chili sauce.

And to wash down all these tasty new treats check out of the new beverage options, including a Cucumber Jalapeno Limeade, or one a new Lemonade Mocktail.

The New Scenic Cafe in Duluth is one of the three new vendors added this year.

Scott Graden is the owner of the New Scenic Cafe and says they have waited nearly two decades to get a spot at the fair.

"We were awarded our spot last year but COVID blocked the State Fair from opening, so everyone was moved up to this current year," Graden said.

The New Scenic Cafe plans on serving Sashimi Tuna Tacos out of an airstream.

"It's raw tuna with a little bit of avocado served in a wonton crisp shell," Graden said.

This will be Nordic Waffle's third year at the State Fair, and this time they will be serving up at least two new items.

Fair-goers can score a fried chicken with a mac-and-cheese waffle or a new sweeter treat.

"It's a classic ice cream sandwich that we then take some crunchy kettle corn, finish off with some chocolate syrup and sprinkles all inside a Nordic Waffle," said Jeremy Ely, the CEO of Nordic Waffles.

Not only will Nordic Waffles feature two new food items, they will also be expanding their stand at the fair.

Aasland says kids can submit their idea of a "dream waffle" at the kid's cabin. The winner will get two cases of frozen Nordic Waffles and have the waffle on the menu at Nordic Waffles in the Rosedale Center.

More information about all of the new food offerings are available at the state fair's website.

A full list of vendors and where they'll be posted around the fairgrounds can be viewed here.

IT'S HERE! 🍔🍩🥤😋 From savory to sweet, to on-a-stick or in-a-dish, we are thrilled to share with you the 26 new foods that will be offered at this year's Great Minnesota Get-Back-Together!

Read all about it - and start making your list of must-eats! 👉 https://t.co/dBazgDkIjU pic.twitter.com/I1RulF3n1W

Once you've eaten your fill, you can take a load off and watch one of the many free shows available every day at the fairgrounds. And you can give your wallet a rest too – these shows are all covered by the price of admission. Check out local music, lumberjacks and even performing dogs! Information about all of the free entertainment is available here.

Tickets for the fair are on sale now, at a pre-fair discounted price of $13 through August 25. Admission at the gates will be $16 for those ages 13-64, and $14 for kids ages five through 12 and those 65 and older. Kids under the age of four are always admitted free.

Get your tickets to the Minnesota State Fair here.