An agreement between the fair and Ramsey County Sheriff's Office will provide 24-hour security and up to 200 officers patrolling the fairgrounds each day. 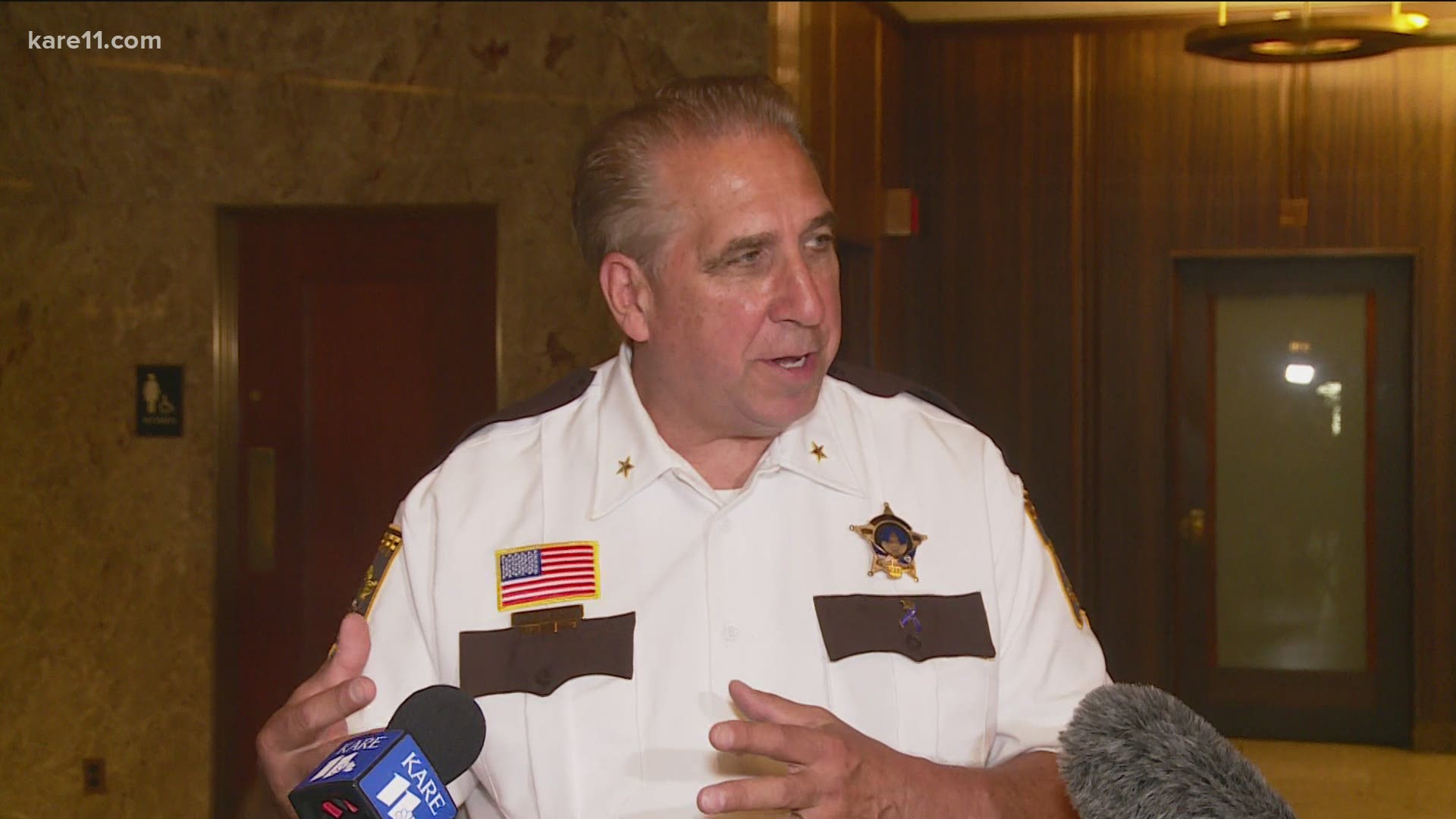 ST PAUL, Minn. — The Ramsey County Sheriff's Office will lead the security efforts at the Minnesota State Fair one month ahead of the gates opening.

The Ramsey County Board of Commissioners approved the Joint Powers Agreement Tuesday morning after more than two months of discussion between Sheriff Bob Fletcher, the state fair, and other county leaders, prompted by the elimination of the state fair's police force in May due to the retirement of the department's chief.

"We are in the best position as the Ramsey County Sheriff's Office to provide the highest level of safety that can be provided," said Fletcher in Tuesday's meeting.

The agreement provides 24-hour security for every day of the fair. The Board agreed that they'll ensure there will be "up to 200" officers per day to patrol the fairgrounds, although not all of those would come from the Ramsey County Sheriff's Office.

RELATED: The Minnesota State Fair Grandstand lineup is out!

Officials say the budget for this year's fair is $4.3 million, which is up from $2.4 million in 2019, but Fletcher says there will be a lot of changes.

"The addition of the State Patrol at the gates, metal detectors at the gates, private security at the gates, ambassadors on the ground, they've enhanced their camera system 10-fold," Fletcher said. "It's going to be much better for us in terms of surveillance and a larger contingent of law enforcement officers."

For most of the expected two million State Fair visitors, the metal detectors and extra security at the gates will be the most noticeable change, and as a result, will likely take longer to get through the gates. The ambassadors Sheriff Fletcher mentioned will watch for potential gang activity on the Midway at night and attempt to intercede before violence or fights can begin.

"We have an obligation to provide for the safety of the people coming to our county, as well as the people living here," said Fletcher.

County commissioners expressed some reluctance to take on the potential liability for the county if something goes wrong, but State Fair General Manager Jerry Hammer says this is how most large fairs and festivals around the country handle law enforcement.

"When you combine all of this, it really provides the most comprehensive and solid public safety program that we can," said Hammer.