Corwin Diamond's woodworking entry contained a special message for his girlfriend: 'Will you marry me?' 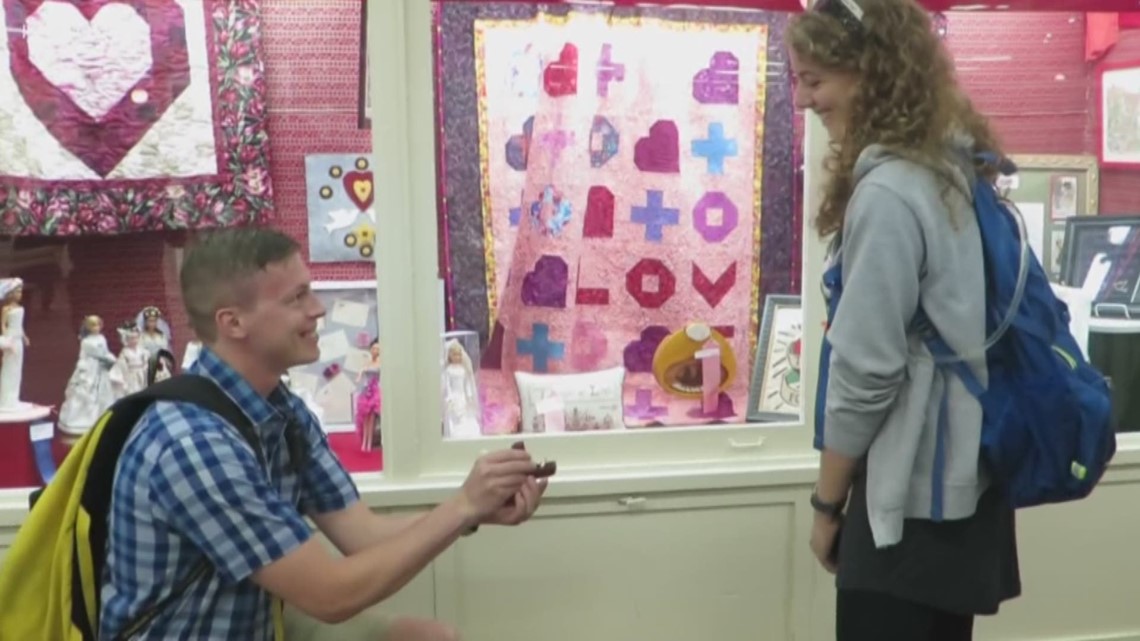 FALCON HEIGHTS, Minn. — The Minnesota State Fair was the backdrop for a truly creative marriage proposal.

It started when Corwin Diamond decided to make his first-ever entry in the Fair's annual Creative Activities Competition. He told his longtime girlfriend, Mary Gertner that he planned to build a guitar for the competition; secretly, however, he was planning to ask her to marry him.

Instead of a guitar, Diamond's competition entry was actually a wooden frame in the shape of a diamond ring. Written on the ring were the words "will you marry me" in German, a language that Gertner had studied in college.

On the first Friday of the State Fair, Diamond invited Gertner to see his creation in the Creative Activities Building. Once she realized what was happening, Corwin got down on one knee and popped the question.

READ MORE: The KARE Ear hears you at the State Fair: 'What are you proud of?'

Diamond's elaborate proposal plan had been in the works for months.

"I started thinking about it in February, but the plan came together when I asked her father for permission back on Memorial Day," Diamond said, when the now-engaged couple appeared during the 5pm News from the KARE Barn.

Gertner said she was surprised by the proposal, though she did have her suspicions.

"He said I couldn't see the guitar when he was making it, and that was a little fishy," Gertner said. "He didn't actually finish the guitar. He made this instead."

Gertner and Diamond have been together for more than two years, and share a passion for many other activities, including rock climbing and swing dancing.

READ MORE: Quiet amid chaos: Places to recharge at the State Fair