Many small businesses throughout Minnesota set up booths at the Minnesota State Fair. 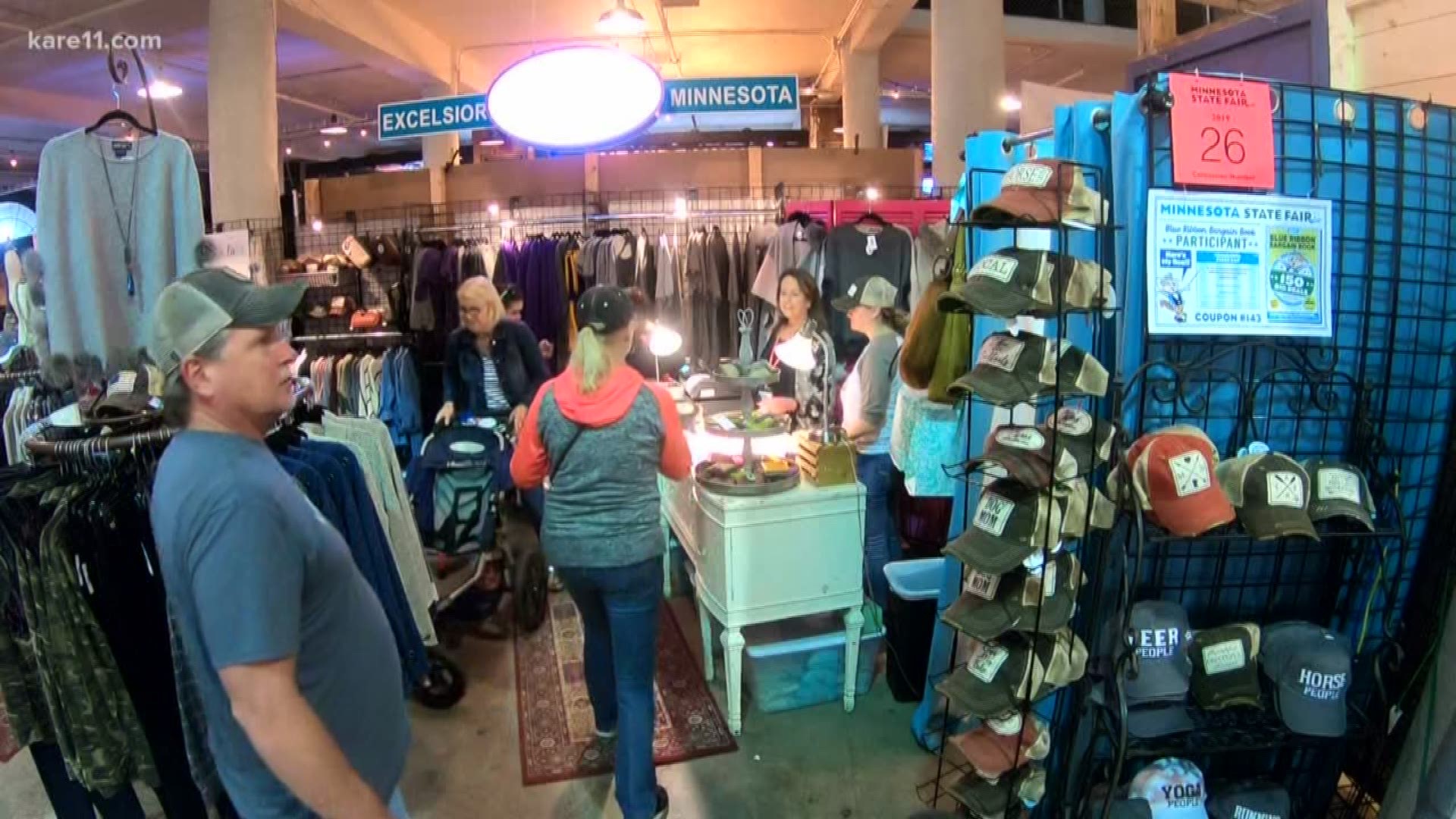 FALCON HEIGHTS, Minn. — 12 days of big crowds at the Minnesota State Fair in Falcon Heights, and at least five of them have been record crowds.

Nobody appreciates those crowds more than the folks setting up shop in the Grandstand.

"A lot of our stuff is locally made," said Connie Frederick at her Ooh La La Boutique booth. "They come back just to shop here and then they'll come out to Excelsior."

Connie has a 22-year-old brick-and-mortar store in Excelsior, and for three years now she has paid to have a booth at the Minnesota State Fair.

"Great exposure. We have people that come from all over," said Frederick.

Lauren VanScoy at the Essence One booth also has a store called Six For Good at Rosedale Center. This is her second year with a state fair booth.

"Now that I have a booth it's part of people's traditions," said VanScoy. "Meet people face to face tell them about the store."

She also has seen a boost in revenue year-round.

They will continue to use "The great Minnesota get-together" as a business game-changer.