A big box of corn dogs, cheese curds and even Sweet Martha's cookies can be ordered for delivery starting in late August. 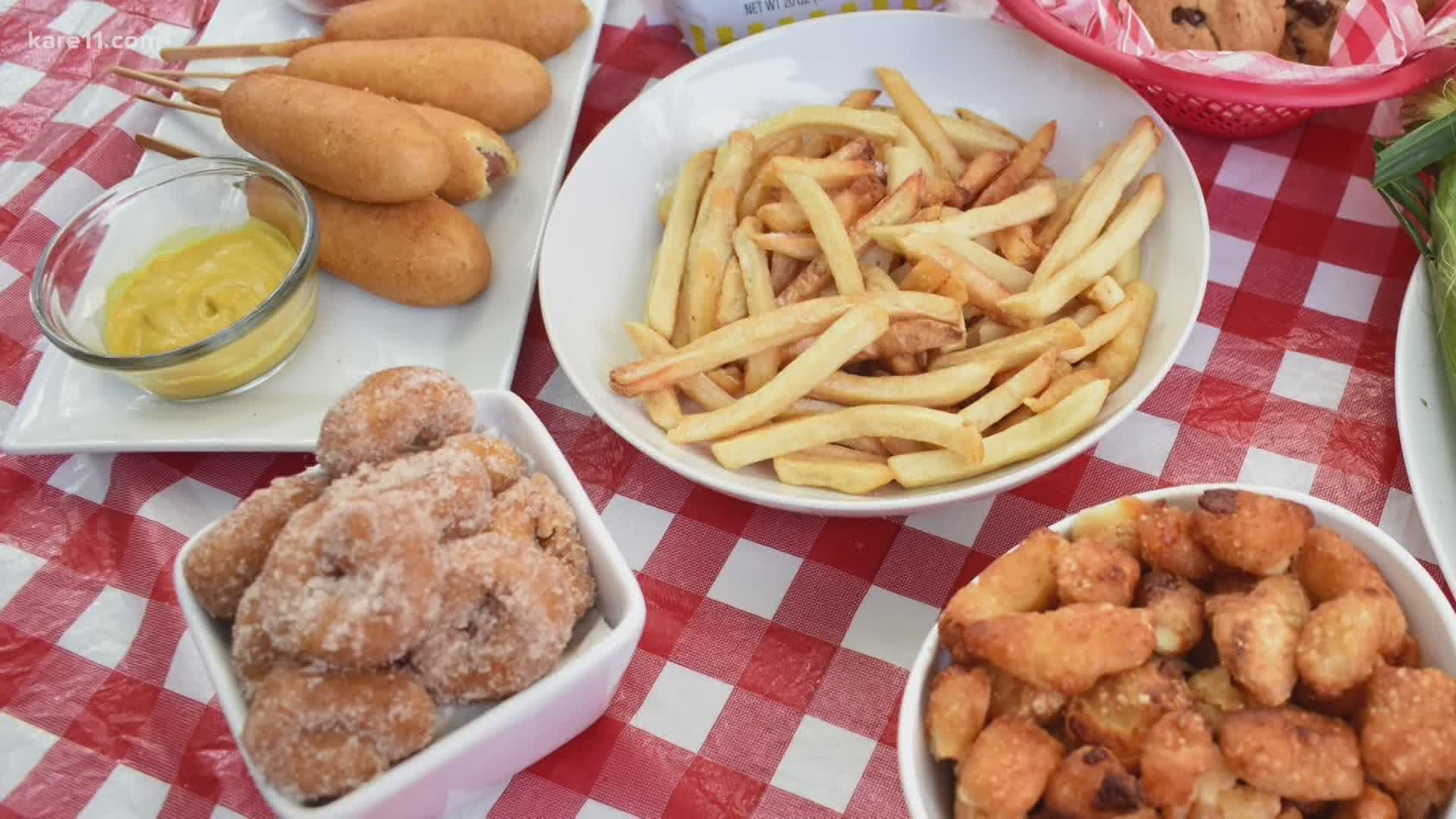 MINNETONKA, Minn. — Bummed by the cancellation of the Great Minnesota Together?

Miss out on your chance to get tickets to the sold-out Minnesota State Fair food parade?

A Minnetonka-based company is helping Minnesotans get their fair food fix at home.

State Fair to Go launched at the end of July, taking orders for a package of fair favorites like cheese curds, corn dogs, and mini donuts. The food will arrive in a big "to go" box, with the first deliveries timed to coincide with the traditional start of the Minnesota State Fair during the week of Aug. 17.

"I had no idea what the public response would be, and man are they excited about this," Zamansky said. "As an entrepreneur, this has been a blast."

Zamansky is the CEO of another company, Dining Delivered, which specializes in corporate catering and food delivery. He credits his sister, Shoshana Mann, for coming up with idea for State Fair to Go as the coronavirus pandemic was affecting businesses, and led to the cancellation of the Minnesota State Fair.

"It's a cool way to see Minnesota come together," Zamansky said. "Putting people back to work, whether it’s a farmer, or my sister, who’s a graphic designer."

Mann's Positive Seven Marketing designed the website, and Zamansky lined up the food. Zamansky said they also worked with Mike Fiterman, Chairman of Liberty Diversified International.  State Fair to Go doesn't have any association with the official Minnesota State Fair, but Zamansky was able to secure participation from the some the fair's biggest names, including Sweet Martha's Cookies.

Just days into the venture, Zamansky says he's already being contacted by fairs in other states.

"We're seeing a change in the way people buy and consume food," he said. "This gives people something exciting they didn’t even know they wanted."

Zamansky expects the boxes will sell out, but he continues to increase his own orders from the vendors to meet as much of the demand as possible.

"It feels good to know this is going to make so many people around the state happy," Zamansky said.

So what's next?  Zamansky said they're looking to Halloween.

Find out more on the State Fair to Go website.