The butter sculptures are back; here's how to watch

The Minnesota State Fair may be canceled but the butter sculpting tradition continues. 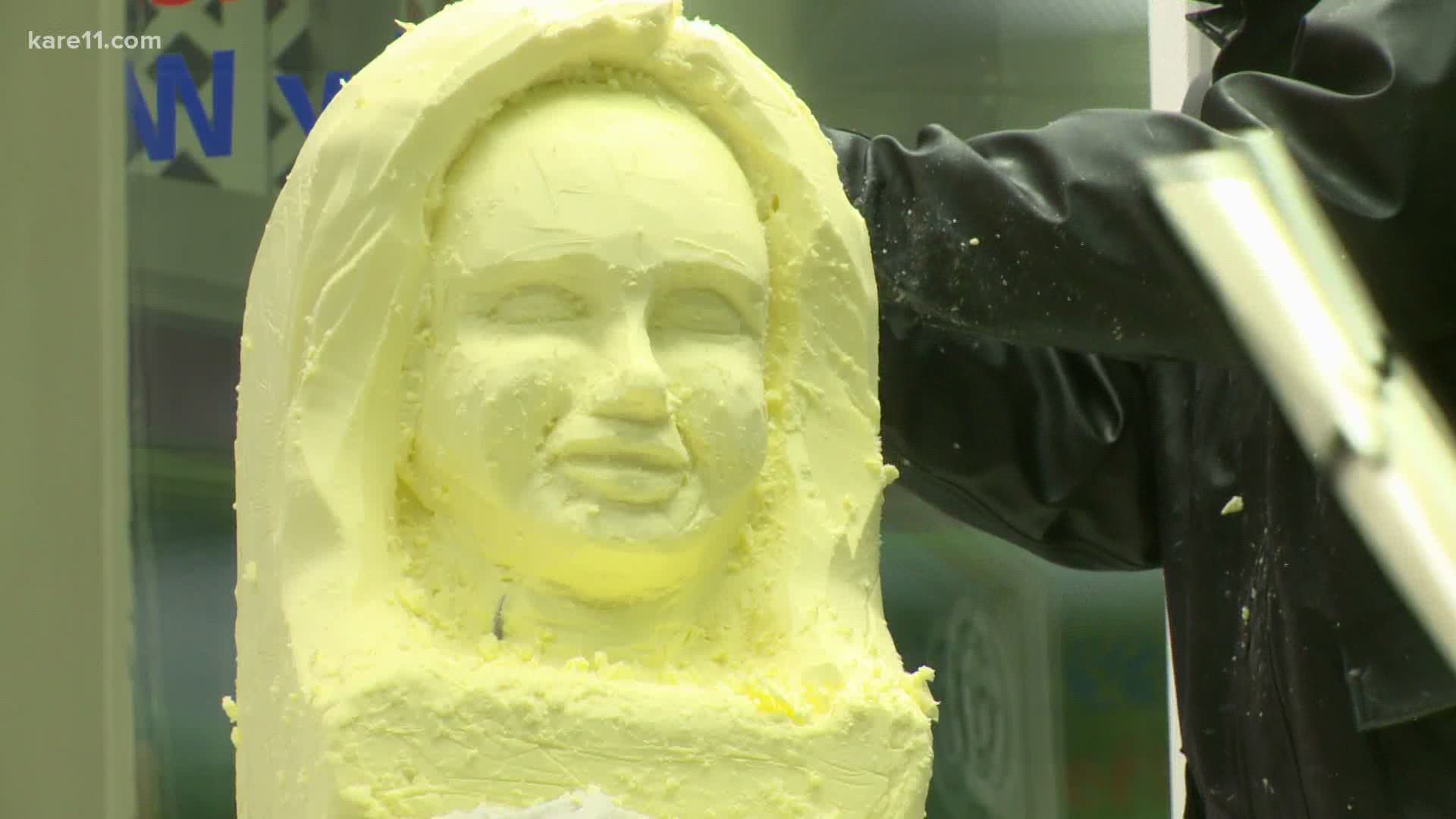 FALCON HEIGHTS, Minnesota — If not for the pandemic, the Minnesota State Fair would be starting in two weeks.

Even though it's canceled this year, some state fair traditions are continuing.

Thursday morning, the newly crowned Princess Kay of the Milky Way was in the Dairy Building getting her likeness carved in butter.

"As a little girl, I always loved coming to the state fair and I think it's a favorite tradition for so many of us," said Brenna Connelly of Byron.

Connelly is the 67th Princess Kay of the Milky Way, serving as the goodwill ambassador for Minnesota's dairy farmers.

"I'd watch the girls be in the same position getting their heads sculpted in butter and so to be sitting here right now is absolutely a dream come true," Connelly said.

But unlike previous years, the butter sculpting is not happening during the fair and it's closed to the public. You can follow along with live updates on the Princess Kay Facebook page.

"Because of the pandemic, everything is a little different now," said Gerry Kulzer of Litchfield, who is sculpting all 10 butter heads.

It's his first year in charge. Kulzer auditioned to work under Linda Christensen two years ago. Christensen has been the state fair butter sculptor for 48 years.

This year, Kulzer was supposed to sculpt three to four of the butter heads while Christensen did the rest. However, because of COVID-19 Christensen did not want to travel from her home in California to Minnesota.

The @mnstatefair may be canceled this year but the butter sculpting tradition continues! It's closed to the public but you can follow along w/ live updates on the Princess Kay Facebook page: https://t.co/lTSsqek3nO. @kare11 pic.twitter.com/IuB0PgWtWo

"I kind of jumped in with both feet to the fire and do my best," Kulzer said. "I'll do whatever we need to keep it going."

On Thursday, Christensen joined the butter booth, via Zoom, to give Kulzer some tips.

While some things have stayed the same, like the 90-pound block of butter, they've had to make changes to the setup. Plexiglass is placed between Connelly and Kulzer and they both wore masks.

"When Gerry needs to sculpt the bottom half of my face that's covered in the masks, I get to step outside and sit on a stool so that he can see the rest of my face," Connelly explained.

Connelly's mom, Heather Connelly, said, "It looks very different in here from year's past but it's exciting for her to lead this way, this year in this trying time."

Kulzer still needs to carve nine more butter heads. Again, it's closed to the public but you can watch live updates from the Princess Kay Facebook page every day until August 22.