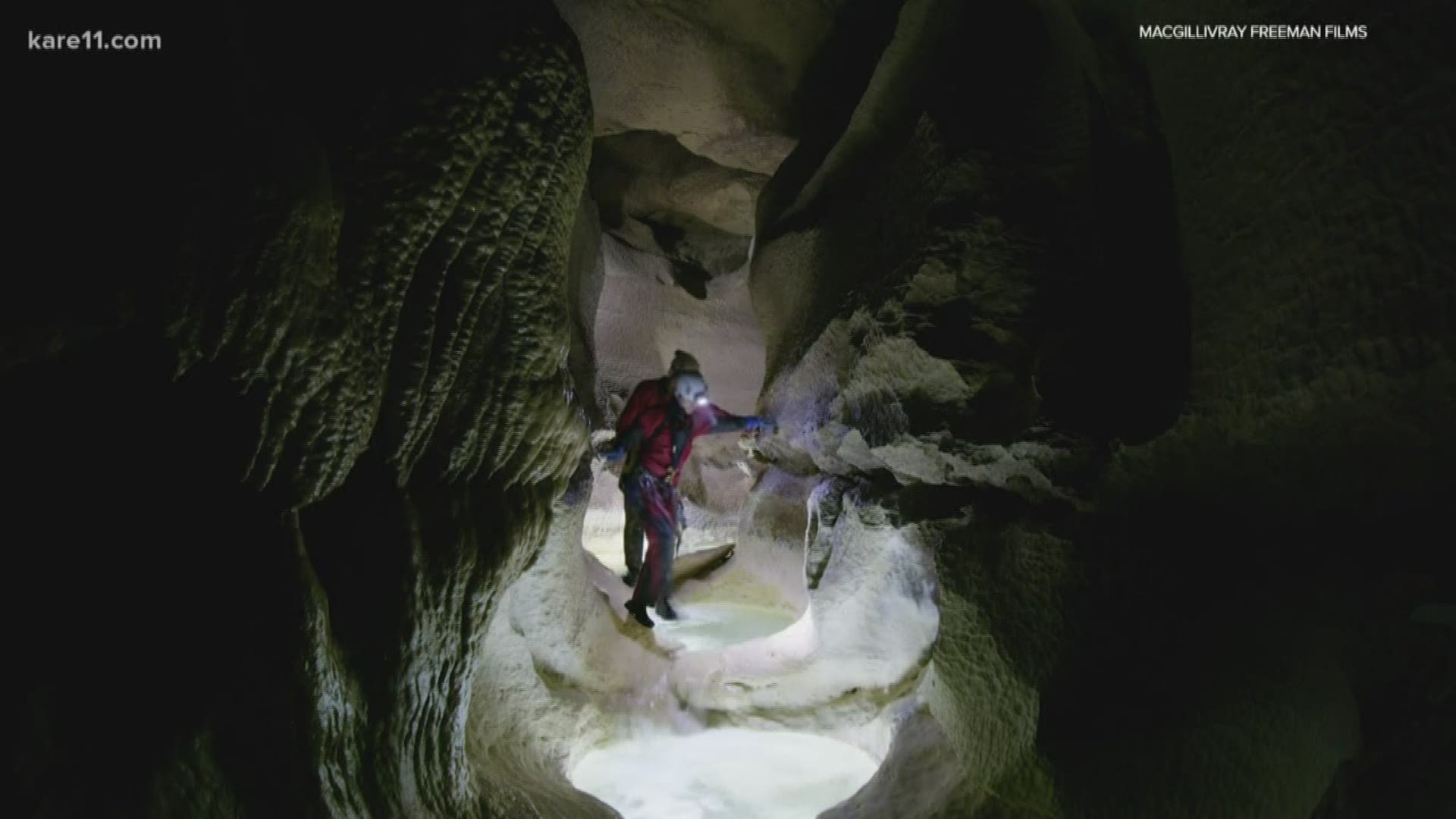 SAINT PAUL, Minnesota — The Science Museum of Minnesota is digging deep within the Earth’s climate history for an all-new adventure.

Ancient Caves opens to the public Friday, March 6, 2020 at the museum’s William L. McKnight 3M Omnitheater in Saint Paul. From an extensive cave network in southeastern Minnesota to Devil’s Hole in Death Valley National Park to the Crystal Caves of Abaco in the Bahamas, movie-goers will delve into these hidden places that even IMAX cameras have never gone before.

Scientist Dr. Gina Moseley and Mike Day, Ancient Caves executive producer at the Science Museum of Minnesota, said viewers can find science and adventure in the world around them in this new Omnitheater movie.

As a paleoclimatologist featured in the film, Dr. Moseley uses caves as time machines to find information from the past that can inform fellow scientists about our planet's future. Movie-goers will also discover that climate science is locked within the elaborate rock formations of some of Earth’s most beautiful caves on the Omnitheater's 90-foot domed screen and newly-unveiled IMAX digital laser projection.

Ancient Caves is a Science Museum of Minnesota original production. The museum has a 113 year history of bringing science learning to life through hands-on exhibits, giant screen films, and unparalleled educational opportunities that reach people in Minnesota and around the nation each year. For Ancient Caves tickets, dates, showtimes or science museum hours, click here. Or,  call (651) 221-9444.