The popular craft beer spot will not be renewing its lease, according to the restaurant's Facebook page. 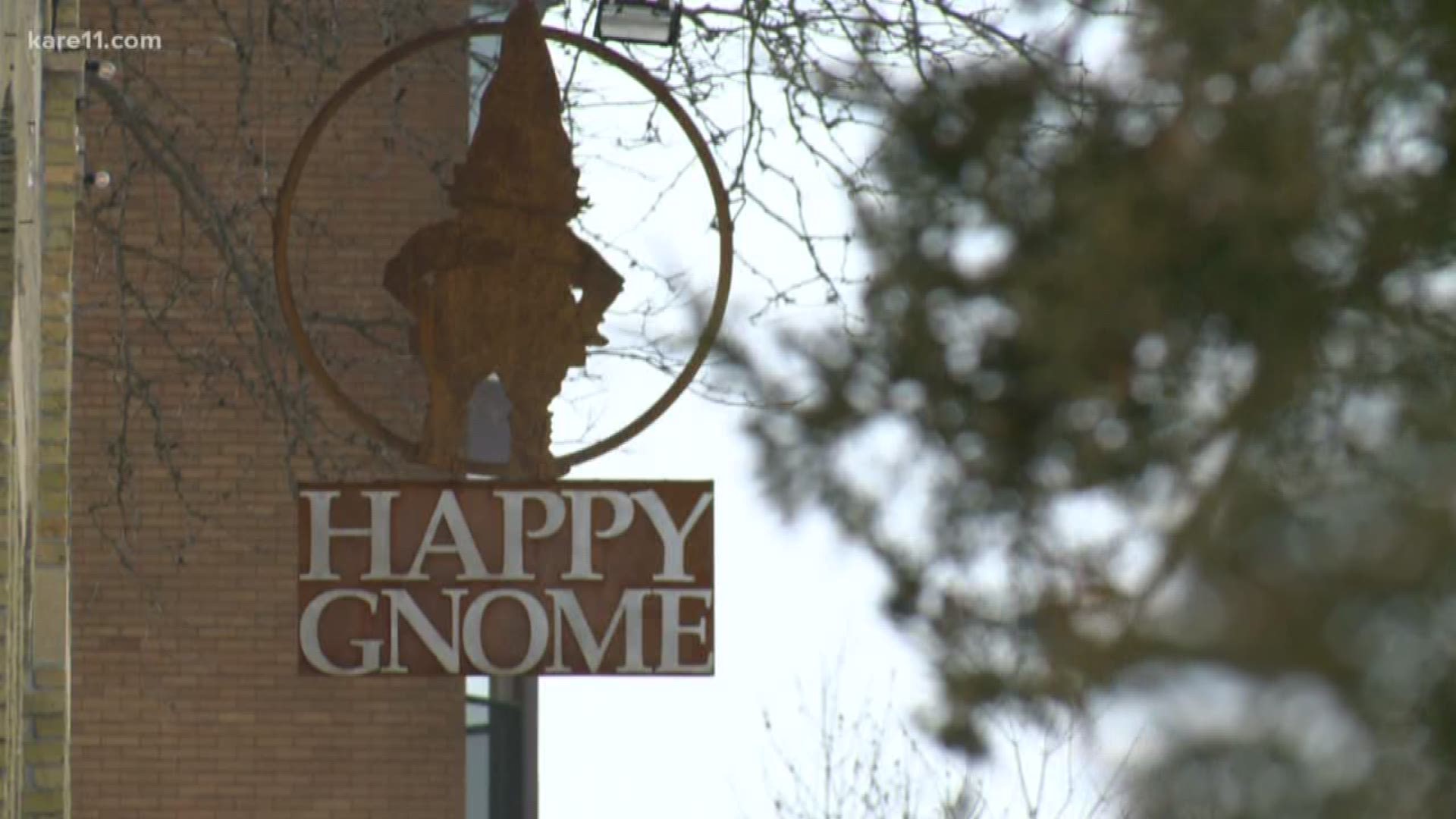 ST PAUL, Minn — The Happy Gnome, a beloved craft beer spot, will not be renewing its lease. The gastropub announced on social media that Sunday, Dec. 22 will be its final day of business.

"It's difficult, you know. I've been involved with The Gnome for about 8 years so... it was not a decision we came to lightly," Operations Manager Anne Marie said.

Marie said a variety of reasons led to the decision to close The Happy Gnome.

"Partly because the lease was up for renewal, it seemed like a good time to to close. Also, our owner Tony (Andersen)... he was diagnosed with cancer almost exactly a year ago. So he's been dealing with the cancer. He's had surgery, radiation, and so that definitely played into our decision not to renew our lease," Marie explained.

The day after the announcement, fans of The Happy Gnome filled the place for one last drink.

"Everyone's sad to see it go. With Fern's closing down and The Muddy Pig closing down, I don't think it's good for the neighborhood," said Michele Kerry of St. Paul.

Karl Hakanson of St. Paul comes to The Happy Gnome a couple times a month and said, "Very surprising... my favorite watering hole and bar food."

When the place opened 14 years ago, it was at the beginning of the craft beer boom in the Twin Cities. With 90 craft beers on tap, it went on to win local and national awards. In April, Thrillist named it one of the 31 best beer bars in America. The place is also known for its food.

"Definitely the poutine," said Angela Byrne, who works in downtown St. Paul. "I think it was the first time my husband and I had real poutine with actual short ribs and homemade gravy. It was amazing."

While Byrne came to say goodbye Tuesday, Kerry is going to try and fit in one more visit.

"Whoever gets this space should do something similar. Like I said, I think it's really good for the neighborhood for this place to be here," Kerry said.

It's unclear what will happen to the space next.

According to Marie, about 60 employees are affected by the closure.

"It's terrible timing with the holidays. The way things worked out with the lease, we were only able to give the week's notice which we truly hoped to be able to give them more time... to find other placement," Marie said.

Those wanting to catch one last pint at The Happy Gnome will have until the end of the evening on Sunday, Dec. 22.