How the 'Citizen Kane of bad movies' made it big

Ross Morin was teaching at St. Cloud State a decade ago when he said something about "The Room" that changed everything. 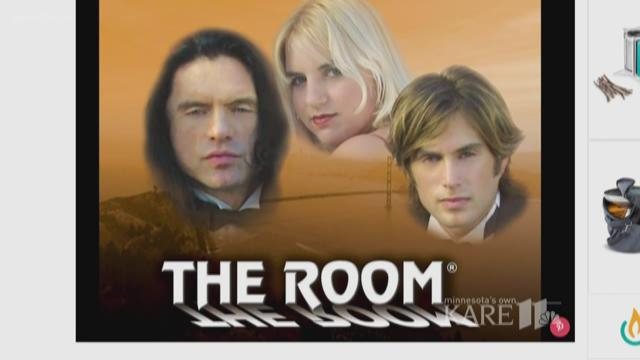 MINNEAPOLIS - It's a long, funny story. And James Franco is telling it in "The Disaster Artist," based on the making of the 2003 film "The Room."

"The Room" is considered by many to be the worst movie ever made.

Ross Morin is an award-winning filmmaker and professor at Connecticut College, and "The Room" is a part of his curriculum.

Morin was teaching it at St. Cloud State ten years ago. That's when "Entertainment Weekly" called him, asking him about "The Room."

"You know, he asked me what I thought about it. I said a bunch of things and ultimately I said it was the Citizen Kane of bad movies," said Morin.

"Citizen Kane," which is thought to be the greatest movie ever.

Morin's quote blew up; it was featured in EW's article "The Crazy Cult of The Room," helping this horrible film go mainstream. A book was written in 2013, and now a major motion picture that's earned two Golden Globe nominations for Best Picture and Best Actor.

"I'm thrilled that this little sentence that I said about being the 'Citizen Kane' of bad movies is in some way attached to the success of this movie because I love 'The Room,' it is my favorite film," said Morin.