'Yawn. We've seen it all before, and done a lot better.' 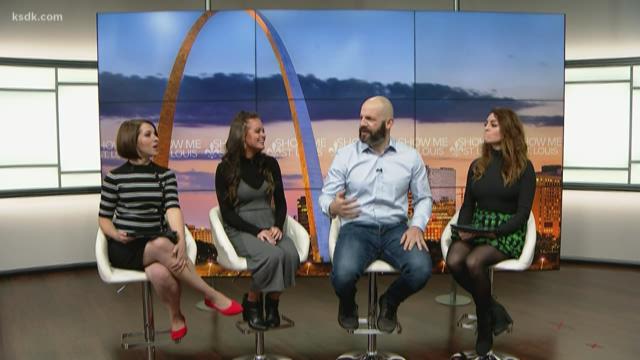 ST. LOUIS — Maleficent (Angelina Jolie) wants to see her daughter, Aurora (Elle Fanning), marry a human about as much as she would like to host a barbecue: little to none.

That all changes when Aurora reconnects with Prince Philip (Harris Dickinson), the heir to the throne of a rival kingdom. It's safe to say that harmony, chaos, and battle ensue for the following 110 minutes of "Maleficent: Mistress of Evil," a sequel to the 2014 Disney hit film.

Listen up. This is a laborious watch. You will find yourself adjusting in the seat eight to ten times, and checking the watch or phone. Disney doesn't often bore a viewer, but I found myself counting down the minutes in my head, waiting for this predictable affair to reach its end.

Maleficent is opposed by Philip's mischievous mother (Michelle Pfeiffer), who carries as much disdain for the powerful fairy Queen as anyone. It's all about power in the end, and the willingness to live together or let war decide who the true kingdom is.

Yawn. We've seen it all before, and done a lot better. I wouldn't call "Maleficent 2" a bad film, but I couldn't dare label it a good one or call for you to head out and see it. It's the shiny toy in the fancy packaging at Target that you buy thinking it will consume your summer playing time, only to find out its voice box puts out two generic sounds and it falls apart easily.

Director Joachim Ronning spins plenty of dazzling visual palettes, but the script carries three different sets of hands and doesn't do anything bold with the material. Oh, except for trying to make a classic Disney villain a protagonist. If you are going to get Jolie in this role and do two films, don't go soft on the viewer. It's all a plea for dollars and attention without an ounce of true cinema. Attention Martin Scorsese: A Marvel film has ten times as much cinema as one of these CGI-inflated expensive cartoons in motion.

The acting is subpar at best. Jolie is cashing a paycheck while Fanning and Pfeiffer have one speed. Ed Skrein basically grunts through his part and Sam Riley tries to infuse humor to the often times heavy-handed drama only to come up short. I literally wanted to rescue Chiwetel Ejiofor from a thankless role. The ones who fare the best are the tiny fairies played by Juno Temple, Lesley Manville, and Imelda Staunton. They are tiny CGI specs with a halfway recognizable face of the actress attached.

I have an idea of what "Maleficent: Mistress of Evil" wanted to be: a big, bombastic, beautifully spun fairy tale about good and evil colliding, but in the end it was an extended lackluster rendition of old cliches and morals. I didn't watch the first film, but I am not sure a bother should be given at this point. I found Jolie's cheek bones to be more haunting than anything on screen.

I'll pour one out for Ejiofor and hope Jolie got a big enough paycheck here to go direct something as ambitious as "Unbroken" in her next project or go for a headline acting gig that challenges her core like Jennifer Lopez did this year with "Hustlers."

Here's the scoop. "Maleficent: Mistress of Evil" is for hardcore Disney fans only. For everyone else, go watch a true Disney classic like "Beauty and the Beast." There was true, heartfelt intent there.

RELATED: Review | 'Lucy in the Sky' is an erratic and deceitful space snooze