A new production of Albert Herring will give audiences a new - free - option to safely watch a classic operatic comedy. 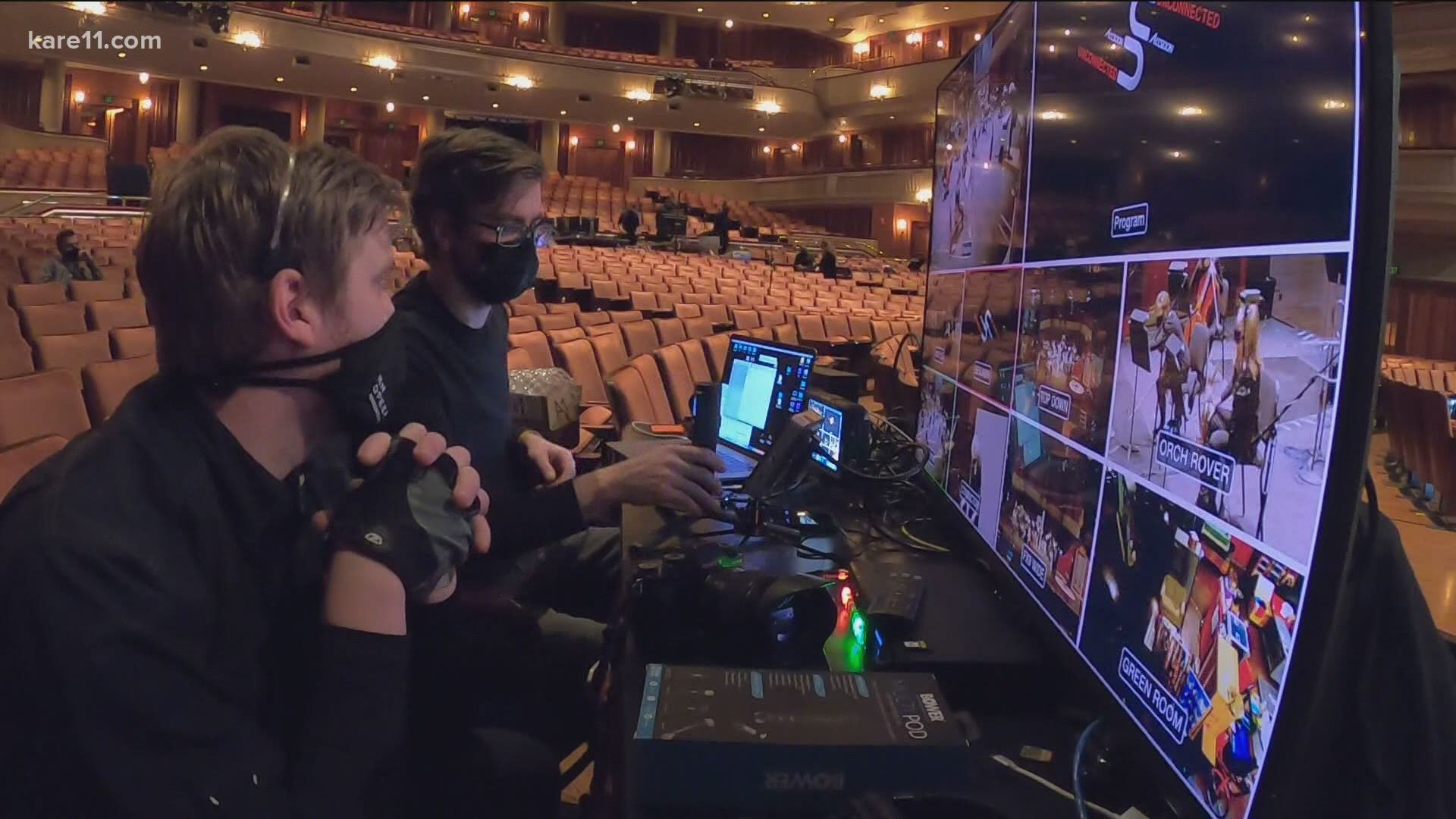 MINNEAPOLIS — At a time when COVID vaccinations are climbing, new cases are falling and restrictions are easing, many Minnesotans are eager to get back to normal.

But not all events are ready or able to welcome back crowds.

"Of any activity there is, singing the way an opera singer sings is one of the riskiest things because you're going to breathe deeply and you exhale a whole lot of air," said Doug Scholz-Carlson, a long time stage director working with the Minnesota Opera. "It's really tricky. There really isn't a way to get an audience into the space because it simply wouldn't be safe for an audience right now."

That's why, a year after the Ordway Performing Arts Center closed it's doors and cancelled shows in St Paul, Scholz-Carlson is helping the Minnesota Opera warm up for a unique COVID comeback.

"What you can hear in the background, they are doing mic checks," Scholz-Carlson said, showing KARE 11 behind the scenes of a new production underway inside the Ordway. "We don't usually use mics in opera, but because we are filming it, we have to have mics."

Though he's not a movie director, Scholz-Carlson is directing a new production of the opera, Albert Herring. The directing team reconfigured the entire production for remote viewing and COVID safety.

"It's been crazy," Scholz-Carlson said. "So first of all there's the COVID spacing. In order for the singers to be able to sing in performance without masks they need to have four feet on either side of them and four feet to the back and 12 feet to the front of them at all times. In addition, the orchestra is in the back and we can never sing directly at the orchestra, so all of that has gone into the filming."

And unlike most other recorded operas, even the film crew had to be accounted for on stage.

"Each act is one single tracking shot, which means there is a camera operator moving around the stage and that camera never turns off," Scholz-Carlson said. "Luckily, we've had a lot of time to work on it and a lot of time in rehearsal. We've been in rehearsal about six weeks."

That's been just enough time for the cast to adjust their style. Instead of acting and singing for spectators all the way in the back, they're interacting with a camera all up in their face.

"It's actually very, very fun," said David Portillo, who plays the title character, Albert Herring. "It's a very different set of acting experiences and skills that I didn't know that I needed."

Kent Erdahl: "What does it feel like to be back here?"

Portillo: "It's an incredible experience. The first days of rehearsal were kind of overwhelming emotionally because you were very excited to get back and going but it was also very much a release of emotion."

Erdahl: "Was there any hesitation?"

Portillo: "Yeah, I think that COVID... I'm still being careful because I know that I don't want to transmit this thing that could change somebody else's life forever. This illness can effect our livelihoods. Whether it's our lungs, whether it's our throats... it can take you down for however long. The unknowns about that, I think, are the hardest part."

"It's because, in the story, this did take place during the height of scarlett fever," he said. "I get to wear this mask to symbolize that I don't want to get scarlet fever from one of the girls that runs into the grocery shop. I did this opera many, many years ago and I never thought that that was something that we would do in real life."

Of course the cast never thought they'd be part of a production with so many COVID protocols either. Though it's not the same as a live performance, Scholz-Carlson says it has the potential to be something special.

The Minnesota Opera production of Albert Herring will debut on May 22. You can read more about the production and eventually watch it for free on mnopera.org.