The famous music artist has even offered to provide a song for the flick's soundtrack, the filmmakers said. 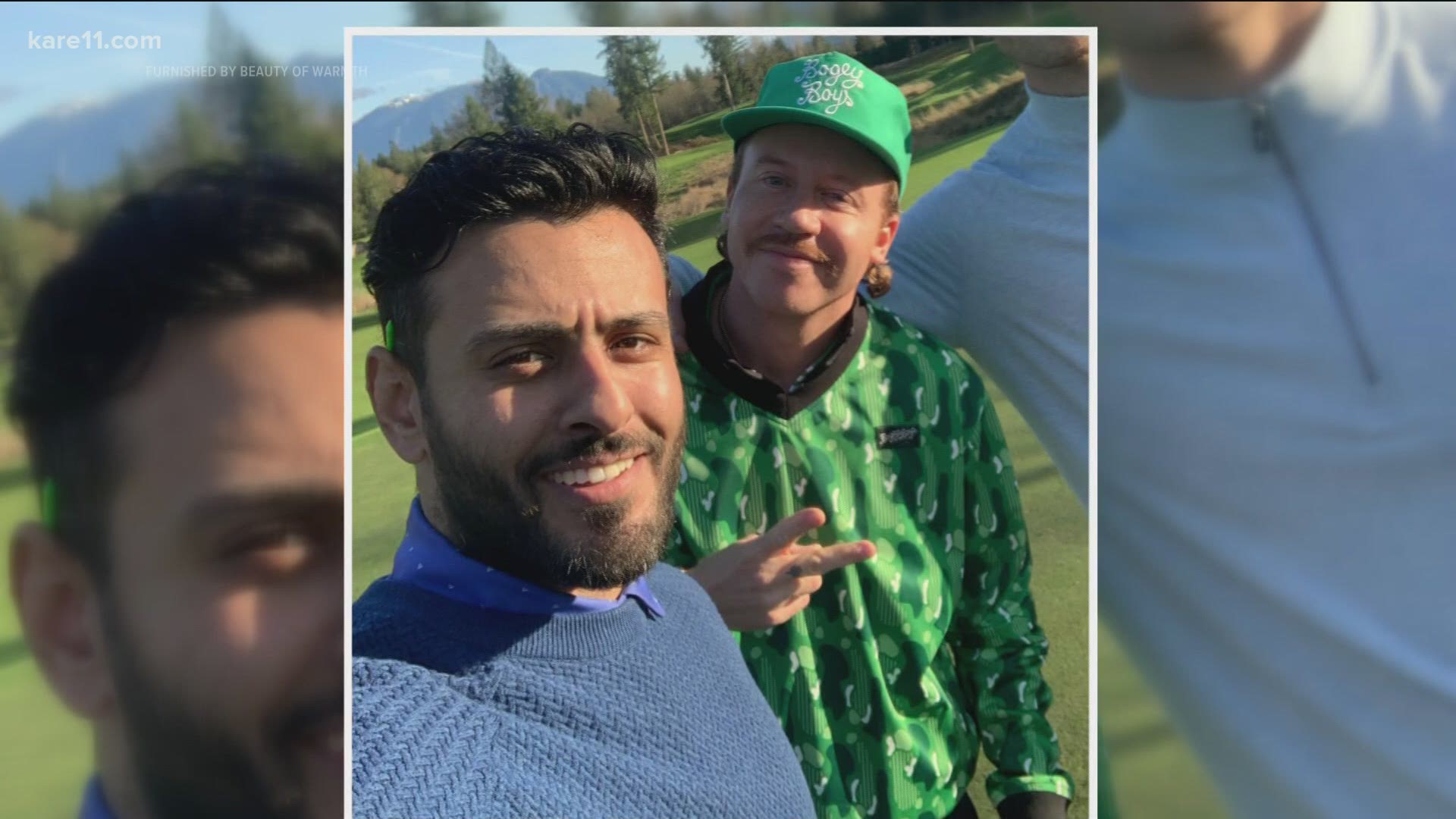 MINNEAPOLIS — "Beauty of Warmth" starts as a happy sappy love story. But the plot thickens to reveal a grim reality. Opioid addiction.

"I have witnessed a lot of people go through this," Khalil said. "Friends, family...personally on some levels, I was an athlete growing up and dealt with some injuries where I was prescribed pain medications where you don't realize what they do."

According to the latest available Centers for Disease Control and Prevention data, 792 people in Minnesota died of opioid overdose in 2019. That's a 23.5% increase from the previous year.

For Khalil, it's personal. A friend died of an overdose, he said. So when actor Ahmed Mawas read over the script and asked to be cast, Khalil needed to ensure he understood the nature of the role.

"I said, 'This is a role of somebody who is suffering immensely from something you haven't suffered from,'" Khalil recalled.

He put Mawas to the test with what was supposed to be a simple table read.

"I thought he was completely going to flop and quite frankly I did it because I thought that would be the best way to let him down that I can't give him this role," Khalil said. "He absolutely crushed the scene. I mean this guy was on the streets of North Loop absolutely bawling."

He got the part. Actress Melissa Paakh also stars in the film.

"This is probably one of the toughest roles I've played," Mawas said. "Tamir and I spent a lot of time together. Lots of research had to be done."

Khalil had written scripts before but this was his directorial debut. Already, the feedback is good. In fact, while on business in Seattle, Khalil met Macklemore. He says the major music artist ended up watching his film.

In addition to sharing the trailer on Instagram, the "Beauty of Warmth" production team says Macklemore gave them a song to use in the soundtrack of their Minnesota-made film.

"I was flattered," said Mawas, who is also a co-producer. "It was kind of reassuring especially because the nature of the role so that was very nice. I consider myself being very lucky to be part of this project and Tamir knows I'm so grateful for this because I think this is going to be huge for all of us."

Not only for their careers but for public education as the movie's message is now more widely shared.

"You don't have to be homeless," Khalil said. "You can be a successful business person. You can be a mother, a father, a son, a teacher. You can be anybody and have this addiction."

"That way, we can notice it so we can get the people around us help before it's too late."

The filmmakers wouldn't say which of Macklemore's songs will be included in their production but say they've submitted "Beauty of Warmth" to several upcoming film festivals. Follow their Instagram page for updates.

RELATED: Netflix plans to release a new movie every week in 2021