It's a storied musical location that now exists in its fourth edition, after what you could certainly call a bad luck past. 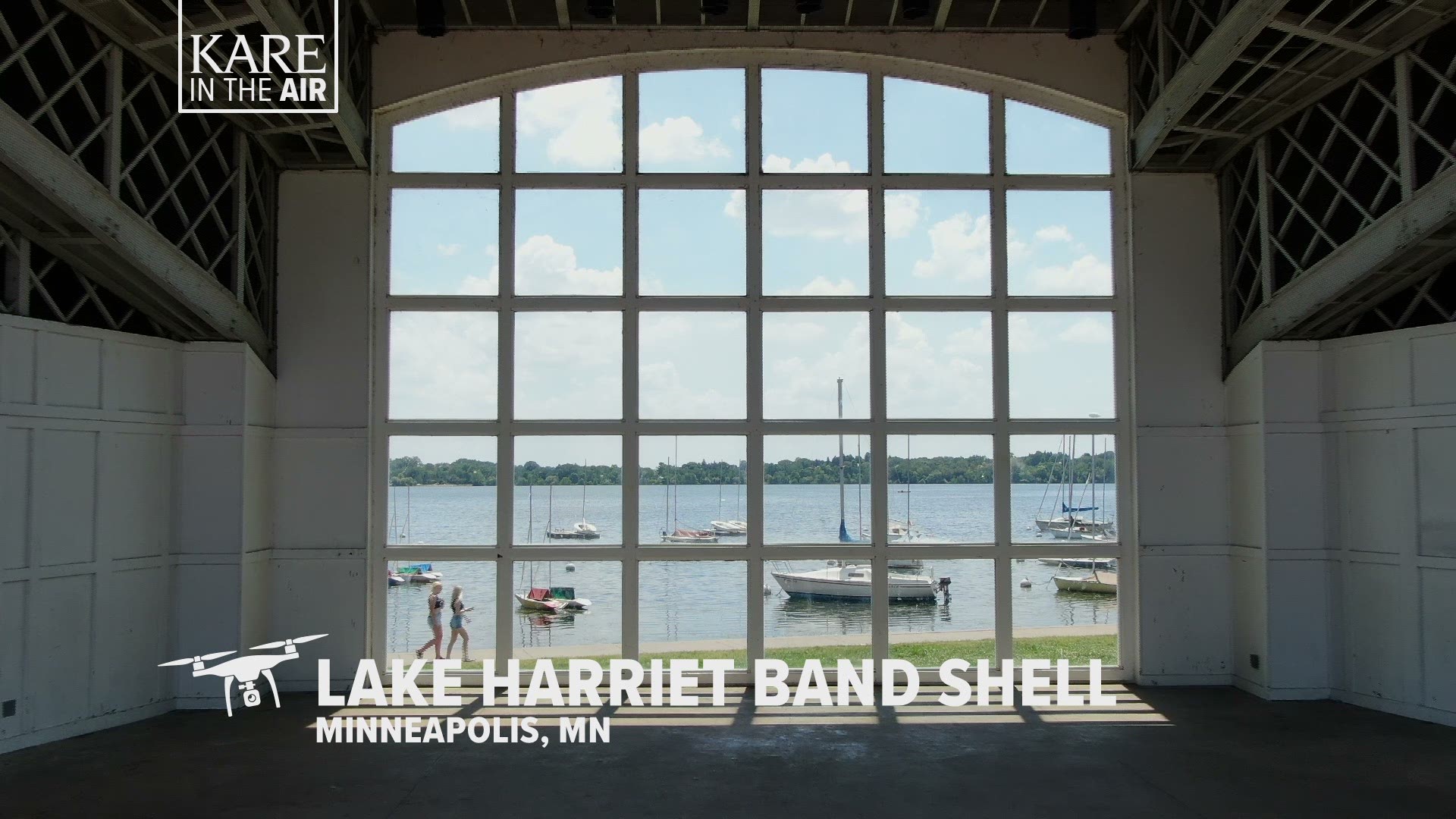 MINNEAPOLIS — You have to say one thing for the folks who have supported the Lake Harriet Bandshell over the years.... they're certainly not quitters.

Take in a concert or show at the iconic location on a warm summer night, and you'd have no idea that the stage your surveying is the fourth edition of the bandshell, after a significant run of bad luck.

The first public pavilion built on the shores of beautiful Lake Harriet in 1888 burned down three years later, as did its replacement in 1903. The third version was constructed and opened in 1904, and lasted some 20 years until it was destroyed in a terrible windstorm in 1925.

After that run of bad luck, and facing financial pressure from the Great Depression a temporary, no-frills pavilion was put up as a backdrop for concerts, picnics and lakeside activities.

In truth, the "temporary" structure stood longer than any other version, lasting almost 60 years before the city of Minneapolis in 1985 decided to invest in something a bit more upscale, putting up the bandshell that stands today.

Our continuing summer drone series KARE in the Air takes us over the Lake Harriet Bandshell, allowing those who have wandered past or sat in the audience to see the storied site in a brand new light.

If you have suggestions for an iconic Minnesota location we should visit with the KARE 11 drone, post it on one of our social media platforms.