The unusual water tower was built in 1913, and was designed to do double duty as a bandstand. 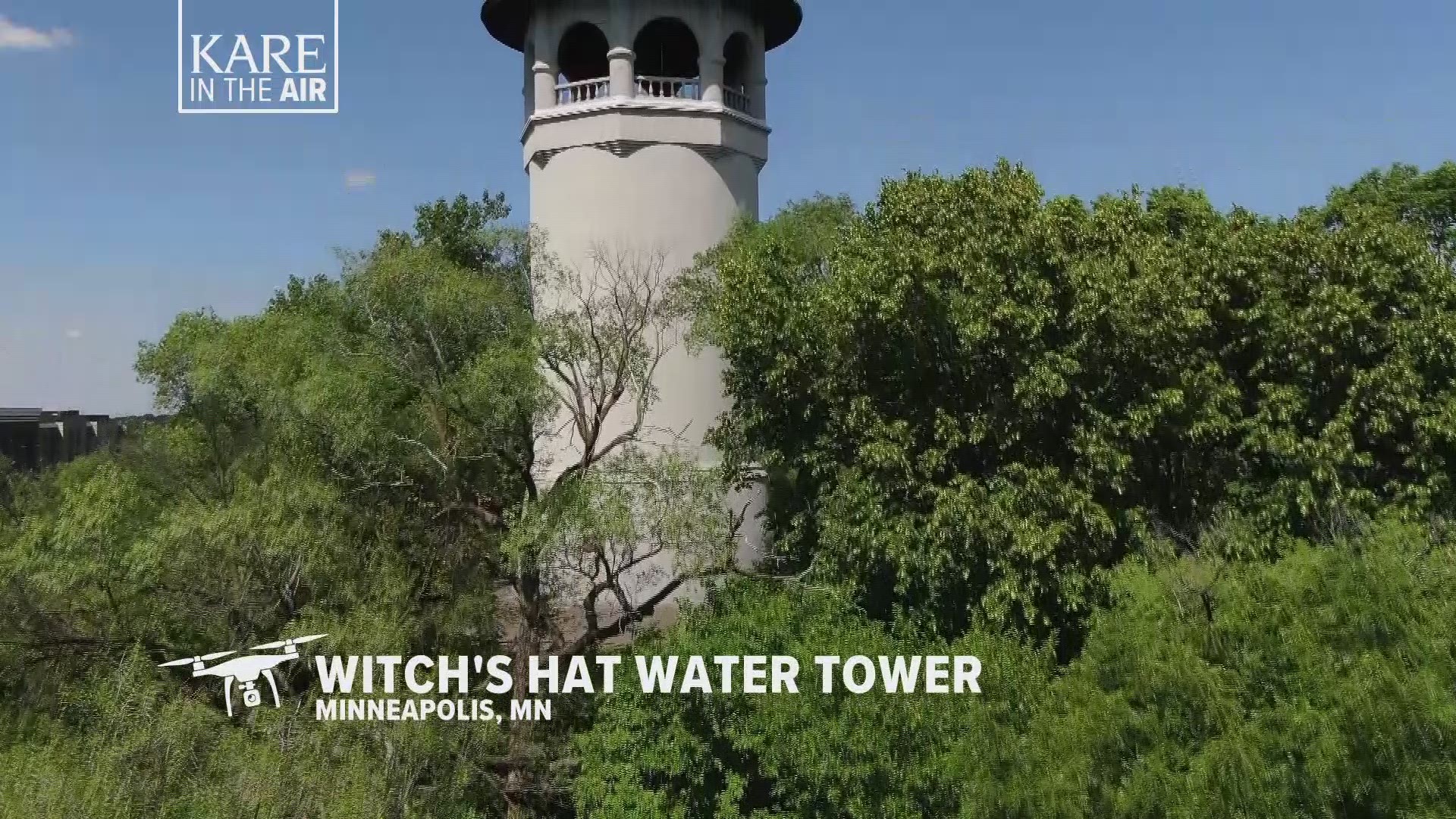 MINNEAPOLIS — Our KARE in the Air summer drone series has taken us over a number of iconic landmarks, but few with the buzz of an original Twin Cities water tower, one of the few still standing.

The so-called "Witch's Hat Water Tower" was constructed in 1913 and stands proudly above Prospect Park in Minneapolis.

The Prospect Park Association says it was also built to do double duty as a bandstand, but only one concert was staged there - largely because it was too difficult to carry their instruments up a spiral staircase of more than 100 steps.

In 1986 the tower underwent a major renovation and in 1997 both the Witch's Tower and Tower Hill Park were placed on the National Register of Historic Places. A historic plaque was added in 1997 to the base of the Tower, which has helped reduce graffiti.

Up until when Minneapolis deployed citywide Wi-Fi in 2010, the Witch's tower housed active first-responder telecommunications equipment in the roof for the city. Residents and curious visitors only get to check out the observation deck (110 feet up) once a year, always on the Friday night after Memorial Day.