KARE in the Air: The Lindstrom Coffee Pot

Anyone who has driven through this quaint east central Minnesota community has likely had their eyes drawn to the unique water tower just off Highway 8. 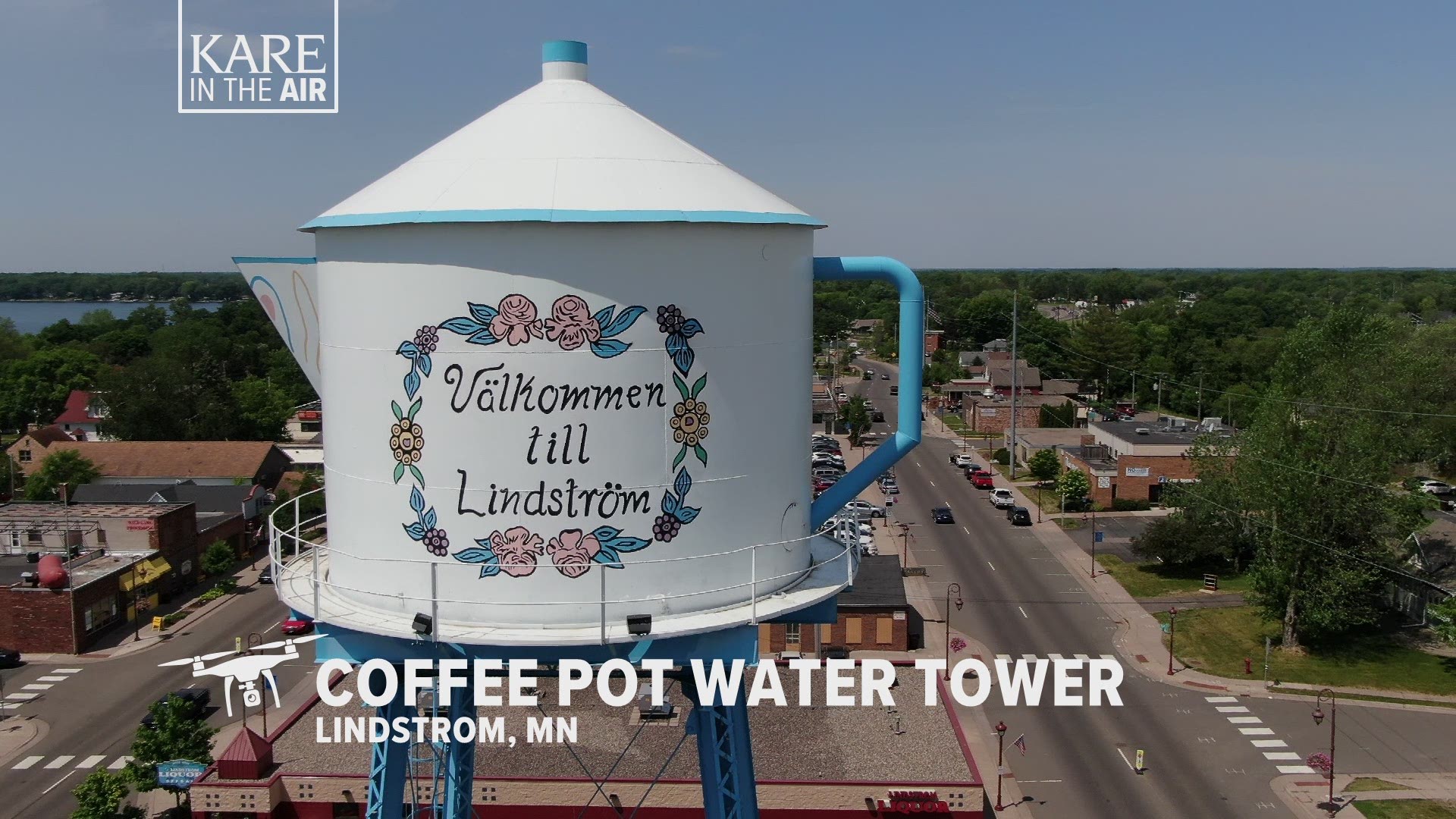 LINDSTROM, Minn. — The latest installment of our summer drone series KARE in the Air takes us to a quaint east central Minnesota community with a landmark that is hard to miss.

Drive east on Highway 8... maybe on the way to the cabin, or a picturesque camping spot... and you'll cruise through Lindstrom. You'll know you're there when you see a giant Swedish coffee pot looming on the horizon.

The letters painted on the iconic water tower are Swedish for "Welcome to Lindstrom."

That's because the town grew from some serious Scandinavian roots.

Lindstrom was founded in the 1850s by Swedish immigrants, including a gent named Daniel Lindstrom who left Sweden for America in 1853. We're told nearly half of the people who live there are of Swedish descent.

The coffee pot water tower dates back to 1902, and was actually in service until 1990. It now stands as a roadside attraction and marker that indeed, you have made it to Lindstrom.

While there is no official story about why that theme was selected, we assume its because Scandinavians are known to drink a LOT of coffee.

If you have an idea for a location or iconic site we should fly our drone over, share your idea with us on one of our social media sites.