KARE in the Air: Target Field

The downtown ballpark is one of those places that looks great from just about any seat in the house, but perhaps even better from overhead. 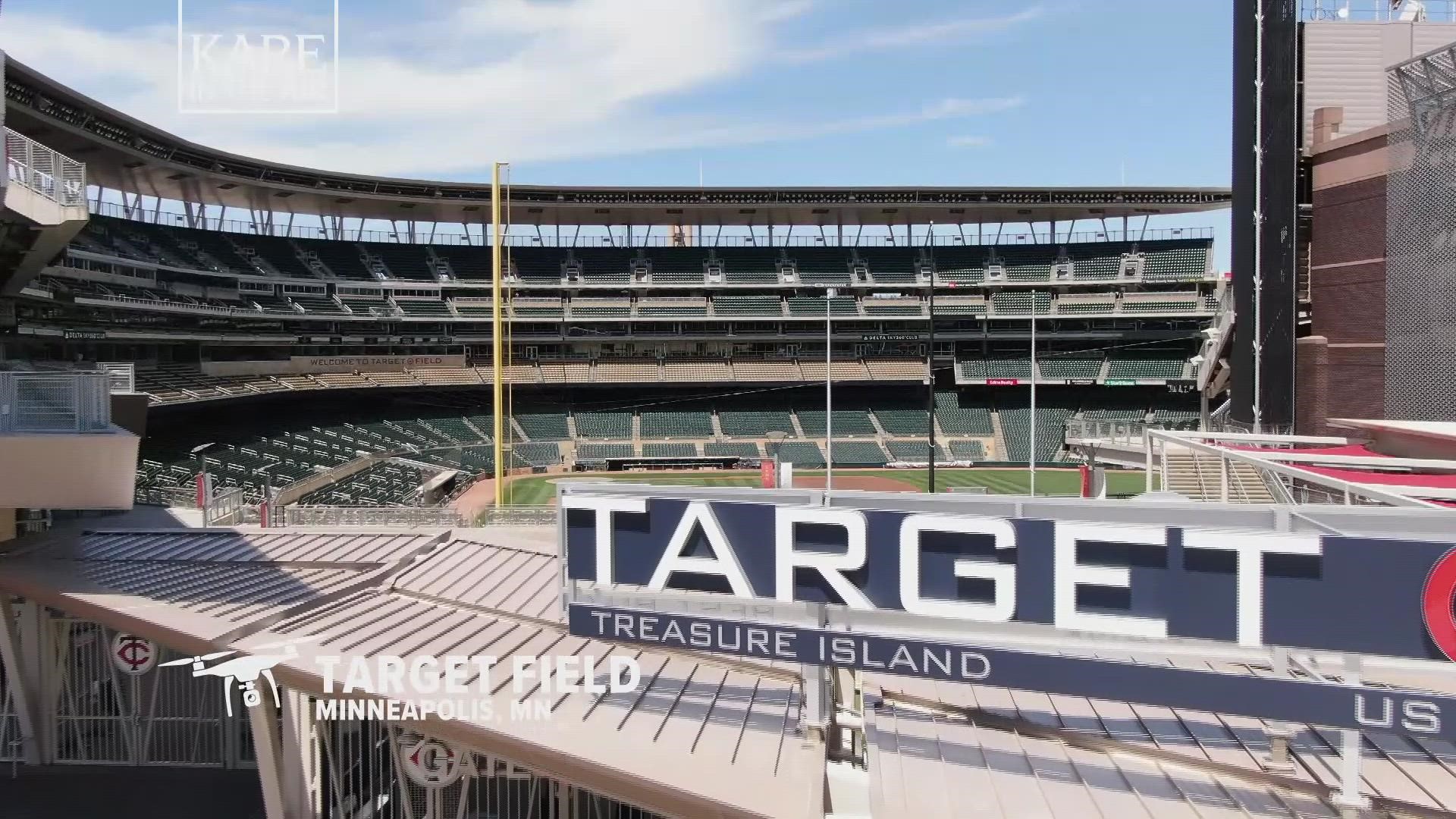 MINNEAPOLIS — Target Field is one of those places that looks great from just about any seat in the house, but perhaps even better... from overhead.

In the latest installment of our summer drone series KARE in the Air, our drone takes you to the downtown Minneapolis skyline, above the home of the Minnesota Twins.

The quaint, cozy feeling fans get comes in part from the fact Target Field has an amazingly compact construction footprint -- just 8.5 acres, smallest in the league, but still manages to seat about 40,000 people.

And then there's the great sightlines. The Minnesota Ballpark Authority says Target Field has one of the closest seating bowls to the playing field in all of Major League Baseball.

When you have to go, the ballpark has 401 women’s and 266 men’s restroom fixtures.

The natural grass playing surface -- all 2.5 acres of it -- was grown in Fort Morgan, Colorado and trucked in to Minnesota. The grass was seeded in soil that is about 90 percent sand to help it drain faster and cut down on rain delays. To keep it in good shape for the season, Target Field crews keep the grass heated to 40 degrees all winter.

And finally, a tiny bit of trivia: The Twins opened play at Target Field in April of 2010. Their opponent? The Boston Red Sox.