Our drone series takes us above a spectacular piece of architecture you wouldn't necessarily expect to find in rural Minnesota. 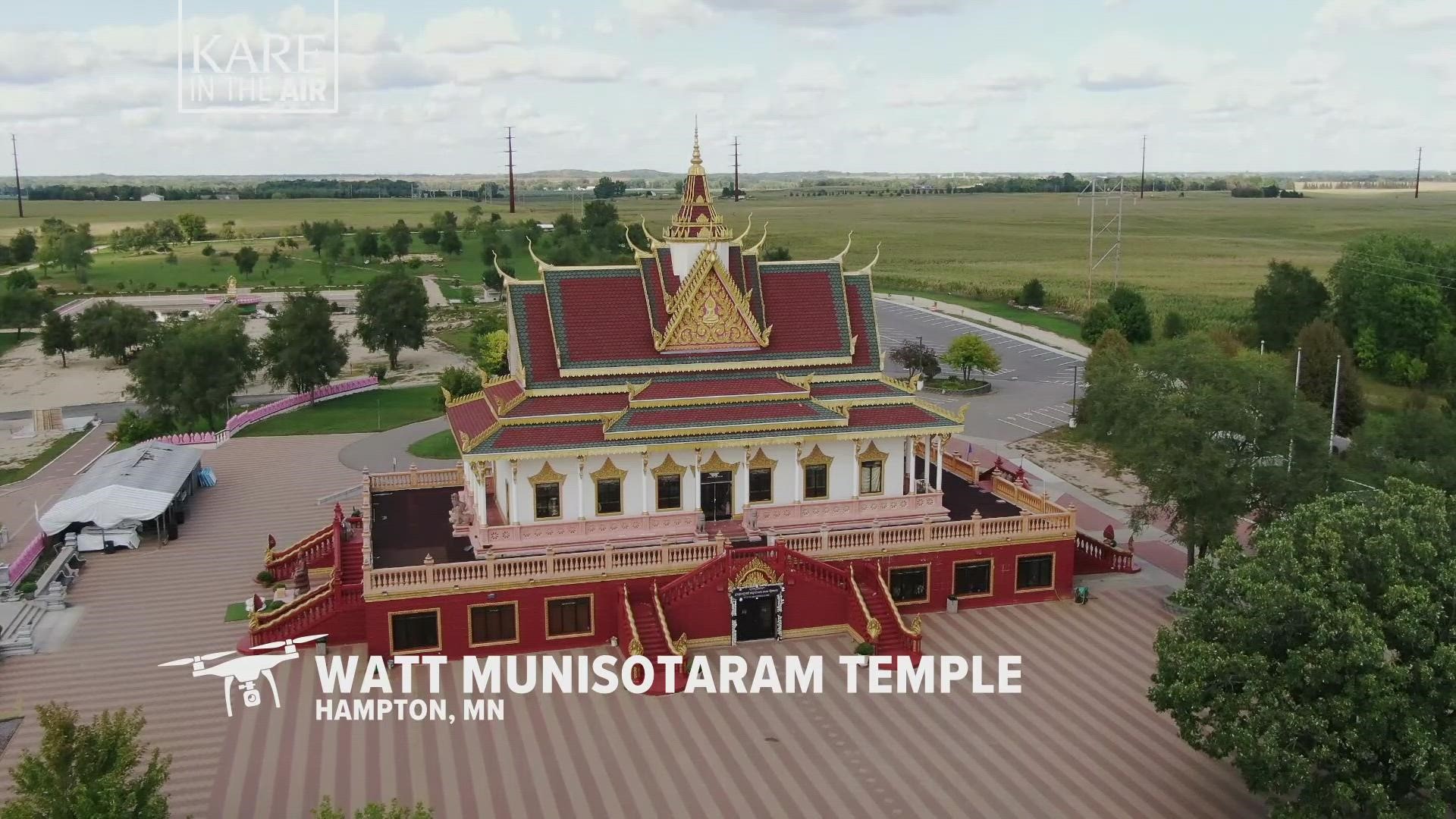 HAMPTON, Minnesota — It rises from the cornfields near the small town of Hampton... an ornate building that looks like it would be much more at home in the far east.

Watt Munisotaram is celebrating its 33rd year of worship and community on the rural, 40-acre site. It had only a two-story clapboard home that served as a worship space originally, but in 2002, with funding from the Cambodian Buddhist Society "and the generosity and support of the Buddhist Communities in Minnesota and other U.S. states,” construction began on a new, 50-foot-high, 10,000-square-foot temple. It was completed and consecrated in 2007, at a cost of more than $1.5 million.

The campus also includes an older temple that houses the monks and priests who live there year-round, an outdoor shrine and a "stupa"-- which is a place to meditate-- where small relics of the Buddha and two of his disciples are housed.

Watt Munisotaram started in 1982 when a small group of recent Cambodian refugees gathered with the intention of forming a Buddhist Monastery in Minnesota. They first met in a rented home in Minneapolis, then moved to locations in St. Paul and Eagan as the group grew larger, finally finding their permanent home between Hampton and Farmington.