The museum is now open to the public Wednesdays through Sundays. 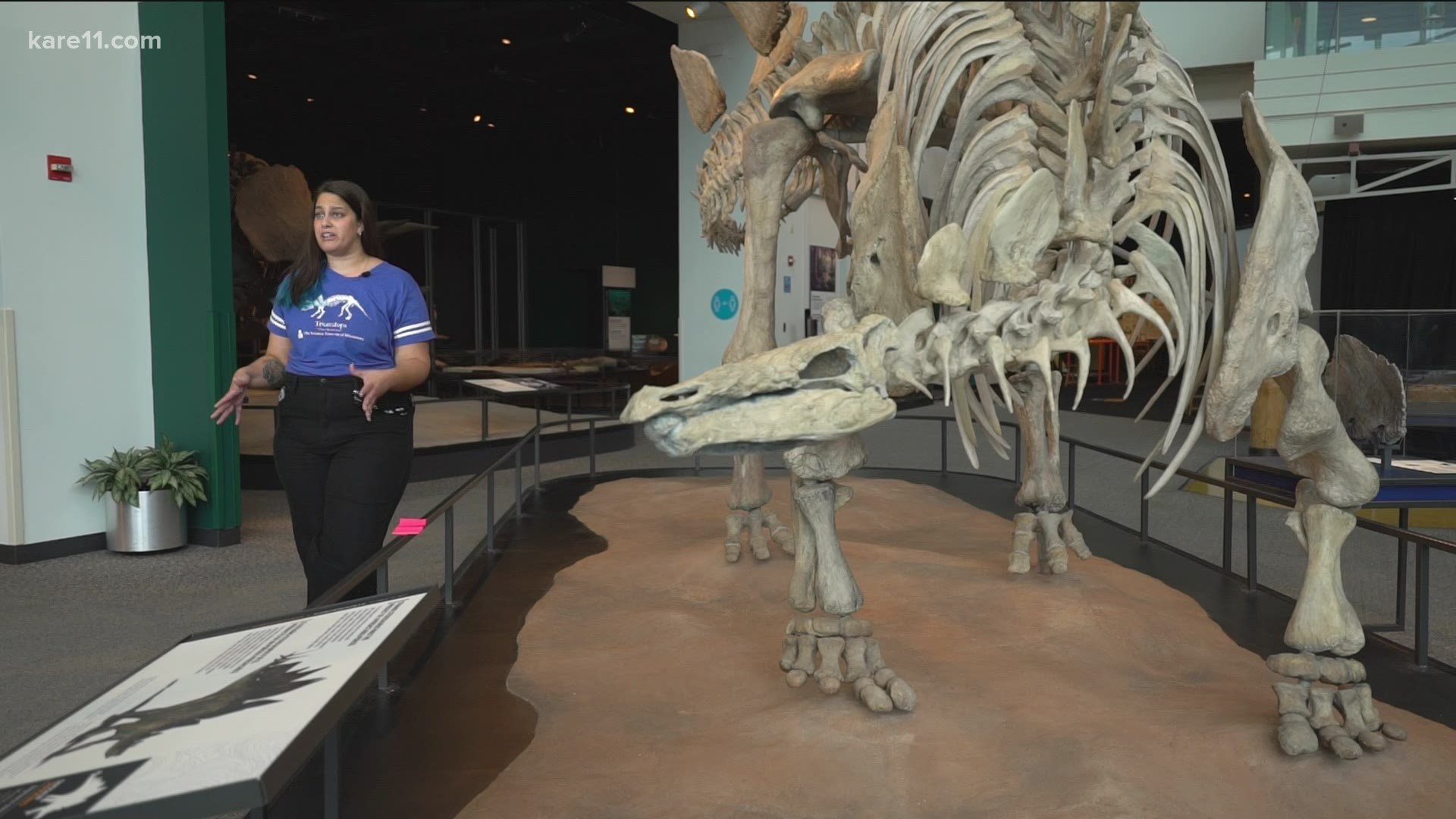 Minnesota is seeing more COVID cases but health experts are not expecting a surge like there was in April.

And now that restrictions have lifted, many people are once again taking advantage of all the Twin Cities has to offer. On a rainy day like today, the Science Museum of Minnesota is a great option.

At the museum's Dinosaur and Fossil Gallery, you'll see some familiar fossils. However the café area, Chomp, is replaced with new dinosaur displays, including two large Quetzalcoatluses.

Marketing and public relations specialist Karilyn Robinson describes other changes throughout the museum.

"We ended up taking certain things off the floor that were really high-touch," Robison son said. "Some of them have come back, some of them haven't, but we're still doing all of that really diligent cleaning in between visitors."

She says Omnitheater movies are shortened and crews clean between each showing.

Reminders to practice social distancing are also still in place.

"I like having them because they're all pretty funny and science related like 'stay a golden eagle's wingspan away from anyone not in your party,'" Robinson said.

Visitors should also still buy tickets in advance so that the museum can spread out attendees. Fortunately, there are more time slots now than there have been in months.

Before the pandemic, the museum was open Tuesdays through Sundays. In 2020, it was closed from around March through September. Reopening has happened incrementally. Most recently, Wednesdays and Thursdays were added to the schedule.

"Now we're back to being open almost the whole week," Robinson said. "We are Wednesday through Sunday now with just some shorter hours but hopefully soon we'll get to expand that."

In addition to the dinosaurs, the exhibit on race is updated to reflect the times.

"It's super relevant to the issues that we're talking about in Minnesota right now," Robinson said.

There is also a brand new pine needles gallery. A carboard city gallery is also new and will be available until September 21.

"You can leave your creations to contribute to the city or you can take them home with you," Robinson said.

You might also consider sending the kids to summer camp. Enrollment is open and in addition to in-person camp there are options online.

RELATED: For sale: A look inside the 'Double Domes' home in Eden Prairie

RELATED: Hooping it up in the summer!