"Rondo '56: Remembering Saint Paul's Black Main Street" captures the essence of the neighborhood in the decade before I-94 sliced it down the middle. 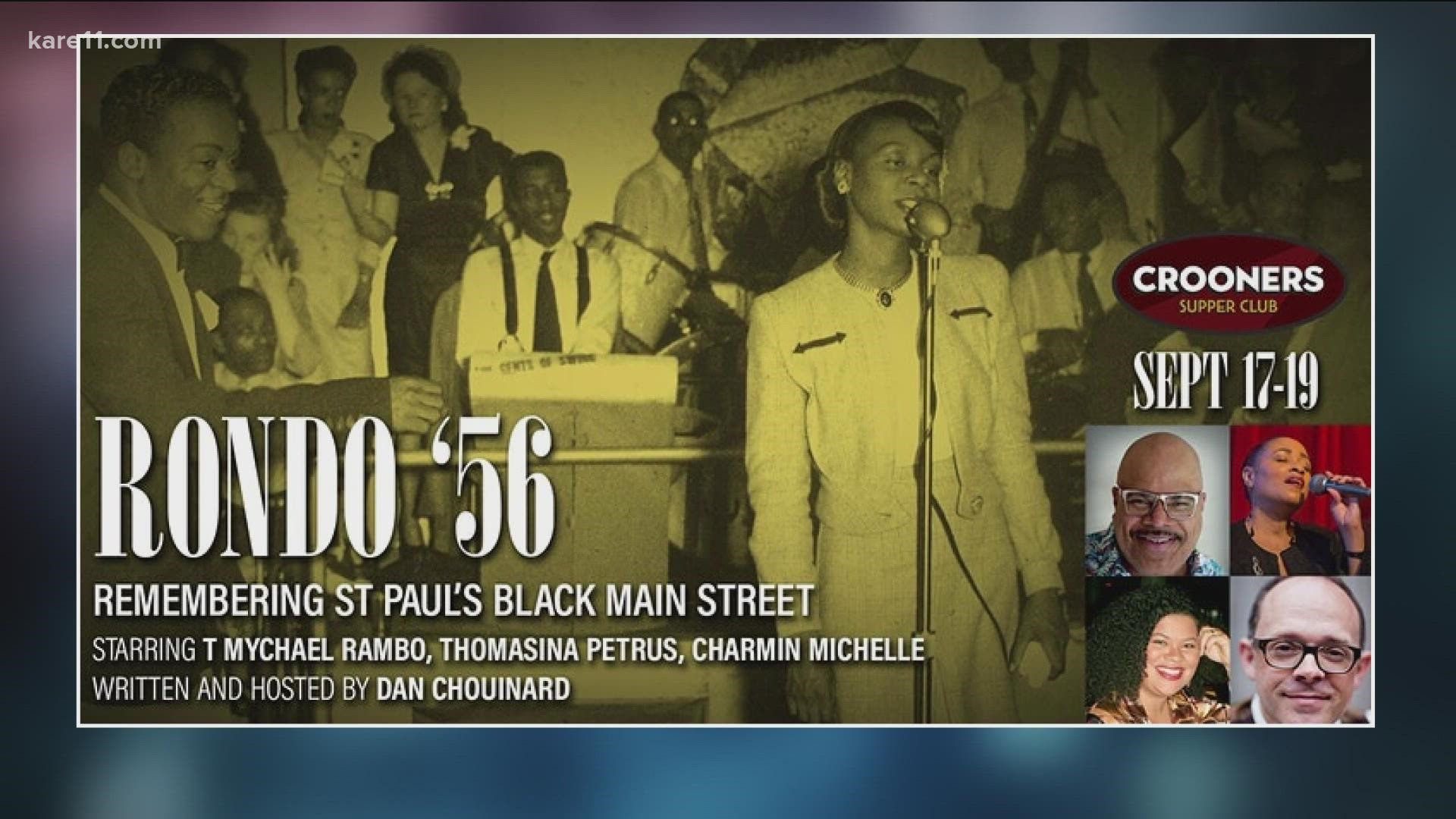 Four musical hosts will paint a portrait of Saint Paul's thriving Black neighborhood, Rondo, in 1956. There will be four shows for "Rondo '56: Remembering Saint Paul's Black Main Street" Sept. 17 through the 19 at Crooner's Supper Club. The performance captures the essence of the neighborhood in the decade before I-94 sliced it down the middle.

"Streets and schools were crowded. Businesses thrived. Doors to homes were left unlocked and the kids all knew they were being watched by everybody else's parents as well as their own. Stepping into the nascent Civil Rights era with dignity and determination this community would find itself targeted -- like so many other Black and poor neighborhoods of the mid century -- by massive government road and housing projects touted as urban renewal," a press release for the show stated.

T. Mychael Rambo is one of the performers. He has lived in the Rondo neighborhood for 30 years. He said this updated edition of the show will have more streamlined stories, more archival photos, as well as new performers. Along with Rambo, the show will feature Thomasina Petrus, Charmin Michelle and Dan Chouinard. It was created in 2010 by Chouinard with the help of the Minnesota Historical Society, Rondo elders, and performer colleagues who lived in Rondo.

Rambo talked about the importance of having this show again.

"We seem to forget things very easily and very quickly and without bringing these stories to the forefront and making them accessible and recognizing the importance and the value of them we stand the risk of repeating the incidences and circumstances and we’ve seen that over time," Rambo said.

He has a hope for the people who leave the show.

"That we leave feeling hope filled and activated to then within ourselves to go back out into our communities to tell parts of this story, to do things differently when we encounter people who don’t look like us, when we encounter situations where we have the power to stand for it and be there for individuals who might feel voiceless or feel not empowered or have the agency," Rambo said.

"Rondo '56" will feature songs from stars of the 40's and 50's like Louis Jordan, Nat King Cole, Ruth Brown, Dinah Washington, Mahalia Jackson and many more.

The four performances this weekend will be Friday and Saturday at 8 p.m., and Sunday at 4 p.m. and 7 p.m.

For tickets starting at $30, go here.