Director Peter Docter said he had been thinking about this movie for the past 24 years. 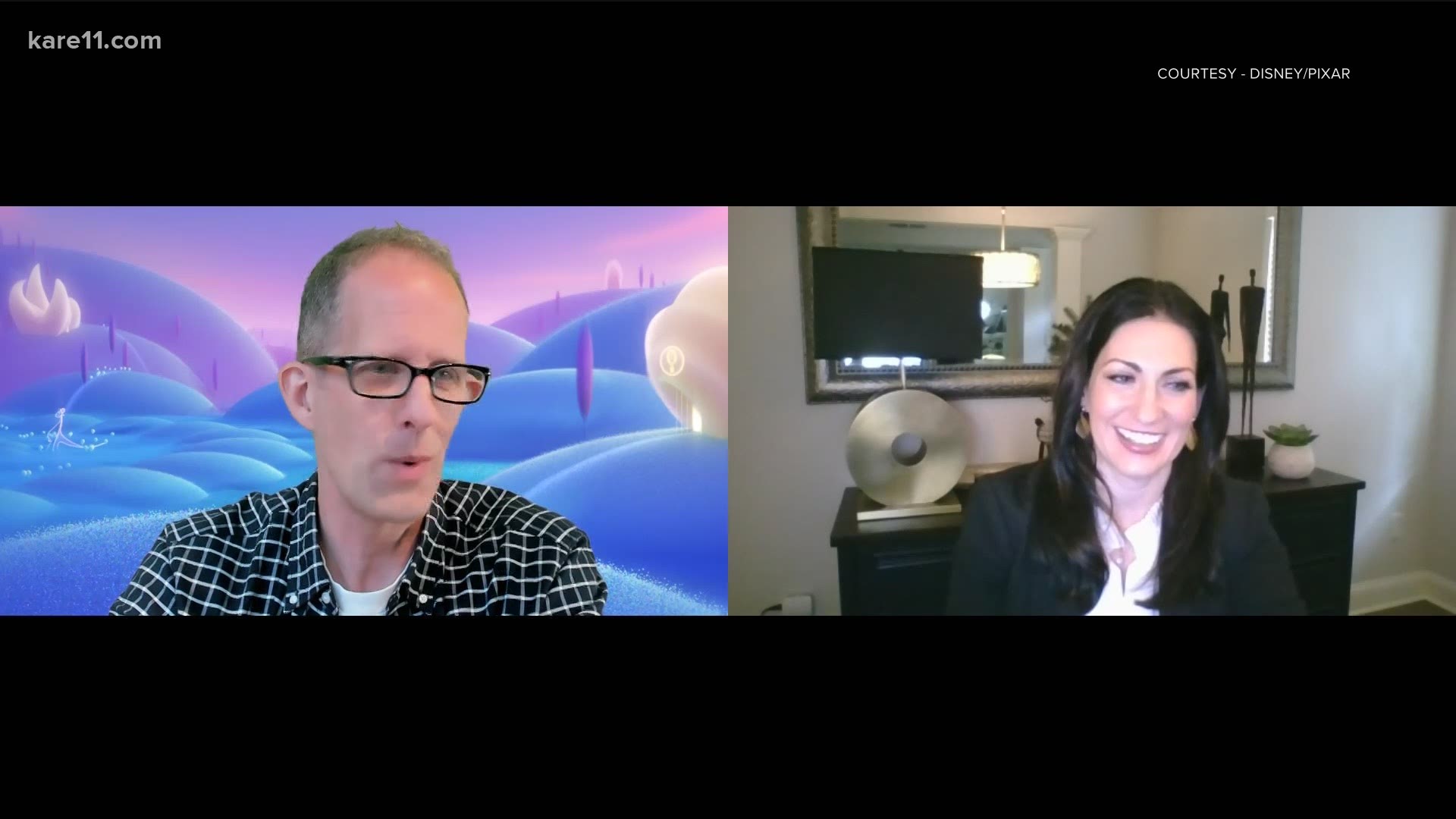 MINNEAPOLIS — Pixar's newest movie "Soul" is slated for a Christmas Day release on on Disney+, and the animated movie is directed by Minnesota's very own Pete Docter.

He's the same guy who brought you "Up" and "Inside Out".

The movie "Soul" feels like the perfect film to sum up this year. It's a bit introspective and challenges you to ask the question: What is it that makes you, you?

The whole idea sparked for director Pete Docter 24 years ago when his son was born.

"When we first brought him home from the hospital, he already had a specific personality it was separate and distinct from my daughter who same thing, she's older now, too, but where did that come from?"

Docter said "And that just got me thinking about, there must be some place that all of that is developed and given to us and we came up with this idea of the Great Before: a place where all of our souls are given their personality attributes and maybe, maybe some interests that you'll discover later in your life."

The story is about high-school band teacher Joe Gardner, voiced by Jamie Foxx. Gardner finally gets the big break he's been wanting his whole life, but something happens.

He ends up in the Great Before, where he meets Soul 22, played by Tina Fey.

Soul 22 is in no way interested in going to Earth, and Joe Gardner ... well he's desperate to get back there.

As the two work it out, they find out a lot about what's really important along the way.

A lesson we've all been learning recently.

"I haven't been to Pixar, the building, for 10 months and I just miss walking in and seeing people in the lobby," Docter said. "I miss sitting and having a muffin with somebody, those are kind of not life changing events, it's not like I won an Oscar, but they're really great important things, that I think those are the stuff of life and it's not until it's gone that you really how important it is. And that's kind of what we're really talking about in the movie, what is it at its core that makes life worth living."

Soul is visually captivating, carefully crafted, and a tear-jerker to boot.