Is sexual harassment at work on the rise?

Sexual harassment at work. It's not exactly new. 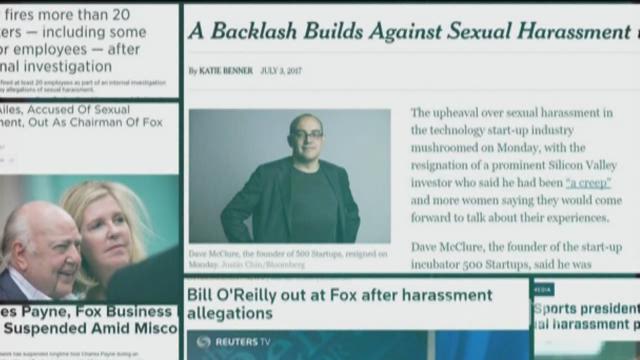 MINNEAPOLIS - Sexual harassment at work. It's not exactly new.

In 1991, Clarence Thomas was accused of sexual harassment by Anita Hill.

Look at the past 12 months at FOX News. Roger Ailes steps down, Bill O'Reilly is forced out, FOX Sports President Jamie Horowitz is fired, and Host Charles Payne was suspended.

Only it's not just FOX. Uber fired 20 people, and the founder of 500 Startups in Silicon Valley resigned.

All of this over allegations of sexual harassment at work.

"Cases of harassment are being taken very seriously, and so what you see is organizations addressing them, and you see there being consequences for them," said Dr. Peggy Andrews, a professor at Hamline School of Business who specializes in human resources.

She says it's hard to know if there are actually more cases, but people are feeling more empowered.

"More people are coming forward because they don't necessarily think there'll be retribution for it. But, our definition, has broadened and that's really important, too. People used to just feel like they had to put up with something that now they don't have to put up with," said Dr. Andrews.

Partly because, as Dr. Andrews believes, most organizations are listening to allegations more seriously and then taking appropriate action.

"So, as you have a rise of sensitivity towards very real issues, you have management teams thinking about 'what are our values, what do we want our workplace to be like," said Dr. Andrews.

So, why would it have taken so long for a workplace to say "we want this to be a place where people flourish?"

"We are not that far away from women being seen as sort of invading the workplace and taking jobs away from men," said Dr. Andrews.

Of course, our workplace is not and never will be a perfect world. So how can our environments continue to move away from harassment and towards healthy? Andrews thinks it starts with your performance review: not just "what" you accomplished, but "how" you did it.

"Did you accomplish it in a way that was collaborative, that was respectful, that built up the people around you that helped them flourish, that mirrored our values of being a vibrant, thriving workplace," said Dr. Andrews.

"Did you accomplish these great things in a way that left a wake of human carnage behind you. And, if you did, you know what that's going to affect your compensation here," said Dr. Andrews. "We can be really, really clear on our values. We can talk about being respectful, and we can also say 'and this is what respect looks like."