Crime victim. It’s a description Senator Jeff Hayden of Minneapolis never thought would become a part of his family's narrative. On July 23, 2016 someone shot and killed his sister, Taylor Hayden. She was 25. 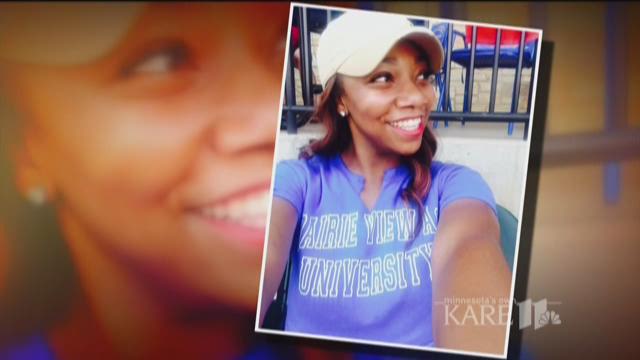 MINNEAPOLIS - Crime victim. It’s a description Senator Jeff Hayden of Minneapolis never thought would become a part of his family's narrative. On July 23, 2016 someone shot and killed his sister, Taylor Hayden. She was 25.

“You don't get over it. You just kind of cope,” he said. “In such a violent fashion. That was really hard on us to talk about. Innocent bystander. That is what Taylor was. It was really tough to swallow and it still is.”

That night, Taylor Hayden was enjoying a girl’s vacation in Atlanta.

Two groups of people started shooting at each other outside of the Atlanta club, The Anchor Down Grille & Lounge.

Police say Taylor Hayden was caught in the crossfire.

Senator Hayden said Taylor Hayden and her friends were waiting in the parking lot for an Uber driver.

As the shots were fired, surveillance video captured outside of the club shows people running and hiding behind vehicles for cover.

Police still haven’t arrested anyone in the shooting.

“The guy who was being shot at ran behind Taylor. Gun violence has impacted my life incredibly because that is what took my sister's life away. That is what took my best friend,” Erin Hayden said. “She was full of life. She was vivacious. She was soft spoken but infectious.”

But the Hayden family is turning their grief into action.

The goal of the bill is to award grants to non-profit organizations with expertise in violence prevention.

“This is different than most gun bills. We want to do awareness and prevention in communities that are disproportionately affected by gun violence,” he said. “I am going to do everything I can using this office to get people to think about what happens when they use a gun in that fashion and how much they hurt people’s lives.”

Following graduation, she attended Prairie View A&M University, where she earned a Bachelor of Arts degree in Communication in 2014.