In 2004, Father Patrick Desbois began to learn the truth about what happened to the Jews of Ukraine, Russia, the Baltic states. 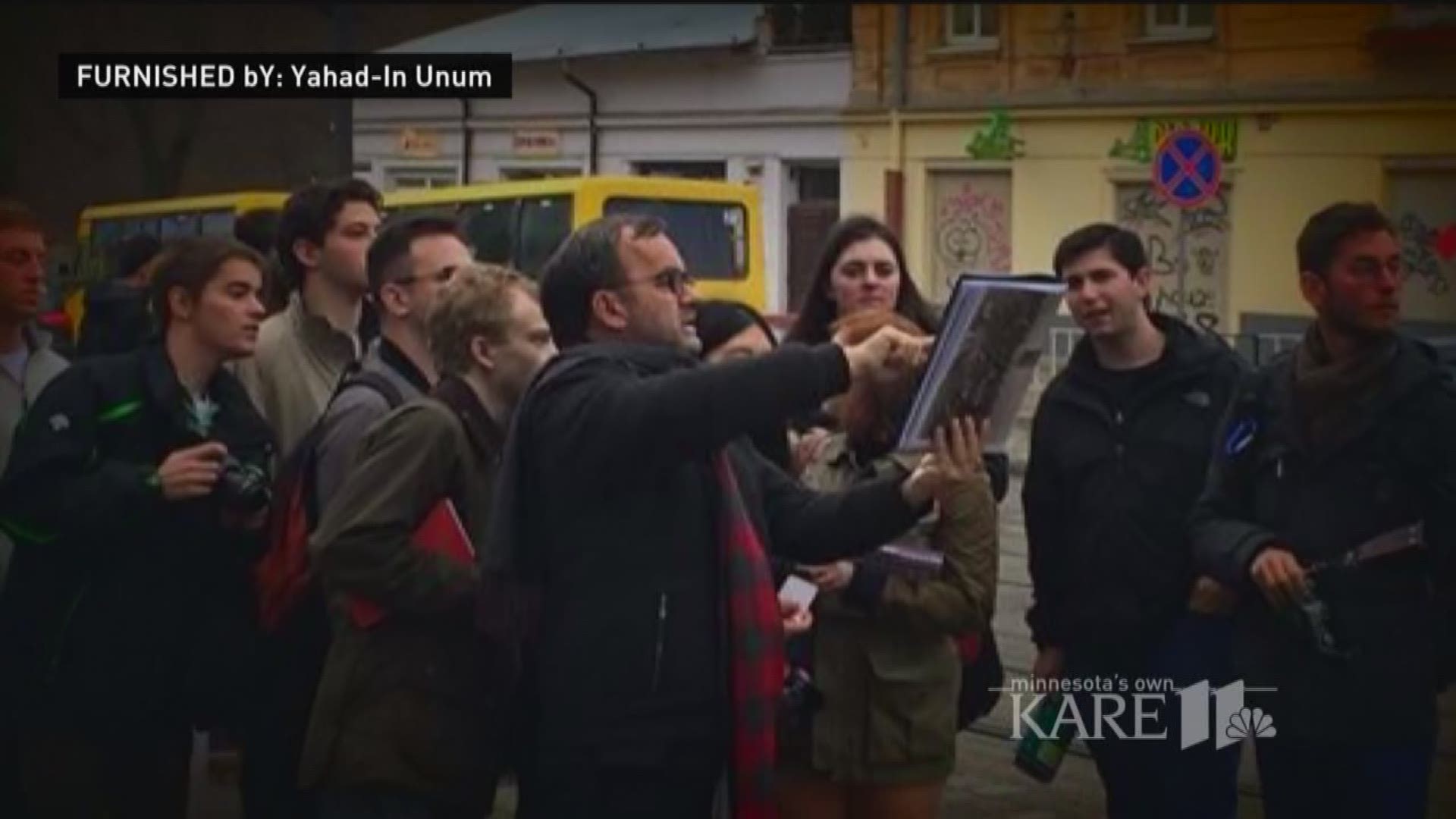 MINNEAPOLIS - Between 1941 and 1944, Hitler's army descended on the Soviet Union. The Nazis were hunting Jews once they arrived, far away from the camps of Auschwitz and Dachau. Many of those hunted Jews never got to those camps. But no, they didn't escape, they were not spared Hitler's wrath.

This is the story he is talking about.

In 2004, Father Patrick Desbois began to learn the truth about what happened to the Jews of Ukraine, Russia, the Baltic states in that two and a half year period in the early 1940s.

"I discovered that the killing of the Jews were public -- and I discovered some of the neighbors wanted to speak," Father Desbois said.

Village by village, Father Desbois said he went to speak to the survivors, children when they watched their entire communities eliminated by Nazis with guns.

"They were machine gunned essentially, where they lived. Before witnesses didn't want to tell the story and it was more or less forgotten history at that point so what he (Fr. Desbois) is doing, he is performing a very holy act," Hunegs said.

Father Desbois discovered Jews were killed in farm fields, forests and ravines a world away from the camps.

No one spoke of it, on a scale that anyone was listening, for more than 60 years.

I asked, why didn't we know any of this before?

It literally scared people, those who saw and lived in those villages, into silence.

So, for the past 13 years, Father Desbois has recorded this history and used forensics to prove it.

Shell casings still litter the open fields that became mass graves, the largest holding 54,000 bodies. Only one time has there been an exhumation, supervised by a Rabbi. It didn't have to go very far to prove Father Desbois had found the grave. The remains were there.

Father Desbois claims they have found 1.4 million Jews, with at least a million more left to find.

It is unclear, Father Desbois says, if this would be nearly two and a half million more people killed or if it may be a part of the 6 million deceased we already know of.

But he says it does matter how they died because that we need to know the true history.

As the world now continues to know killing as we have seen in Syria, Darfur and Iraq - not by concentration camp - but by this kind of terror in the night.

"I think the lesson Father is trying to teach on a contemporary basis is you better learn these lessons of the Shoah, the Holocaust, so you can apply them now and try to prevent today's genocides," Hunegs said.

You can learn more about Father Desbois work here.