The worst hurricane season ever? 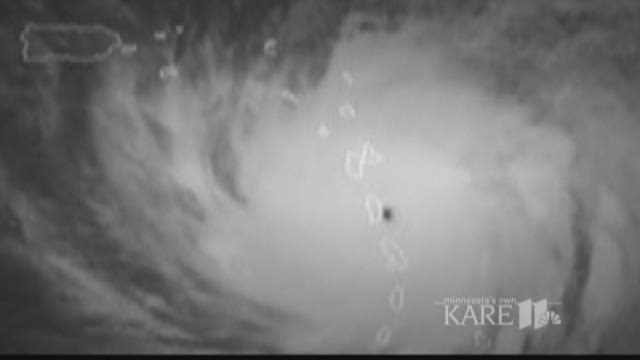 As of Tuesday night, the Atlantic hurricane season is running at twice the pace of an "average season" - seven hurricanes, six other major storms.

That's startling enough but the real story here, according to many climate scientists, is the quality of these events, not the quantity.

“The message to get across is we are not seeing more of them - but - we are seeing more intense ones,” said Dr. John Abraham of the University of St. Thomas.

Dr. Abraham has studied ocean warming and climate for years and he's watching now more than ever.

To prove his point on intensity, think about this: in 2005, when we had more Atlantic storms than names to give them (28), the damage to our country financially was $143.5 billion.

That was the year of Katrina and 3 other hurricanes.

In the last month alone, Harvey and Irma have hit - two storms - and the estimated to cost us is nearly $300 billion.

That's not even counting Maria - crashing into Puerto Rico on Wednesday - a storm the governor of that U.S. territory calls the biggest and potentially most catastrophic hurricane to hit there in a century.

So it's time to get to what many climate scientists like Dr. Abraham believe is the why.

“Climate change is affecting the severity – we are warming the planet, most importantly warming the oceans, we have warmed the ocean by 2 degrees Fahrenheit and that means that these storms have more power and energy,” Dr. Abraham says.

It's not nothing when you think about what makes a storm into a hurricane.

“Warm ocean waters create and drive hurricanes," Abraham said. "They are actually the engine that powers the hurricane; the way it works is these hot waters evaporate from the ocean surface and then they recondense up in the atmosphere – the warmer the water the more that process happens, so it's true warmer water gives you stronger storms.”