President Trump said the reason for the cancellation was 'the tremendous anger and open hostility displayed' by North Korea in recent days. 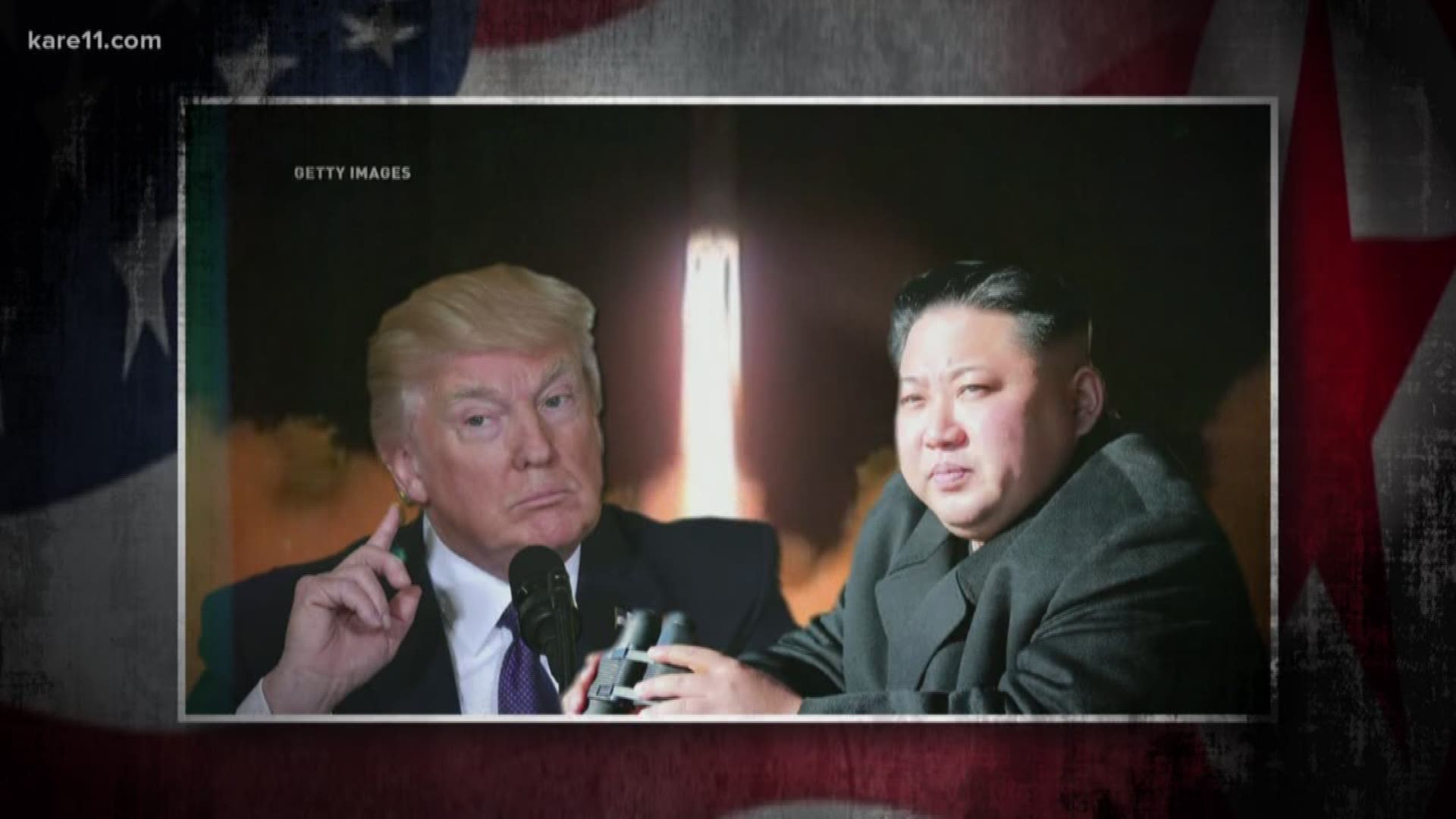 In a letter to Kim, Trump described the decision to end negotiations over the June 12 meeting in Singapore as a "truly sad moment in history." The two countries were working for weeks toward a first-ever summit of a North Korean leader and a U.S. president.

"This is a tremendous setback for North Korea, and indeed a setback for the world," Trump said at the White House hours after the letter was released. "If and when Kim Jong Un chooses to engage in constructive dialogue and actions, I am waiting."

Trump said he spoke to Defense Secretary Jim Mattis and allies in the region on Thursday and repeatedly indicated U.S. military forces were ready should North Korea engage in any "foolish or reckless acts." The prospect of a summit had significantly eased tensions between North Korea and the U.S. that had escalated last year.

A letter from the President to Chairman Kim Jong Un: "It is inappropriate, at this time, to have this long-planned meeting." pic.twitter.com/3dDIp55xu1

At the same time, the president appeared to leave a door open to further talks and, at one point, even suggested the meeting set for next month was still a possibility.

"It’s possible that the existing summit could take place, or a summit at some later date," Trump said.

The likelihood of a summit seemed to be crumbling for weeks, but the timing was still a surprise.

On Tuesday, Trump said there was a “very substantial chance” it wouldn’t work out, and suggested that the meeting could be delayed. On Wednesday, he said he would make the decision next week, and as late as Thursday morning appeared in a taped interview on Fox News Channel in which he said there was “a good chance” the summit with North Korea would take place.

But Trump moved up the timetable after North Korea reacted sharply to comments made by Vice President Pence that Kim would "end like the Libyan model" if he didn't give up his nuclear weapons. Libyan dictator Col. Moammar Gadhafi gave up his nuclear weapons in exchange for sanctions relief in 2003 — and was beaten and killed by rebels eight years later.

Calling Pence's remarks "ignorant" and "stupid," the Kim regime threatened to back out of the talks.

Secretary of State Mike Pompeo, who had traveled to Pyongyang twice to meet with Kim, told a Senate committee that North Korea had not engaged with the U.S. on efforts to plan details of the summit. He said U.S. negotiators were prepared for those discussions, but didn’t hear back Kim’s government.

“We had received no response to our inquires from them,” Pompeo said.

The prospect of a summit first surfaced in March, when South Korean national security adviser Chung Eui-yong conducted shuttle diplomacy between Pyongyang and Washington. It was Chung who told Trump the North Koreans would meet without preconditions — something Trump now suggests may not have been the case.

"We were informed that the meeting was requested by North Korea, but that to me is totally irrelevant," Trump wrote to Kim. "I was very much looking forward to being there with you."

Trump's letter appeared to keep open the possibility of a later summit, telling Kim to contact him if he changes his mind.

Congressional hawks immediately applauded Trump's decision to back out. "North Korea has a long history of demanding concessions merely to negotiate," said Sen. Tom Cotton, R-Ark. "While past administrations of both parties have fallen for this ruse, I commend the president for seeing through Kim Jong Un’s fraud."

But Democrats said the Trump administration's own missteps were to responsible for the breakdown.

“The art of diplomacy is a lot harder than the art of the deal,” said New Jersey Sen. Bob Menendez, the top Democrat on the Senate Foreign Relations Committee.

Menendez blamed the administration’s “lack of preparation” and also questioned why the White House was “constantly quoting” the Libya model.

In his letter, Trump returned to some of the "fire and fury" rhetoric he used as he tried to force North Korea to the table last year. "You talk about your nuclear capabilities. but ours are so massive and powerful that l pray to God they will never have to be used."

But the letter also thanked Kim for the release of American hostages held in North Korea two weeks ago. "That was a beautiful gesture and was, very much appreciated," he said.