Trump v. Clinton: Who will win the first debate?

Who will win the first 2016 presidential debate between Donald Trump and Hillary Clinton? Not Clinton, if you ask Hamline University professor David Schultz. 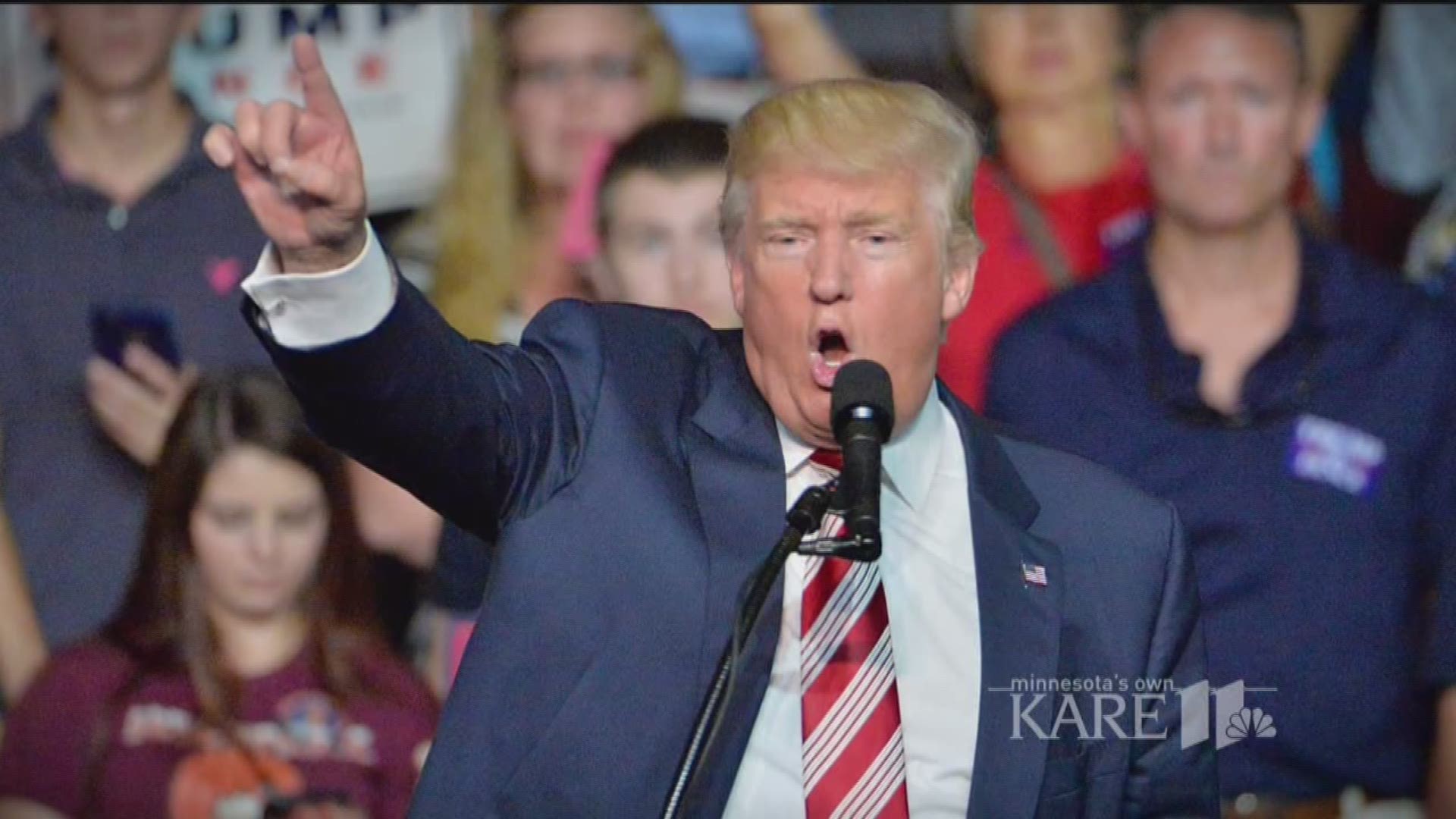 MINNEAPOLIS - Who will win the first 2016 presidential debate between Donald Trump and Hillary Clinton? Not Clinton, if you ask Hamline University professor David Schultz.

"Two reasons for it. One it's really all about sexism, and two it's all about the expectations game," Schultz said. "If she gets too aggressive she gets labeled with the B-word. On the other hand, if she's too passive, she looks like a doormat and will be labeled as not presidential or not tough enough to be president."

"All he (Trump_ has to do is show up and literally not make a mistake or not offend anybody and people will declare him the winner," Schultz added.

"Even in the year 2016, the difficulty of a woman actually running for president is enormous. Yes, we elected an African-American 8 years ago, but still haven't broken that barrier for a woman," Schultz said.

As for content in the first debate, most of the public, according to Schultz, has already made up its mind.

"I think there's a small percentage of the American public that's looking for content. Right now, because of the partisan gridlock we have in our society, probably somewhere around 90 percent have already made up their minds. Tonight is more about entertainment," Shultz concluded.