You're driving down the highway. You take your foot off the gas and your hands off the wheel. The car takes over control. If you think this is some futuristic dream, forget it. The technology is already here. 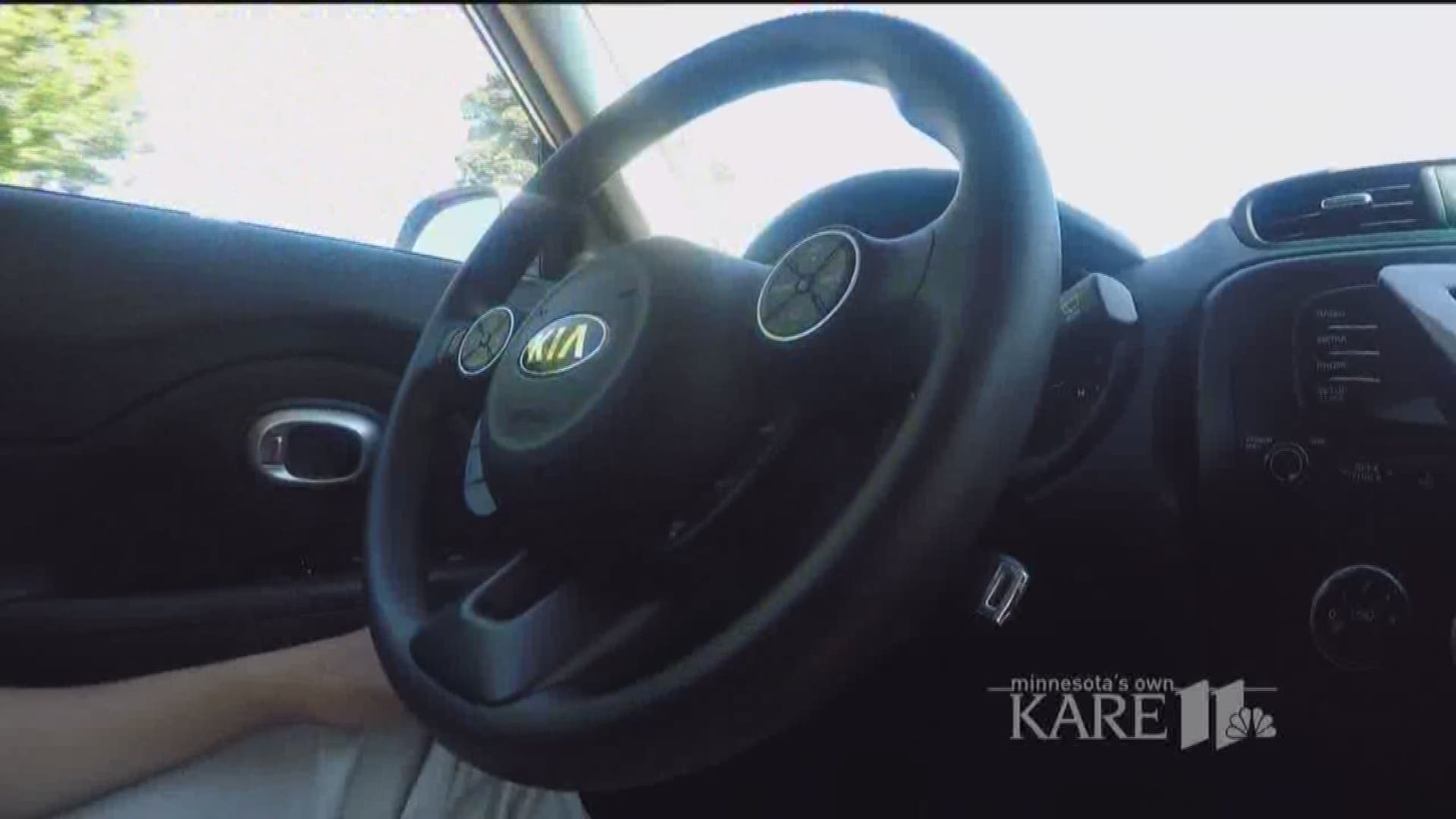 ST. LOUIS PARK, Minn. - You're driving down the highway. You take your foot off the gas and your hands off the wheel. The car takes over control. If you think this is some futuristic dream, forget it. The technology is already here.

We are driving in a Kia Soul, but this one is unique because Matt is driving.

Matt is really smart. He helped design the software that is controlling this car on its own.

The special rig in this car uses a camera and radar sensors that feed into a computer with 150 times the power of a MacBook Pro.

"Everything is going to change as a result of this," said Phil Magney, founder and president of Vision Systems Intelligence or VSI, based in St. Louis Park.

"So, if I wanted to drive this car after I sign a few waivers maybe, where could it take me? Anywhere?" Hrapsky asked.

"Well, it isn't door to door. It identifies exactly where the lane markings are, it knows where the curbing is, it knows the next lane over, and as it's traveling along it instantly identifies it. Not only does it identify that something is there, it knows what it is," Magney said.

This technology allows for driver assistance or autopiloting, technology that's already in about ten or so cars on the market.

Magney says expect to see driver assist technology options in all auto brands within the next two years and expect the first total self-driving models in the next five years.

VSI has or is currently working with Uber, GM, Toyota and Hyundai -- testing and consulting on driverless technology. But local companies you might not think have stock in the driverless game actually do. Polaris, 3M, Honeywell -- all have invested in this industry, according to Magney.

"I think people have a hard time trusting a computer with their lives, though we probably we do it more than we think," Hrapsky said.

"Exactly, we do it more than we think but understand the technologies going into these cars are a little bit different than the technologies that go into your phone or computer. This has all sorts of failsafe technologies back ups systems, redundant systems and so forth. It's very stable, very hardened," Magney said.