Univ. of St. Thomas professor: Hurricanes are stronger because of climate change

The world may not see more hurricanes because of climate change, but it will continue to see more powerful hurricanes, more intense rains, and more lengthy droughts. 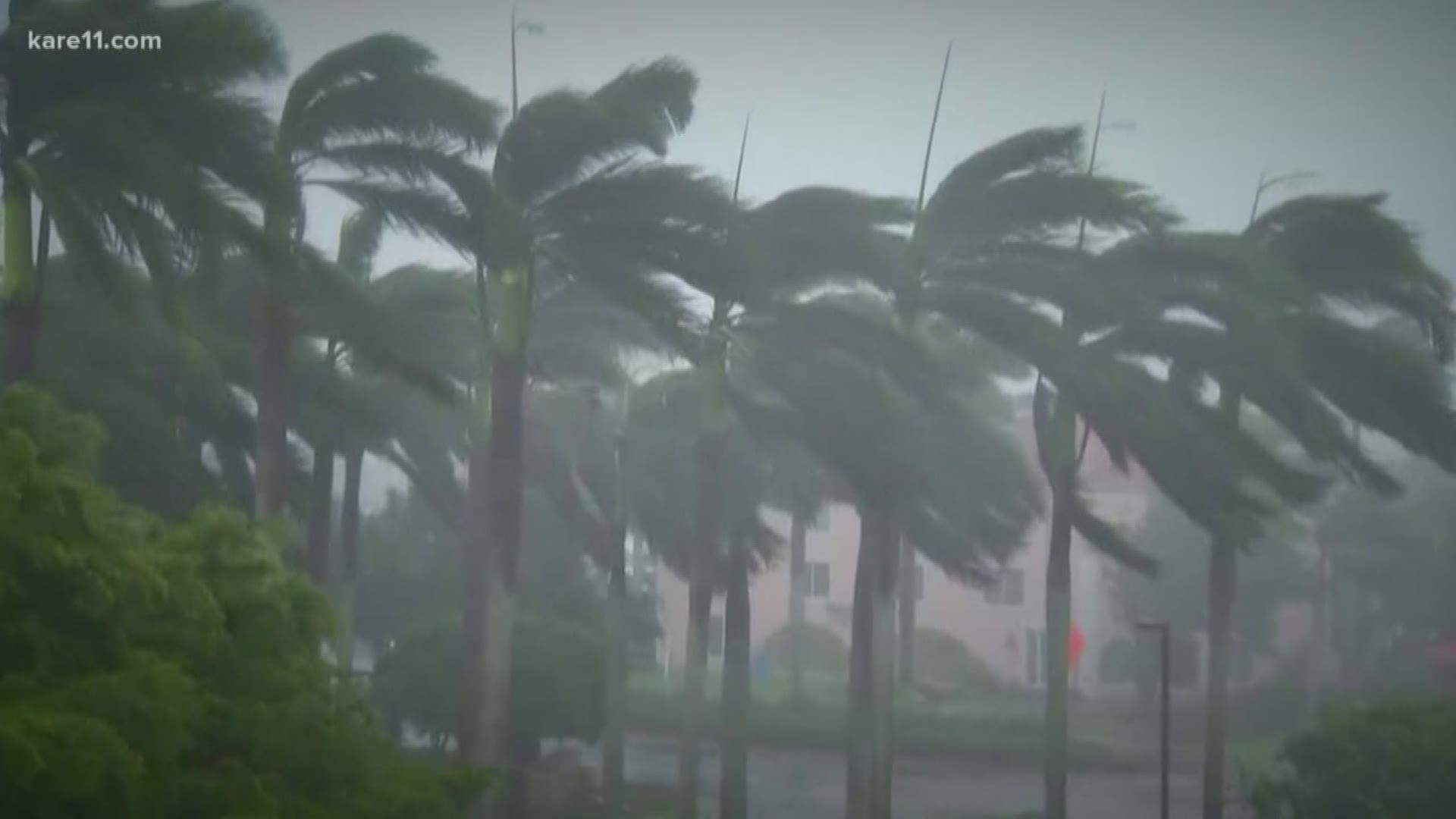 Hurricane Michael strengthened to a major, Category 3 hurricane Tuesday afternoon as it roared toward Florida's Gulf Coast, threatening to wreak historic devastation on a state walloped by Hurricane Irma's historic rage 13 months ago.

The National Hurricane Center warned that Michael could make landfall Wednesday afternoon near Panama City, 100 miles west of Tallahassee, as a Category 3 storm with torrential rains and sustained winds of up to 120 mph.

"Hurricane Michael is forecast to be the most destructive storm to hit the Florida Panhandle in decades," Gov. Rick Scott said. "It will be life-threatening and extremely dangerous. You cannot hide from this storm."

A climate scientist at the University of St. Thomas says Michael is drawing its strength from the effects of climate change.

“About 20 percent of the rainfall that falls in these hurricanes is now caused by human warming,” said Dr. John Abraham, Professor of Thermal Science at St. Thomas. “So we can actually quantify the effect.”

Abraham says the world may not see more hurricanes because of climate change, but it will continue to see more powerful hurricanes, more intense rains, and more lengthy droughts.

Just in 2017 Hurricane Irma was the most powerful hurricane ever recorded in the Atlantic, and Hurricane Harvey dropped the most rainfall of any recorded hurricane.

“Think of this report as our last off ramp before catastrophic global warming,” said Abraham.

The report, based on more than 6,000 scientific articles, essentially says the world has 12 years to cut global fossil fuel emissions by 45 percent in order to cap the most significant effects of global warming.

“People think that it's this future problem that's going to affect their grandkids’ grandkids, but it's starting to affect us now and it's rolling out slowly and I think that makes it hard for us to take real action,” Abraham.