There's a growing number of experts who say we should be asking questions about our kid's privacy. Is it being compromised? 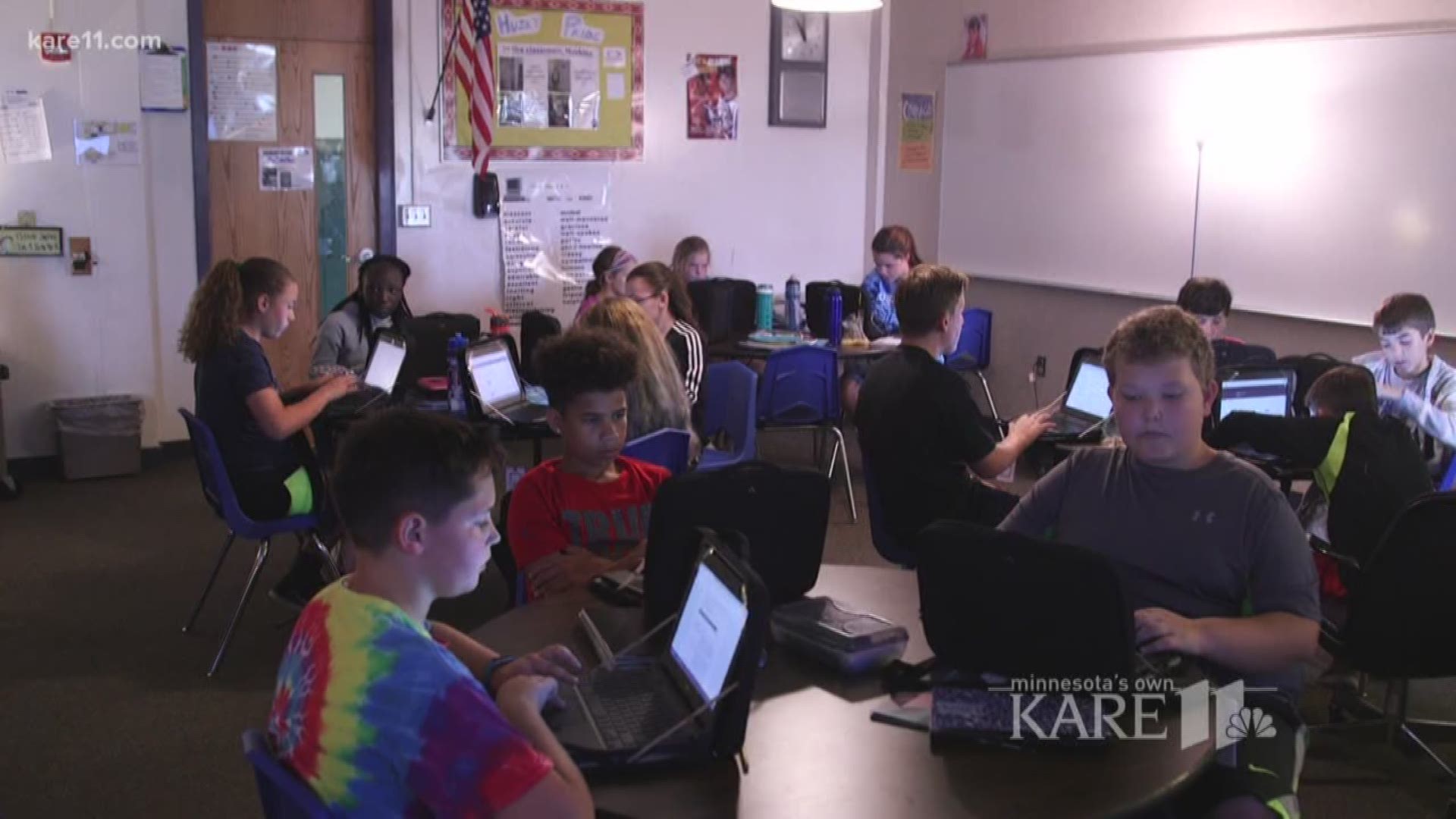 BLOOMINGTON, Minn. - Computers are the tool of the times and they’ve made their way into our children’s classrooms. Some schools have even gone totally tech and ditched the books.

In the rush to move to computers, there have been questions about the efficacy on education. And, there's a growing number of experts who say we should also be asking questions about our kid's privacy. Is it being compromised?

In the Bloomington school district, every student, third through twelfth grade, gets a computer.

"So, when a student is carrying a Chromebook, it may be the third computer in their life, but for many kids, it's the first and main piece of tech they have,” says John Weisser, Executive Director of Technology and Information Services in the Bloomington School District.

That access to information can be powerful in leveling the playing field but some argue that access also comes with a risk. The companies who offer these educational systems are collecting data on our kids. Are districts aware of what kind of data and how it’s being used?

“We are a Google district and like many districts, we have the Google education suite. Google is pretty upfront about what data they keep and what data they don't keep on students,” says Weisser.

Yep. Google, Apple, Microsoft, they all collect information on our children who use these new digital education tools.

In the St. Francis School District, it's something teacher Ryan Fiereck knows and so he plays gatekeeper for his students.

“I think you do for sure. I know when we do usernames and sign-ups I have my students change their information because there's no reason companies need to know your birthday,” Fiereck says.

The big question is, what are these companies using that information for? We asked the folks at the National Education Policy Center for an answer.

"They can store the data, sell the data particularly to advertisers, data collectors that aggregate that data and combine with other data in order to create a profile of students so they can be advertised to later or other decisions can be potentially made about them later," says Faith Boninger.

Google, Apple, Microsoft, they all collect information on our children who use these new digital education tools. (Credit: KARE 11)

Boninger is a researcher at the NEPC and the co-author of a new report about commercialism in schools. She says our kids are being marketed to right in their classrooms.

So, in other words, these companies are creating brand-loyal customers?

Customers of the future, but what about the students of today? Is the advancement in education worth the trade-off of giving up some privacy?

"It is generated by the tech industry, this interest and this emphasis that tech can teach better than people can. So, we’re exposing kids to potential harms without real proof of the efficacy of the programming," says Boninger.

Lawmakers at the state and federal level have been working on legislation that will help protect kids, but until there are real laws in place, what's a teacher to do to keep his or her students safe?

“I do trust district administration to make that decision and talk about it with other districts to help make the decision,” says technology teacher Ryan Fiereck.

But, at some point, parents may have to step in and question if we’re jumping on this technology bandwagon not to the gain, but to the detriment of our children?

“It's a conversation that I think it's important to have. What's that balance?" says Fiereck.

It may take parents going to school districts and starting that conversation. Ask good questions about the data privacy agreement your district has entered. In Bloomington, they have an answer, you just need to feel comfortable with that answer.

“I have no reservations about the decisions we make, in terms of that we're doing bad by these kids, or that we're doing it at the will of these tech companies, so they can make money. It's not why we do this,” says John Weisser.

"We are doing the best by kids guided by our mission in this life."