Wiedenfeld considers this bell-ringing effort a marathon, just like the ones he's used to running. 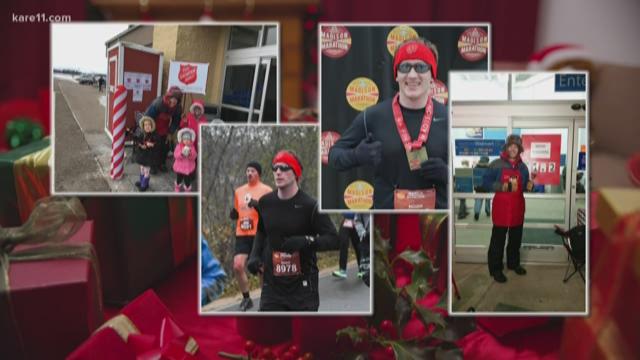 From Thursday at 3 p.m. to Friday at 5:12 p.m., Noah Wiedenfeld will be at the New Richmond Walmart trying not to get carpal tunnel.

Wiedenfeld plans to ring a Salvation Army red kettle bell for 26.2 hours - a very specific length of time chosen to mimic the length in miles of marathons.

Because Wiedenfeld considers this bell-ringing effort a marathon, just like the ones he's used to running. He's completed about 20 full marathons in his lifetime. 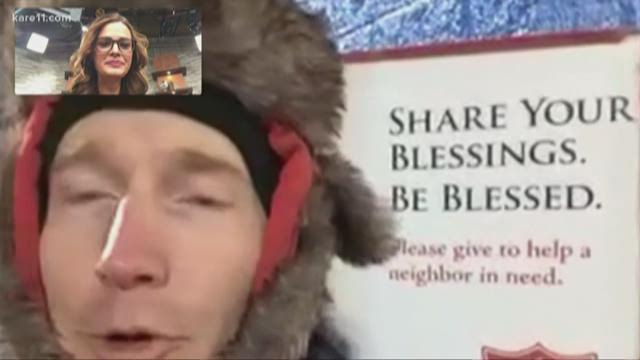 All marathons are 26.2 miles long, and the reason for that length is anything but random. The 1908 London Olympics gave us the 26.2 mile standard, after an extra 385 yards were added so that the finish line could be right in front of the royal viewing box. After 13 years of confusion, the 26.2 mile standard was adopted.

Wiedenfeld finished his first bell-ringing marathon of the same length last year. This year, he hopes to raise $80,000 for Salvation Army Grace Place, a local homeless shelter in New Richmond.

He says that he hopes his efforts will help inspire people to dedicate time to improving their community, even if only for one hour.

If you don't live in the New Richmond area and want to donate to Wiedenfeld's marathon, you can text the word RED to 71777.

Instead of birthday gifts, Minnesota boy asks for blankets for the homeless