“We cannot in good conscious continue to recommend our industry remain in Georgia if HB 481 becomes law,” the letter stated. 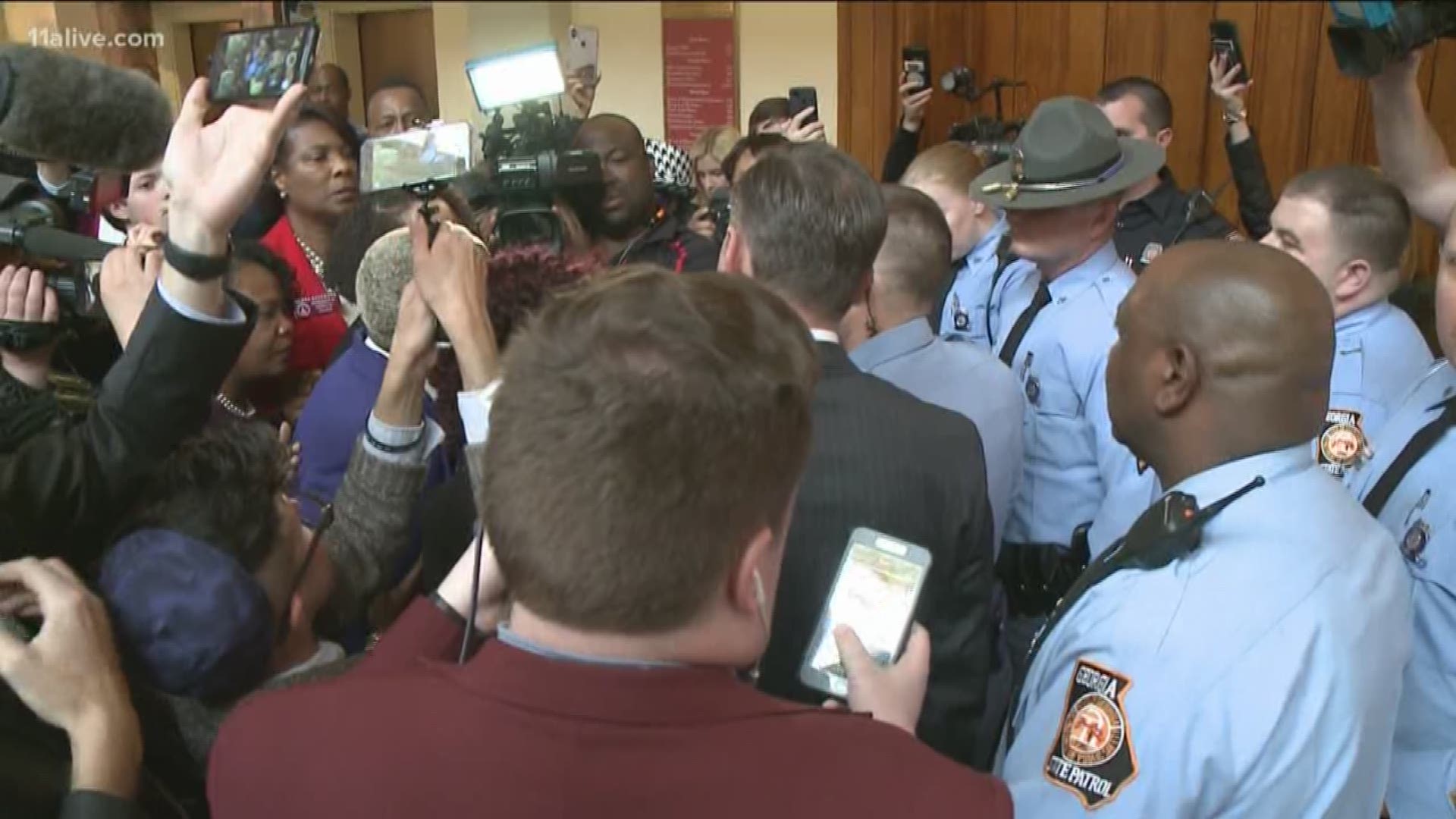 More than 40 celebrities have signed on to a letter addressed to Georgia Gov. Brian Kemp and Speaker David Ralston opposing the controversial “heartbeat bill,” which would limit the window of time a woman could get an abortion.

On Friday, the Georgia House of Representatives voted to approve the bill. It now heads to Gov. Brian Kemp's desk for approval.

The full letter was tweeted out by actress Alyssa Milano, who has spoken out against the bill on Twitter before. Milano is currently in Atlanta for production of the Netflix show, “Insatiable,” which is filming near Grant Park on Friday.

“As actors, our work often brings us to Georgia,” the letter starts out. “We’ve always found your state to be populated with friendly and caring people … But we cannot in good conscience continue to recommend our industry remain in Georgia if H.B. 481 becomes law.”

The measure would limit the window of time a woman could get an abortion from 20 weeks to 6 – the time frame when a fetal heartbeat can be detected.

The controversial measure has also been opposed to by major companies in Georgia, including Coca-Cola and Amazon. A group of nearly 90 Georgia business professionals sent an open letter to the General Assembly stating their opposition.

Earlier this week, the Writers Guild of America also sent an open letter warning that it could be “entirely possible” for the entertainment industry to leave Georgia if the bill is signed into law.

In the celebrity opposition letter, the actors called HB 481 “dangerous and deeply-flawed.”

"As actors, our work often brings us to Georgia. We’ve always found your state to be populated with friendly and caring people. We’ve found the hotels in which we stay and restaurants in which we dine while filming there to be comfortable and of a high quality. We’ve been glad to bring billions of dollars in revenue to support Georgia’s schools, parks, and communities.

"But we cannot in good conscience continue to recommend our industry remain in Georgia if H.B. 481 becomes law.

"This dangerous and deeply-flawed bill mimics many others which have already been deemed unconstitutional. As men who identify as small-government conservatives, we remind you that government is never bigger than what is inside a woman’s body or in her doctor’s office. This bill would remove the possibility of women receiving reproductive healthcare before most even know they are pregnant and force many women to undergo unregulated, hidden procedures at great risk to their health.

"We can’t imagine being elected officials who have to say to their constituents, “I enacted a law that was so evil, it chased billions of dollars from our state’s economy.” It’s not the most effective campaign slogan, but rest assured we’ll make it yours should it come to pass.

"This is the precipice on which you stand.

"We want to stay in Georgia. We want to continue to support the wonderful people, businesses, and communities that we have come to love in the Peach State. But we will not do so silently, and we will do everything in our power to move our industry to a safer state for women if H.B. 481 becomes law.

"You have a choice, gentlemen. We pray you make the right one."

With Love for the People of Georgia and in Solidarity with Women,