Perry dedicated 12 sound stages to people who have paved the way for him throughout his life. 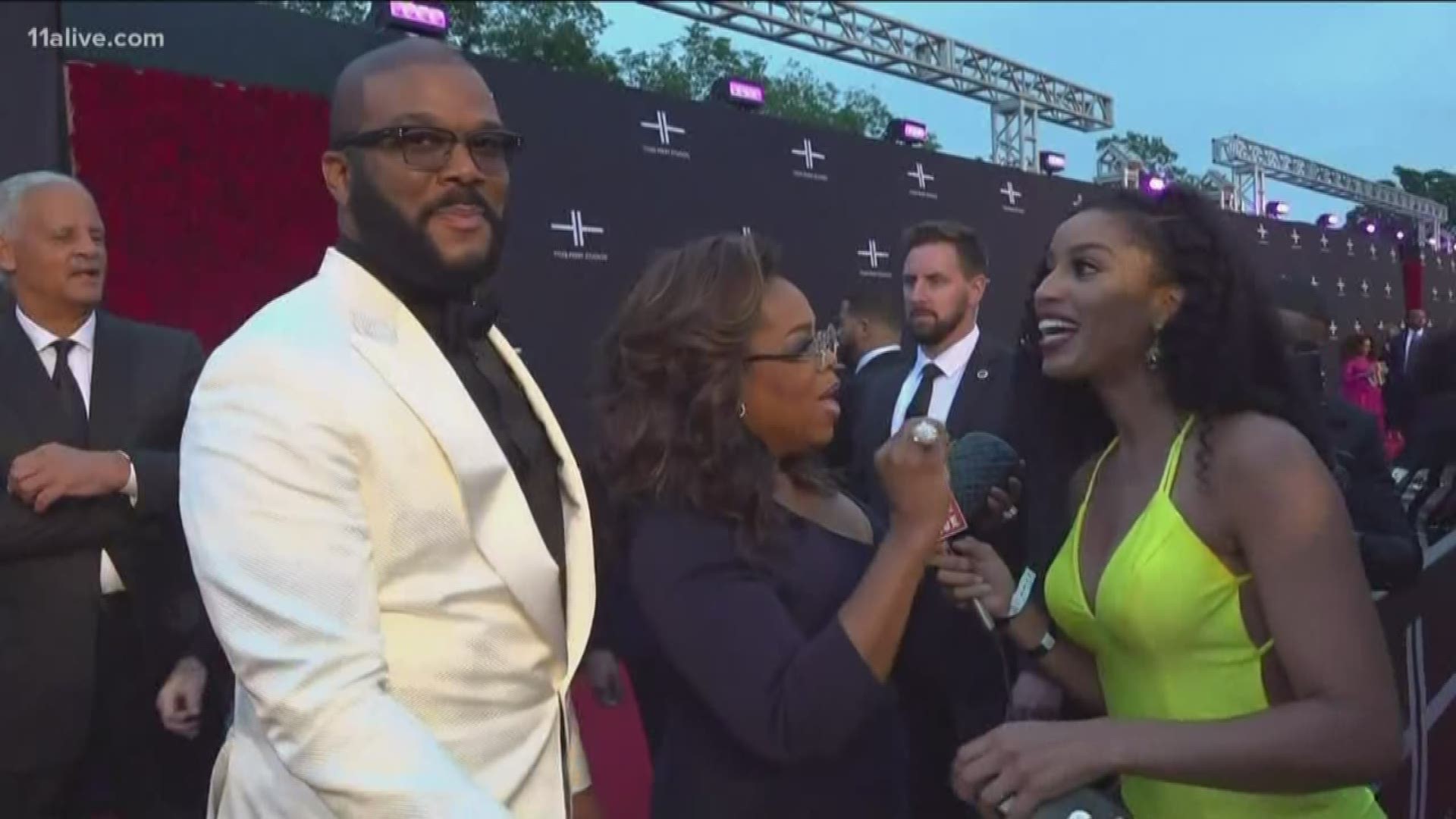 Tyler Perry made history as the first African American man to own a major movie studio. The 330-acre lot used to be a U.S. Army base known as Fort McPherson.

11Alive flew over the 330-acre lot and found the facility has made quite a transformation in the past year. There are several staged house sets with major backdrops, including a set that mocks the exterior of the White House.

The other significant difference is most of the sound stages now have names on the outside of the buildings. Perry dedicated the 12 sound stages to people who have paved the way for him throughout his life.

Many stars, including Beyonce, said it was an emotional night for Black Hollywood.

"I could feel our ancestors' presence," Beyonce wrote in an emotional Instagram post. "Generations of blood, sweat and tears, success, excellence and brilliance. It makes me so proud, so full, I could not stop crying."

Jennifer Hudson, Mary J. Blige, Ledisi, and Morgan James took to the stage with surprise performances at the event.

RELATED: Tyler Perry Studios: Some of our favorite interviews of the night

The A-Scene spoke to some of the hottest stars in Hollywood.

Winfrey praised Perry for being someone "who did it his way." Berry said what Perry has done for black people is "major."

Last week, Perry appeared on “The Ellen DeGeneres Show" and was honored with a star on the Hollywood Walk of Fame by Kerry Washington and Idris Elba.

RELATED: The woman executing Tyler Perry's vision for his studio

Perry said his dream didn't come overnight. He worked hard and prayed even harder before he began seeing the fruits of his labor.

The exit, now bearing the production company's name, is on Georgia State Route 166, a mile past the Sylvan Road and Cleveland Avenue exit.

“Atlanta has truly been the promised land for me," Perry shared in a Facebook post. "I came here with nothing, lived off Sylvan Road, ended up homeless and starving, but I was always praying and believing."