Gia Vang teams up with our friend Andrea Swennson - host of The Local Show on The Current - to bring you the best local bands to check out this weekend. 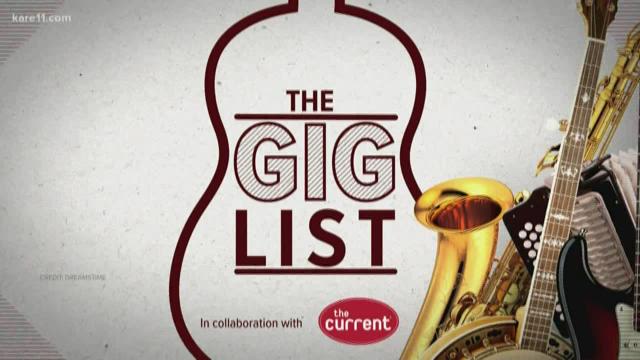 For easier listening, alternative country band Whalen and the Willows album release show for their first full-length album Peaceful is at The Hook and Ladder. They're joined by Part Time Ex's and local duo Mac & Reino. Doors open at 6:30 and the 21+ show starts at 7:00 p.m.

Six Mile Grove will be at The Parkway Theater with their own blend of folk, country and Americana. Turn! Turn! Turn! opens the evening. Doors are at 7:00 p.m. and the all-ages show starts at 8:00 p.m.

The Cedar hosts Barbaro's album release show, which promises to be a fun exploration of Americana and bluegrass. Humbird and Chicken Wire Empire opens for the all-ages show, with doors at 7:00 p.m. and the music starting at 8:00 p.m.

It's going to be a whole lot of fun at First Avenue Saturday! The 'Best New Bands of 2019' show will feature 10 different local acts between First Ave. and 7th Street Entry.

Mae Simpson (one of Gia's favorites with Janis Joplin vibes), FRUITPUNCHLOVERBOY, Loki's Folly, Green/Blue, Muun Bato, Nur-D and Under Violet will all be featured at the 18+ show, starting at 6:30 p.m.

StoLyette is next door at the 7th St Entry at their album release party with Russian influenced music and special guests The Nunnery, Ringing Bell and DJ Mild Davidson. This 18+ show starts at 7:30 p.m.