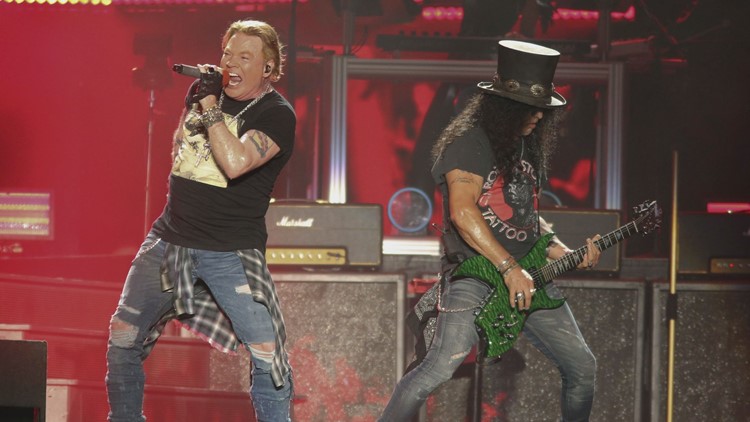 Why are more big-name bands coming to the Twin Cities?

It’s shaping up to be a hot summer for live music in the Twin Cities.

The band joins a long list of big-name acts that are making stops in Minneapolis later this year.

Green Day, Weezer and Fallout Boy are all playing at Target Field during the “Hella Mega Tour” in August.

And Justin Bieber and Roger Waters are both scheduled to play at the Target Center.

Over the last few years the Twin Cities have quietly become one of the go-to stops for concert promoters.

Riemenschneider says there are several reasons for that.

“Some of it is luck of the draw and timing. Having our new stadium certainly helps us land some of these bands.”

Riemenschneider says the Twin Cities offers venues of all sizes, from big arenas like U.S. Bank Stadium, to smaller clubs like First Avenue, and concert promoters like to see that.

“Live Nation in particular has really eyed us as a market to come to and they work all of those levels, from the bigger venues to the smaller ones,” Riemenschneider says.

The weather also plays a role.

With Minnesotans being cooped up inside all winter they tend to get out more in the summer.

“I think people here tend to take advantage of that more than in other cities,” Riemenschneider says.

Another factor that might explain this sudden uptick in big name bands coming to town is the music industry itself.

With less money being made on album sales, bands are touring more to make up for that revenue.

"Bands make all of their money on the road these days. Hardly anybody makes record sales. So, they are touring a lot more,” Riemenschneider says.

And there are rumors floating around that possibly an even bigger band will be coming to the Twin Cities this summer.

An ice sculpture of The Rolling Stones’ iconic lips and tongue logo randomly showed up at Nicollet Mall Monday morning.

This came on the same morning that The Rolling Stones posted a cryptic message on the band’s Twitter page.

Fans are assuming it means the band is anxious to get back out on the road with a possible stop here in the Twin Cities.

OTHER NEWS: 'Hamilton' movie with original cast coming to theaters