Canunpa and Mato Loud Hawk said they missed their friends in school so much that they'd try to make some new ones around the block. 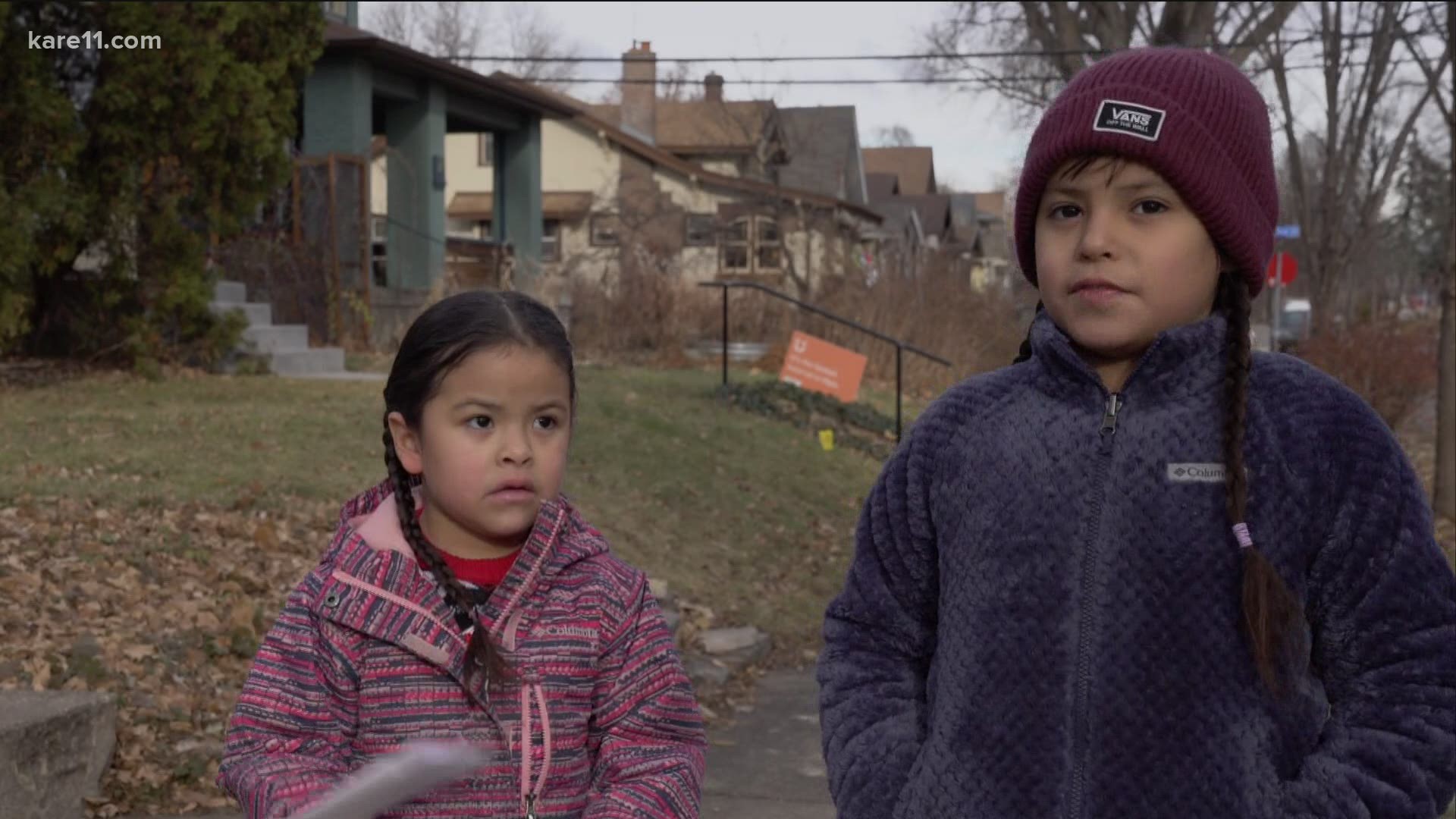 MINNEAPOLIS — School hasn't looked quite the same for a while now, but for seven-year-old Canunpa Loud Hawk and five-year-old Mato Loud Hawk, today's classroom was in their front yard.

The sisters, surrounded by inflatable Christmas decorations, sat at a small table with their box of crayons, drawing pictures and coloring.

However, this isn't how Canunpa prefers her education, she said.

"I liked going to school," she said. "Because we get to do recess and I get to see my friends at school. I get to wear a backpack."

The weather tells the girls that it's December, but Canunpa's memory is fresh on March, when she hung out with her friends in real life.

"I have a new friend now," she said. "He used to be mean to me but now he's not. Sometimes he gives me a high five when I almost win something."

To soothe the longing for their now distanced friends, the Loud Hawk girls decided that they'll maybe make some new ones around the block. Hence, the coloring and the drawing. They have been making them into letters and dropping them off into mailboxes around their block.

"Because we wanted friends and we didn't have some," Canunpa said. "But we kinda still did. Jasmine. But she was far away."

It all started when Mato asked her mother to write down what she was saying into a letter so she could take it next door. In it, Mato asked if the neighbor would like to be her friend.

To her delight, the neighbor kid wrote back, saying that yes, she'd love to be her friend. Then, the letter-writing to others officially began.

"I was happy I was going to have a friend," Canunpa said. "Because we don't have that much friends."

The truth is, after so long of staying home, not even the sisters were immune to being lonely. This process of writing, drawing, and hand-delivering was giving them connection during a time when we all feel alone.

"I hope the coronavirus will stop so we can go into stores and stop wearing our masks and just go to school again," Canunpa said.