Fate or coincidence? Wrong number text leads to marriage and a life-changing donation

Henry and Kasey are an unexpected story about the randomness of life, fate vs. coincidence, with a hint of fairy tale and a sprinkle of serendipity. 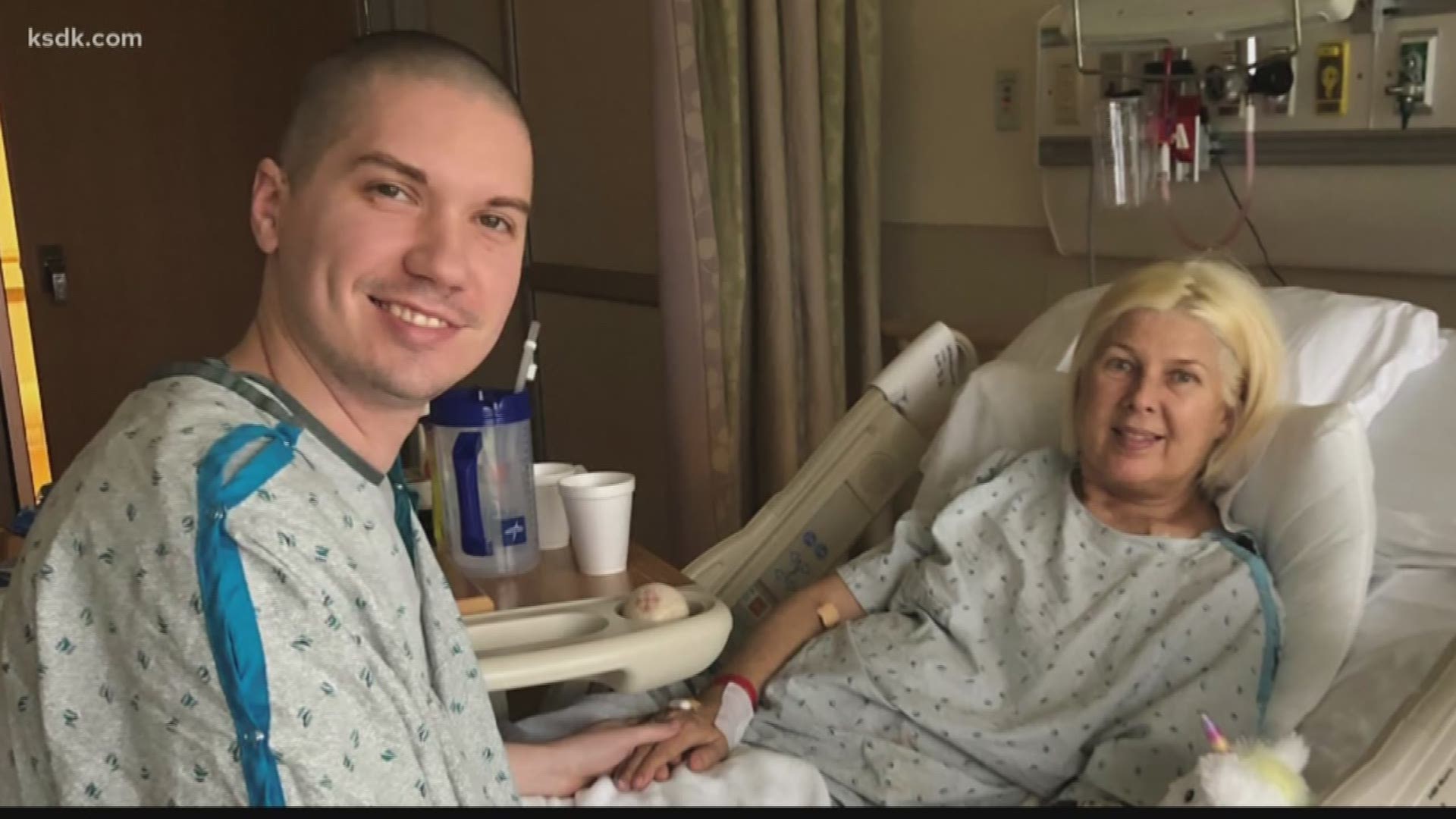 ST. LOUIS — As Henry Glendening and Kasey Bergh recover from their recent surgeries, they get to tell their courtship story again and again to reporters, doctors and nurses. All the while, they keep their sense of humor about their unconventional relationship.

“Like Mother's Day one year we're at the hardware store and the cashier remarks, ‘It's so nice of you to be helping your mother, you know, on a day like today.’ And of course, you know, I stepped in to clarify, she's not my mom. This is my wife,” said Glendening, who is 30 years younger than the 59-year old Bergh.

“If anybody had an opinion, nobody ever shared it with us,” said Bergh.

How they met would make a good rom-com TV show or movie. Bergh was on a 2012 business trip in Denver and thought she was texting a co-worker about hanging out.

“And I said, ‘Hey, it's Kasey. Maria isn't going to be here on time. And I was wondering if you'd want to hang out,’" recalled Bergh. “And I got this message back that said, ‘Sorry, you've got the wrong number. But if I wasn't on my way to work, I'd hang out with you.’”

The resulting back-and-forth text messages are framed and memorialized on the wall of their south St. Louis home, a series of texts that led to love and marriage.

“Henry texted me back and said, ‘Do you know what you think about the law of attraction or have you ever read “The Secret”? Cause whatever you put your energy on is going to be what comes back to you.’ And I thought, oh my God, OK. That's how I live my life. So we just kept texting, and texted and emailed for a week, just on like our shared interest of spirituality and the law of attraction and energy. It was great,” said Bergh.

Bergh had four tickets to a Third Eye Blind concert, but her plus-one and Glendening’s plus-one both canceled, so it was just the two of them at the concert.

“Halfway through the concert, he was standing behind me and put his hands on my hips and I could have been the woman that said, ‘Hey, Bucko! You don't put your hands on me.’ But I just was like, oh well, this is interesting,” said Bergh.

Things have gotten a lot more interesting. Henry and Kasey married. Recently there’s been a health emergency. Bergh’s 1995 kidney transplant was failing and she needed a new organ. Henry was a match for Kasey and doctors performed the transplant earlier this month at Barnes-Jewish Hospital.

“When I got sick, he just like stepped up just like a hero,” said Bergh. “Henry, it turns out the way his kidney and his body is formulated that it's a perfect immunological match. So now I'm feeling like amazing to think that it could last for as long as I need it to.”

Surrounded by get-well helium balloons, Henry and Kasey are an unexpected story about the randomness of life, fate vs. coincidence, with a hint of fairy tale and a sprinkle of serendipity.

“I don't necessarily want people to look at it as a fairy tale,” said Bergh. “So they might meet somebody in a random way. He might be 30 years younger than them and they might go, after they're in it, they might just be like, oh, this is hard.  We're a work in progress and we have worked and worked.”

RELATED: If we could help people suffering from kidney disease with a simple law, would you try it?

RELATED: The meeting of a lifetime at Busch Stadium

RELATED: Anne Allred gets a second chance at life