'If 2020 was a school photo': Mom's instructions turn into unintentionally hilarious pic

Mason Kinley, 5, now has a school photo his mom says is the family's memory of the year. 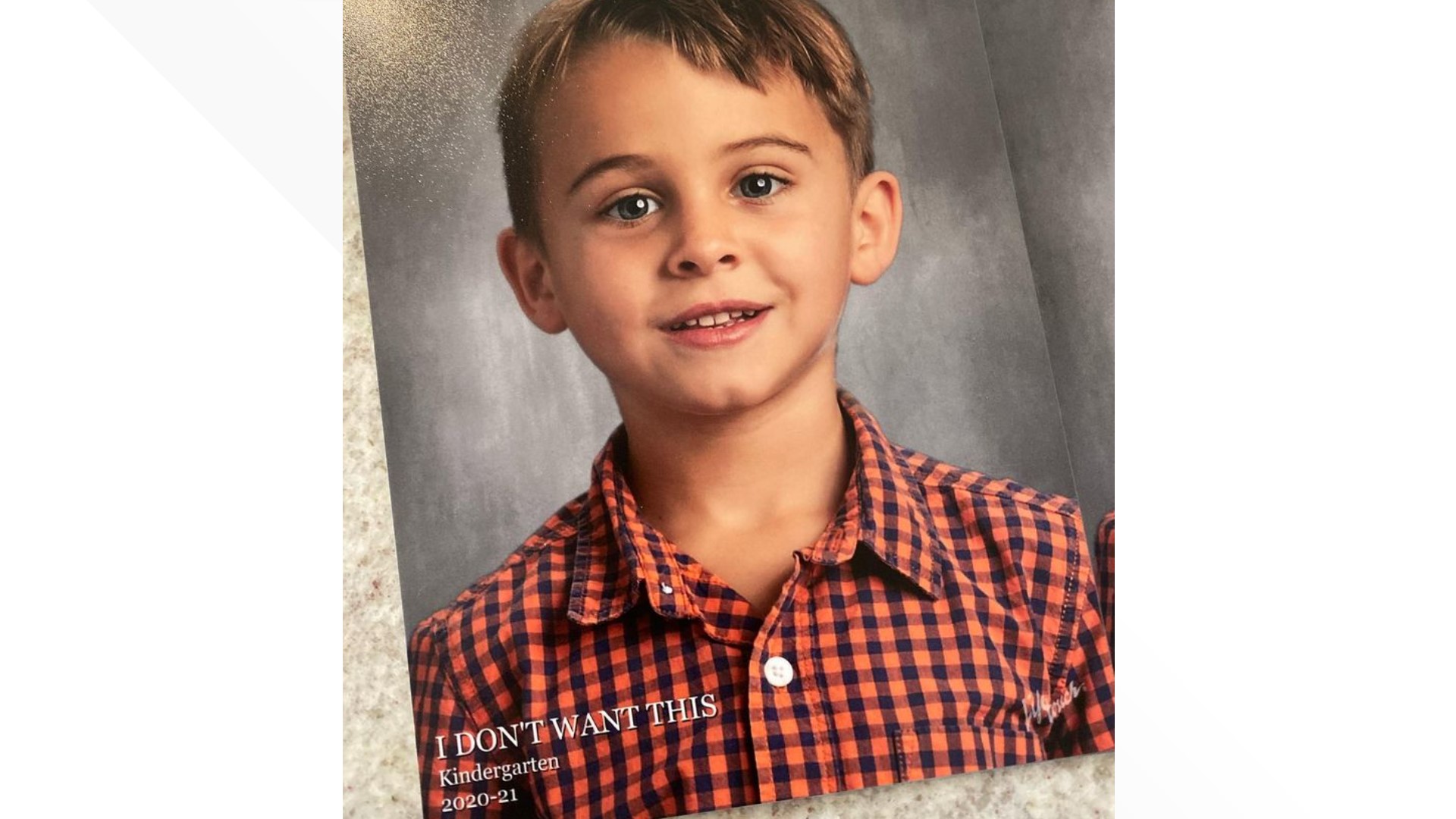 TARRANT COUNTY, Texas — In a year where nothing seems to go as planned, 5-year-old Mason Kinley was so excited to finally be able to go to his school in person.

“Kindergarten!” he exclaimed during a Zoom interview Thursday. How's it going so far? “Good!”

His mom, Brittany, realized that meant her firstborn would be able to get school pictures — a taste of normalcy in a year like this.

But when the Mansfield ISD mom was filling out the form for what she wanted printed on his picture, she ran into some issues.

“It wouldn't let me bypass where to put his name or any of the other stuff on the front, so I just put 'I DON’T WANT THIS.’”

“I was so excited when I saw the envelope was in the mail,” Brittany said of the school photos. Then she opened the envelope and discovered her sweet son’s face with “I DON’T WANT THIS” printed on every photo.

“I was like, what is on here?” she said, laughing. “That’s when all of us took a closer look and all of us started just dying laughing at it."

“We now have 30 photos with ‘I don't want this’ on the bottom,” Brittany said.

Finding it too funny not to share, Brittany posted her so-called “mom fail” on Facebook. Along with the picture, it read:

Mason got his kindergarten pictures and I didn’t want his name on the bottom so I typed in “I don’t want this” and they freaking printed this...

so now I have like 30 pictures of him with this on the bottom. #idowantthis #if2020wasaschoolphoto #sorryMase

Turns out, it was just the moment of levity everyone needed. By early Thursday afternoon, it had been shared 12,000 times. Brittany is shocked, and Mason seems to be enjoying the hilarity.

“He asks how many people are laughing at him every once in a while,” she said.

So, in a year where nothing seems to go as planned, we find the smiles where we can.