Man plants sunflowers for people who inspire him

Johnny Olson thought he might spread some sunshine--literally-- with these sunflowers. 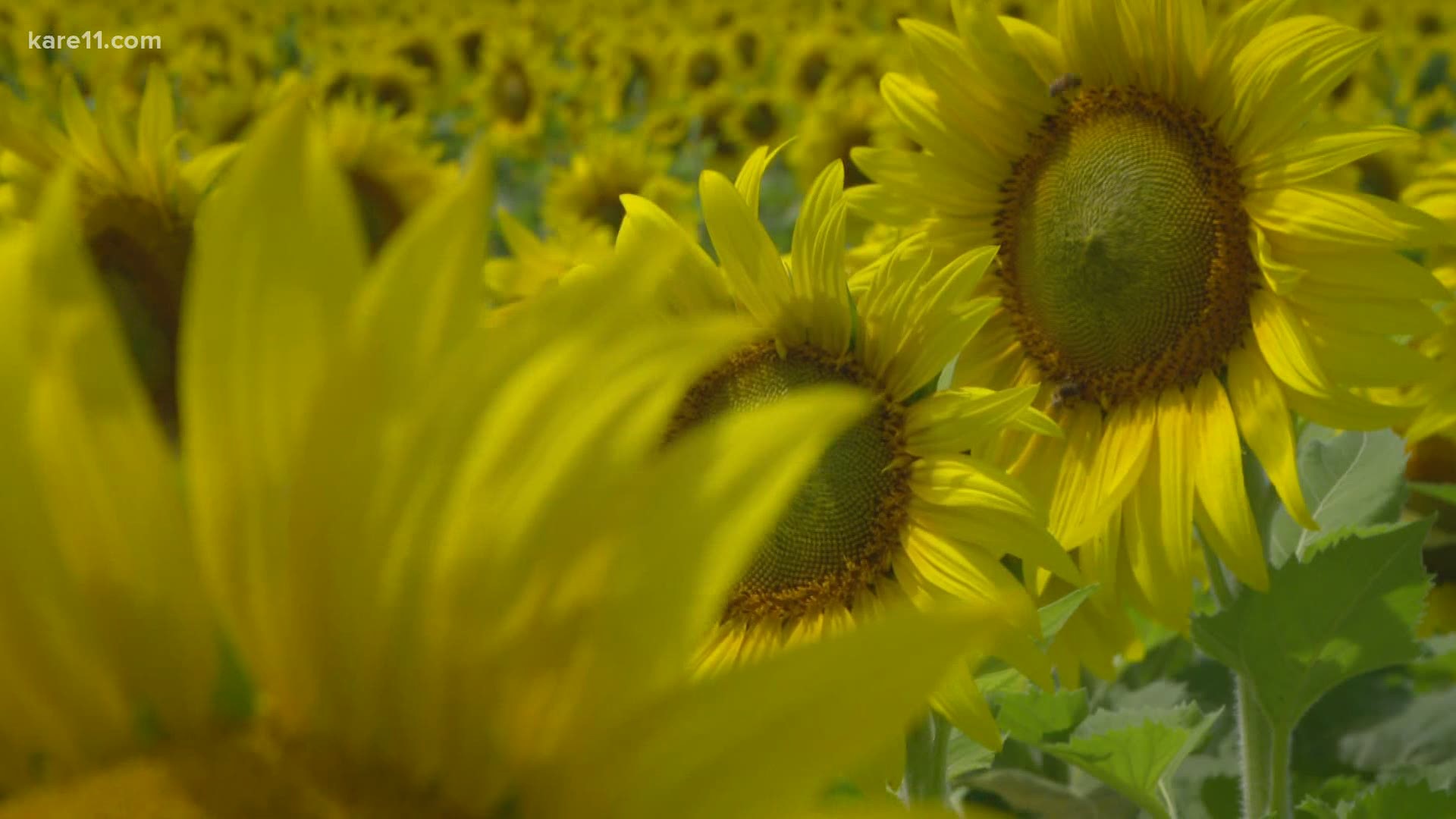 BIG LAKE, Minn. — When you love somebody you might buy them a flower, or a bunch of flowers. However, a local man decided he was going to go for the grandest gesture of love by planting hundreds of thousands for several people in his life.

The love that Johnny Olson has for Lynn Haldy is a different kind of love.

"Johnny, they're absolutely gorgeous," Haldy said on Wednesday when she saw the field of gold for the first time.

The love that they share is one of respect. The kind that moved Olson to plant the sunflowers for Haldy in a small farm. The sight moved Haldy too. She has been fighting cancer for a while now. She placed her hand on her chest and teared up.

"I think it's such a gift of love and flowers have always been my touchstone," Haldy said.

Olson said he met Haldy and her husband Rusty when they decided to sell his home through Olson's real estate business. Their friendship bloomed from there as time went by. Olson would spend time hanging out with Haldy as she baked. Soon, they became family when Olson's cousin became one of Haldy's daughter-in-laws.

Haldy said she was a teacher for her entire life. Inspired by her energy and vision in life, Olson said he decided to plant flowers for her as a pick-me-up as she battles cancer.

"If I remiss, which I plan to--I'm touching a lot more," Haldy said.

"When you remiss, when," he emphasized.

"When I remiss, I've got big plans for what I can do to help cancer patients," Haldy finished.

Olson said this isn't the first time he's done something like this. He's been planting small farms of sunflowers for different inspirational people life all over areas outside of the metro. He said he found that the times needed something bright.

"No political signs, no donation boxes," Olson said. "We don't need it. It's okay, it's on us this time and we can spread a little more sunshine."

Many of Olson's farmlet (small farm) locations are broadcasted here, and he welcomes many people to just come by and visit. He leases the land on his own dime. However, he asks one thing: that if you take pictures, share them, and let others know about it.

"I always admired them," Olson said, referring to the sunflowers. "Always loved yellow. I'm legally colorblind but I can see yellow. It's always stood out to me so not everybody knows that."

He said he just wants to spread joy, from flower to flower.

"Hopefully open the door for others to just don't get caught up here," he said, pointing to his head. "Open the heart up, soften it. Let this heart guide you because it knows a lot."

"Corona has just destroyed our ability to be intimate with each other in a way we need you know?" she said. "It's really something. Johnny O I love ya."

The very flowers that stare at the sun all day reminded us that we don't ever have to go very far to find sunshine of our own.

You can find more information about Fish Sunflowers here.