Utepils Brewing in Minneapolis is just one of the breweries making its own Oktoberfest seasonal lager. 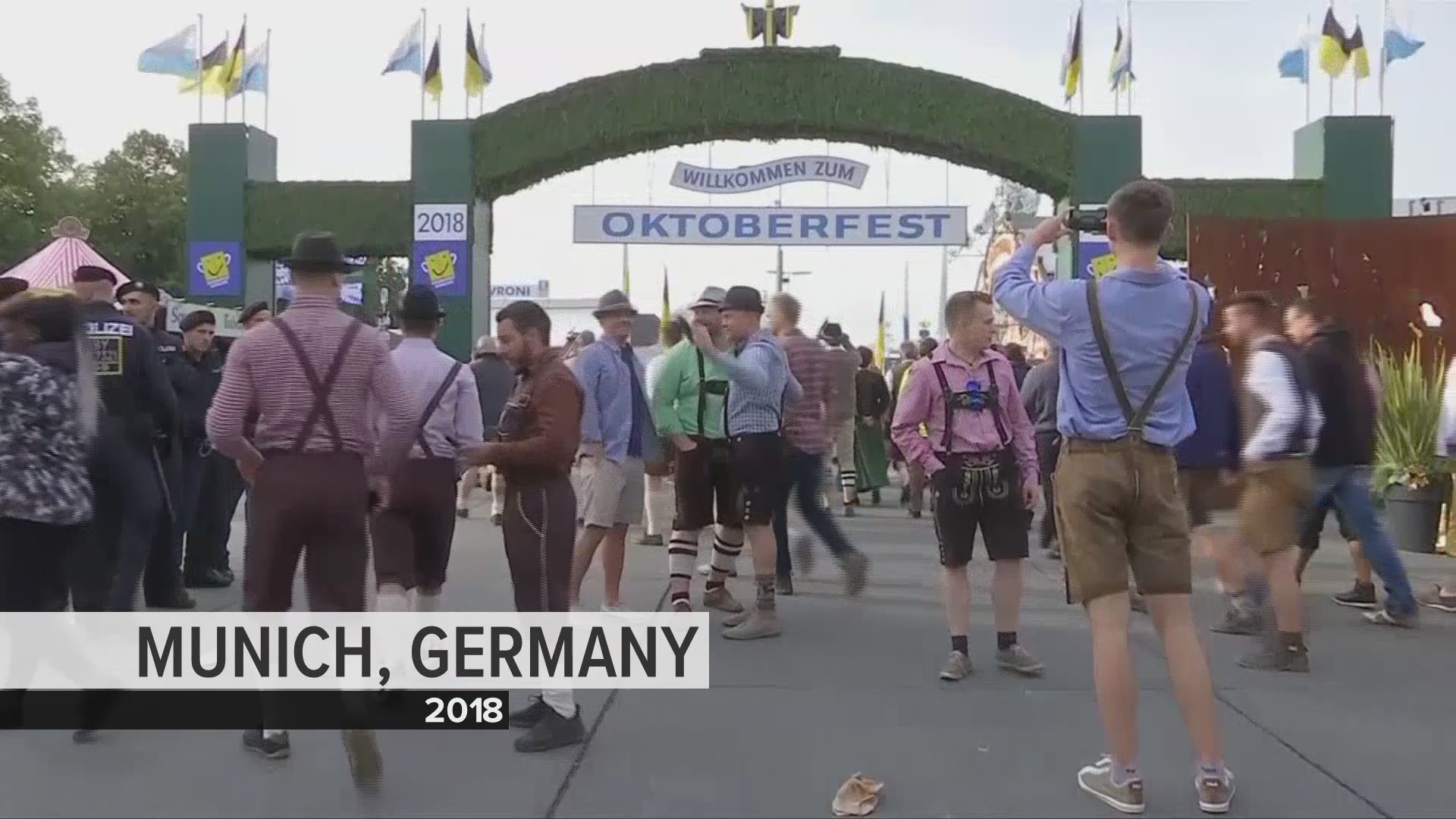 MINNEAPOLIS — KARE 11 teamed up with The Growler Magazine Editor-in-Chief Brian Kaufenberg for this story.

The traditional German cultural festival began in 1810, with the wedding of Crown Prince Ludwig and Princess Therese in Munich, Germany. The free food, beer, and horse racing featured at the celebration was so popular, it continued the next year, and soon became an annual event in Munich.

In the United States, many Americans know Oktoberfest mostly for its seasonal beers, now made by breweries of all sizes.

"I can't think of another seasonal beer so tied to one season like Oktoberfest really is," said Eric Harper, head brewer at Utepils Brewing in Minneapolis.

"The original Oktoberfest was really a party celebrating a wedding. So, you think of a wedding reception? Receptional. That's where we came up with the name for our fest beer," Harper said.

Unlike an ale, which is brewed close to room temperature, lagers, like those made for Oktoberfest, tend to be brewed at a cooler temperature, due to the type of yeast used. At Utepils, its lagers are kept in fermentation tanks for a minimum of six weeks, sometimes longer for seasonal brews like Receptional for Oktoberfest.

To keep its beer authentic to its German roots, Utepils uses an imported German pilsner malt, along with Munich-style malts and a small amount of a caramelized malt known as Caramunich. Receptional is then made in brewing equipment imported from Germany.

"You can maybe liken it to the Minnesota State Fair. It's an annual event, everybody is there," Harper said. "They've got not only big tents with beer drinking and your typical Bavarian food, but also carnival rides and things to do. Just a fun place to go and hang out."

Utepils is planning to celebrate the spirit of the original Oktoberfest at its Minneapolis brewery on Saturday, Sept. 21, with a vow renewal ceremony at its outdoor beer garden, followed by the tapping of a ceremonial keg.

RELATED: Oktoberfest 2019: A two-day celebration of German heritage and culture at the historic Schmidt Brewery