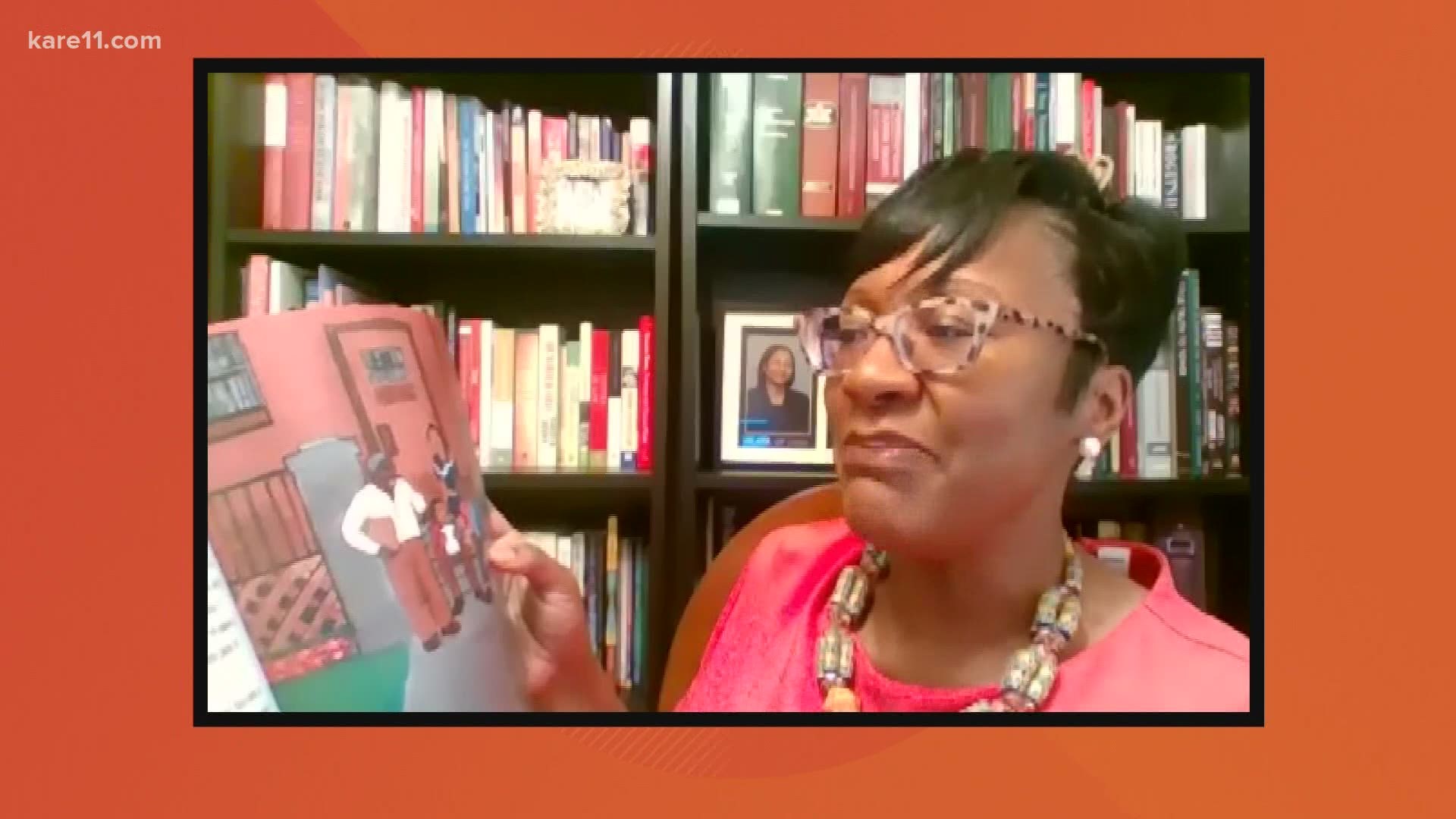 ST PAUL, Minn. — As a lawyer and professor, Dr. Artika Tyner knows how to reach and teach adults. She also knows how to simplify complex topics for kids.

Take, for example, her first book. "Justice Makes a Difference" is about a girl named Justice whose life changes after learning about prominent African Americans including Paul Robeson and Charles Hamilton Houston.

As an author, Tyner has written seven children's books so far. Her latest is called "So You Want to Be a Supreme Court Justice."

"It started off with 'Justice Makes a Difference' because I wanted to respond to the need to promote more literacy and also diversity in books because at the time I wrote 'Justice Makes a Difference,' only about 10 percent of books were written by authors of color and also had a main character or protagonist of color," Tyner said. "When I thought about it I was like it's time to be able to tell the stories that reflect the beauty of America. To be able to talk about our history, about cultures."

She's also an entrepreneur. In 2014, she founded called Planting People Growing Justice, a publishing company with an online store. In addition to books written by Tyner and other authors of color, several black dolls are for sale. One favorite is the Justice doll from "Justice Makes a Difference."

Tyner believes, like Justice, youth can make a difference. And alarming statistics show change is overdue.

"Depending on which study that you're looking at, 60 to 80 percent of the prison population is functionally illiterate," she said. "That means that the process was unjust from the beginning. That means you couldn't read the evidence or even your indictment or participate fully in your trial."

Tyner went on to point out that one in four children are not reading at grade level.

"If you're not reading at grade level by fourth grade, you're four times more likely to drop out of school," she said.

As Tyner challenges herself to end the cycle of illiteracy in the United States, she also has a challenge for people of all backgrounds.

"Instead of the kind of Minnesota nice, 'Hi, how are you? How's the weather? Least it's not snowing. Are you going to the cabin?' I'm challenging folks to say 'What are you reading?' Because then we can expand our knowledge and get a deeper sense of who we are as a nation, who we are as individuals, and more importantly we can build bridges and we can build something that no one can take away from us," Tyner said. "If we had more knowledge about each other, more knowledge about our history, we may be able to see a little bit more clearly."

The Myth of Race/The Reality of Racism: Critical Essays by Mahmoud El-Kati

The Red Record by Ida B. Wells-Barnett

RELATED: Coronavirus-themed coloring book is designed for the whole family