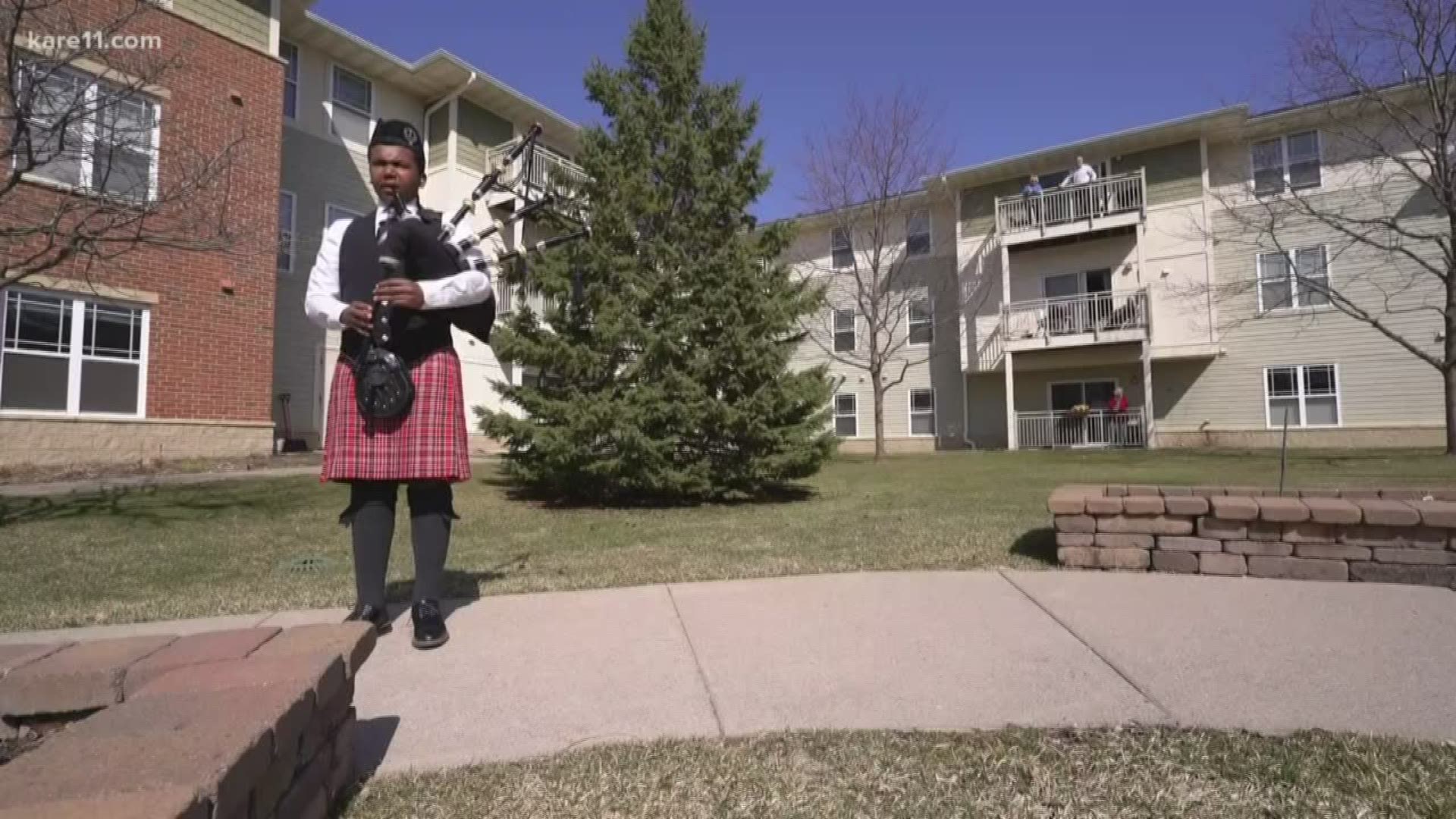 ROSEVILLE, Minn — We all love quiet.

At least until we're sick of it.

Denied weekly practices with the Macalester College Pipe Band, denied a trip to a competition in Canada - Abenet is finding open ears at closed venues.

On Palm Sunday, Abenet played Amazing Grace in the courtyard of Greenhouse Village Cooperative, a senior residence where his grandparents live.

“We've been locked in for several weeks now,” Lynn McDonald, Abenet’s grandmother says from the patio where Lynn and her husband Gary watched their grandson play roughly 100 feet away.

Lynn and Gary’s daughter and son-in-law adopted Abenet and his sister Dinkenesh from Ethiopia a decade ago.

Abenet’s interest in bagpipes followed not long after.

“He was four at the time,” Ben McDonald Coltvet says. “We were in Como Park for a church picnic and one of the members there came across the green in full regalia playing bagpipes.

"I want to do that!’” Abenet blurted out to his father with a conviction that hasn’t subsided.

In the years since, he’s performed solo at an Ethiopian community talent show and at his elementary school.

As St. Patrick's Day parades were being canceled due to COVID-19 concerns, a member of Macalister band suggested finding other ways to mark the holiday.

Abenet marched with his bagpipes through a neighborhood park.

A few residents spread themselves out on the patio, while more watched from their balconies.

“It’s like bringing people together, but not too close together,” he says.

All applauded enthusiastically as Abenet played his last notes.

“It's the original social distancing instrument,” Adenet’s father says. “It's preferable to be more than six feet away.”