A man, a dog, and their unbreakable bond

Retired Burnsville Assistant Fire Chief Daniel Hove and his dog Gunner passed away on Monday, May 18. 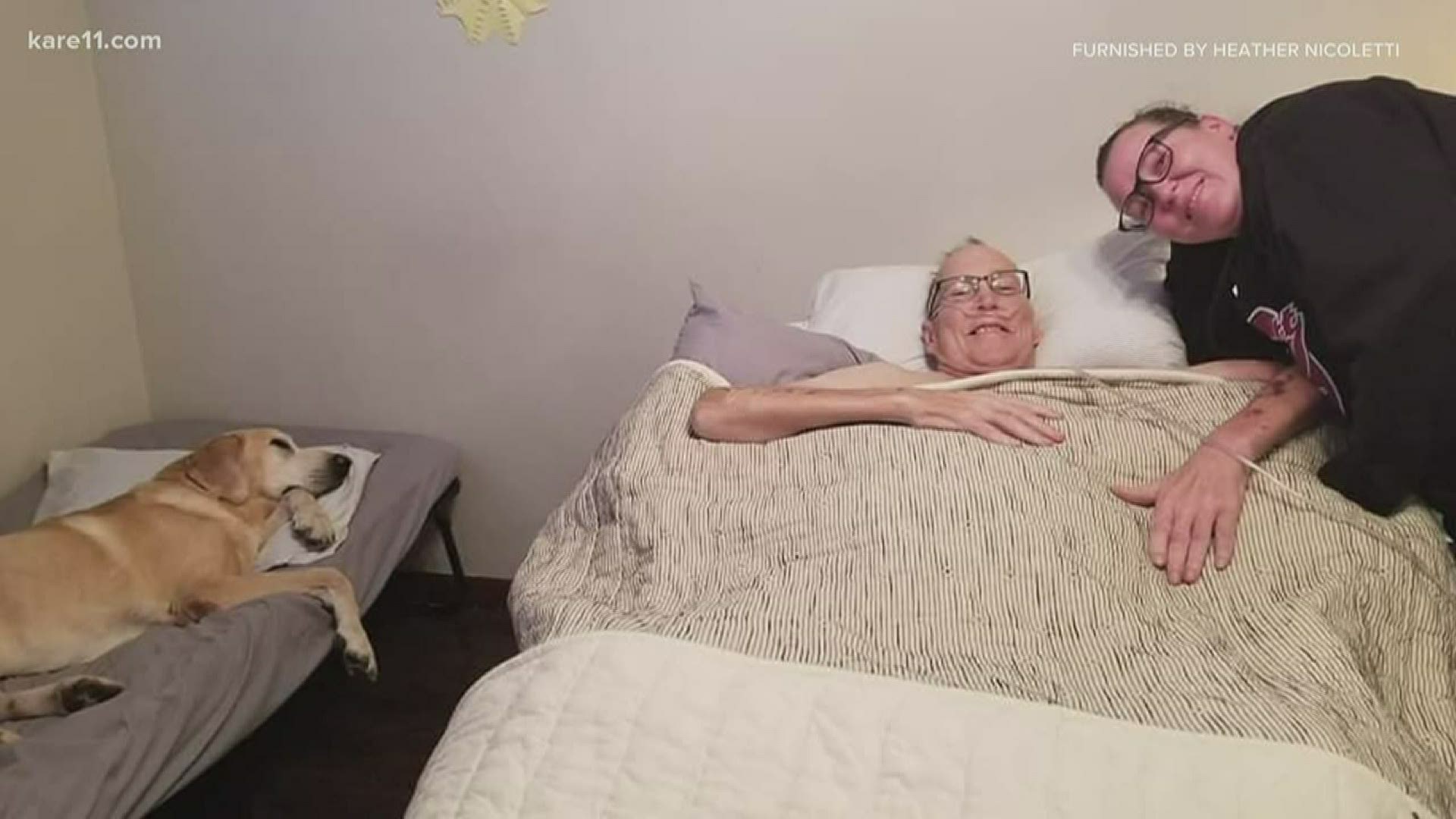 PRESCOTT, Wis. — Daniel Hove was a much celebrated Burnsville firefighter who got his career started in the Air Force. Hove lived a full life, the kind filled with loved ones, kids, and grandchildren.

"He was someone that his department really relied on to innovate, educate, train and keep up with the new firefighting technique," his daughter Heather Nicoletti said.

She said a lot of the other firefighters looked up to her father because he was like a mentor to them, all the way up until his retirement in 2012. Pancreatic cancer, was the deciding factor.

However, there's one family member who never, ever left Hove's side. Gunner, Hove's 11-year-old Labrador made sure, no furniture went unshared. Several pictures show the two piled into a chair, Gunner some how always close by, no further than a couple inches apart. Despite being a 90 pound lab, Gunner gave the impression that he was always a lap dog.

"They were best buddies till the end," Nicoletti said. "They were hunting buddies, they went everywhere together."

So it never came as a surprise when Gunner started to get sick too. After all, they mirrored each other.

Then on Monday, Nicoletti said she knew--Gunner with his swollen arms and quiet demeanor--that it was time.

"I called the vet clinic I used to work at," she said. "they got me in right away and I rushed him up there, put him to sleep. And about an hour and a half later, my dad was gone too."

Gunner proving once again that when dogs know, they know so much.

"I had said I don't know what's going to be more traumatic for him," she said. "To try to take him away to end--to put him to sleep-- to end his suffering, or if you let him live through dad dying. I think either way it's going to kill him. We knew they were going to go together. We just didn't know it was going to be hours apart."

The thought of living life without his best friend must have been unbearable for Gunner, not even for a few hours. Nicoletti said she's comforted to know that her father and Gunner never had to say goodbye.

"Gunner could not be without my dad," Nicoletti said. "I think he chose to go with him."

Asst. Chief Hove's life will be celebrated on Saturday. Nicoletti said she promised her father a big ceremony with taps and full honors, once the coronavirus pandemic eases, and crowds can gather again.