A Pupdate: Riptide the pup is thriving in rehab

Riptide was rescued after he was found tied to a tree in St. Paul, with his muzzle zip-tied. 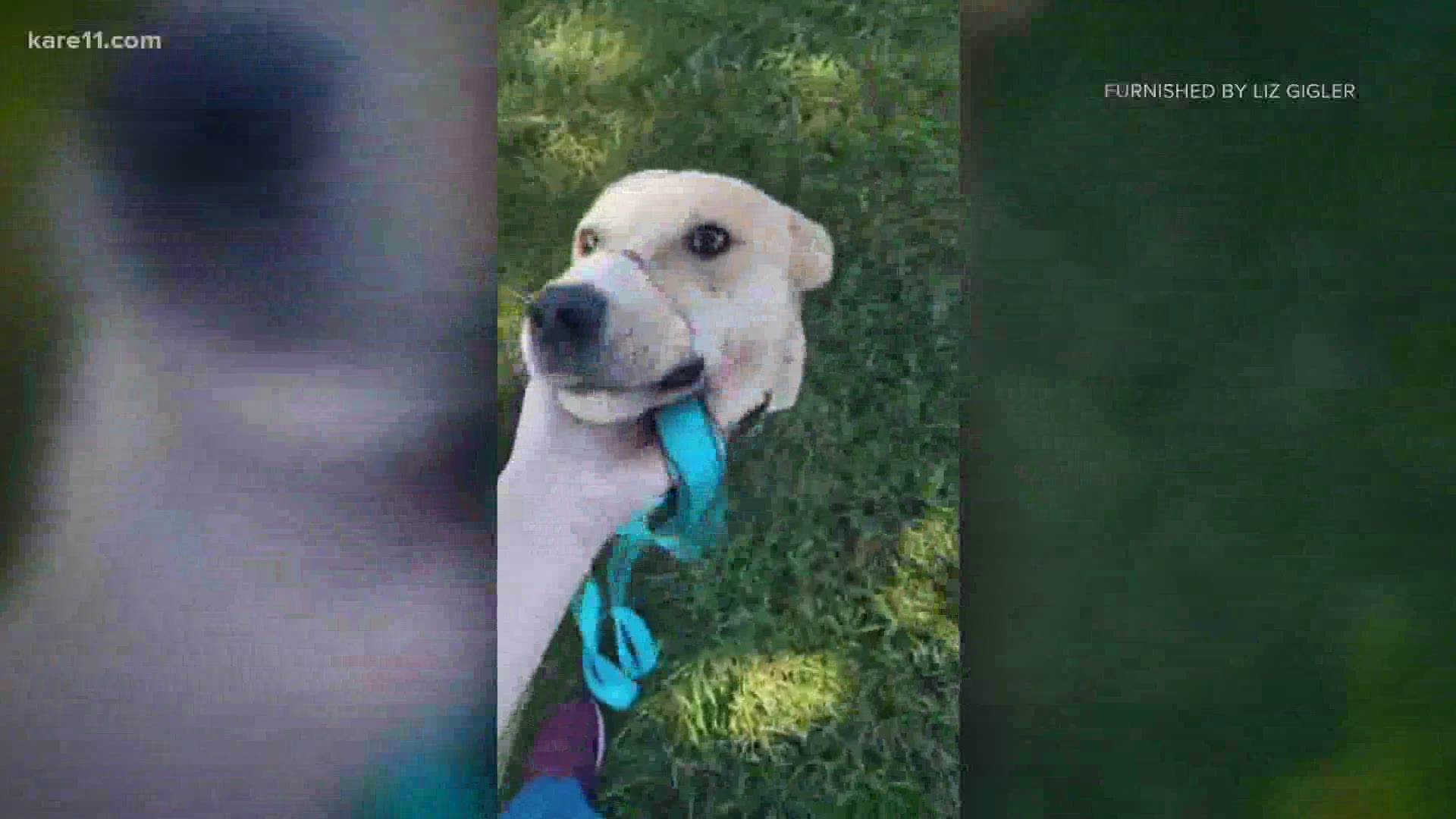 LA CROSSE, Wis. — The image of Riptide's open flesh wound on his muzzle broke the internet's heart. After having been rescued last month from a forest in St. Paul, Rescued Pets are Wonderful took him in and got him the care he needed.

Riptide needed amputation surgery. Before that, the veterinarians working on him had the near-impossible task of removing thousands of maggots from his body. No one knows how long he had been tied to the tree. Rescued Pets are Wonderful founder Liz Gigler had an idea though.

"You have to take into account, how long it takes for rope or a zip-tie to embed," she said back in August. "Probably a couple of weeks. However, it only takes a couple of days for maggots to produce the way they were. The conclusion we came to is that this dog was tied up and zip-tied in someone's home, inside somewhere because the maggots would have killed him in the time it took the embedded part to happen."

After a successful amputation surgery and some stitches for his muzzle, Riptide slowly grew physically strong enough to get some emotional support.

Monday, Eve Molzhon graciously facilitated a Zoom interview with us and Riptide. Molzhon is the owner of Fun Fur Pets, a pet boarding and training facility in La Crosse, Wisconsin. Molzhon also runs a program called "Second Chance to Shine," which is a rehabilitation program for animals who have had difficult pasts like Riptide.

As soon as the camera was on, Riptide was a star. He was licking Molzhon in the face consistently, sniffing around the room with his tail wagging non-stop. Had you met him today for the first time, you might never be able to tell the horrors that he had gone through.

"[Liz] noticed that he had some behavioral issues," Molzhon said. "He had stranger-danger, new people were very frightening for him. Being touched, especially when you reach for his face, he was apprehensive and would cower down."

That was three and a half weeks ago. Now, he's a noticeably different dog.

"Our motivation for him is food," Molzhon said. "He really loves food, just like us humans do. Every time he gets a treat, I would say, 'touch' and touch a part of his body."

She explained that she does that so he knows both touch and treats are good things. She said she is working on getting him to play with other dogs appropriately and teaching him that no one will take away his food. He is also learning to face his fear of strangers. Molzhon said she's facilitating that by inviting volunteers to feed him treats with their hands.

"He really dictates how fast we move," she said. "And how things go forward. So with him. it's going to take a lot more male interaction, test him with kids and bicycles."

She said the work will take at least another two to three months. This way, she knows when Riptide finds his forever home, she is setting everyone up for success.

While Riptide is recovering, the St. Paul Animal Control is continuing their investigation into finding those responsible for what had happened to Riptide last month. The Humane Society of the United States has upped their reward now to $10,000 for anyone who comes forward with information leading to an arrest in the case.

If you have any information about Riptide's incident that happened at the end of July in the wooded area near 4th and Clarence Streets in St. Paul, you're encouraged to call 651-266-1100. For more information on the Humane society of the United States' release on this case, you can click this link.