An abundance of beavers may be helping Voyageurs moose population

A moose, a beaver and a wolf walk into the woods. No, this isn't a joke, but it does beg a very good question. 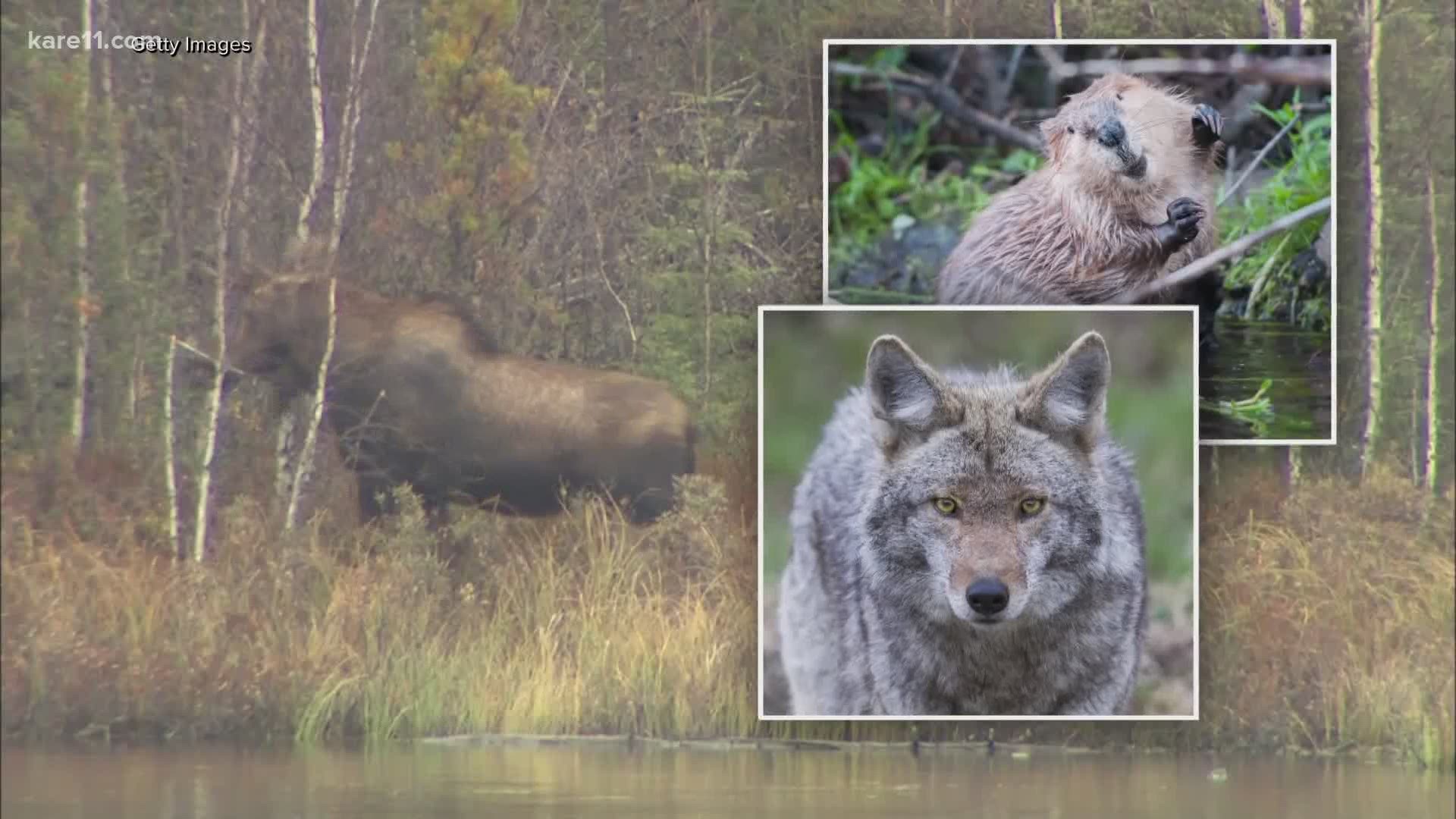 GOLDEN VALLEY, Minn. — A moose, a beaver and wolf walk into the woods. No, this isn't a joke, but it does beg a good question.

“Why is the moose population remaining relatively stable when moose across the state and other areas are declining?” asks Dr. Tom Gable with the Voyageurs Wolf Project.

Biologists in Voyageurs National Park say, unlike other areas, the park's moose population has been steady since at least 2009, and they think they may have an answer as to why.

“One of the big differences between Voyageurs National Park, and a lot of the other areas of the state, are the really dense beaver populations," says Dr. Gable.

So, there's lots and lots of beaver's in Voyageurs...no for real...like lots.

“This beaver population that we have in the park, it's just this perfect scenario where we have the highest density of beavers in the lower 48, we're pretty confident of that,” says Dr. Steve Windels, Wildlife Biologist with Voyageurs National Park.

Okay, we get the beaver thing, but what does that have to do with moose? Well, that's where the wolves come in.

“Wolves, like all other animals, get full and they have a certain amount of time that they can catch and eat their prey, and so they have to make decisions about which prey they want to go after, and when and how extensively and that's going to impact how much they prey on other species as well,” says Gable.

Gable says there's evidence that the wolves in the park have been preying mostly on beavers and that could be helping the moose.

“On the flip side of that, having something that's a really easy, abundant food source like beavers, might actually be elevating the wolf population, just like white tail deer do, and keeping them at higher numbers, which then conversely could actually be causing more predation on moose,” says Dr. Windels.

Dr. Windels says more research is needed to find out how all the species are impacting each other. But one thing is for sure, they're in the perfect spot to figure it out.

“It's really a unique laboratory, I would say, for us to study this dynamic of how an abundant wolf population, an abundant beaver population, interacts and what that means for other prey,” he says.

OTHER NEWS: COVID-19 testing in the US is dropping, even as deaths mount