The Minnesota DNR says once the first eaglet scrapes its way out of the shell, the next will follow within a couple days. 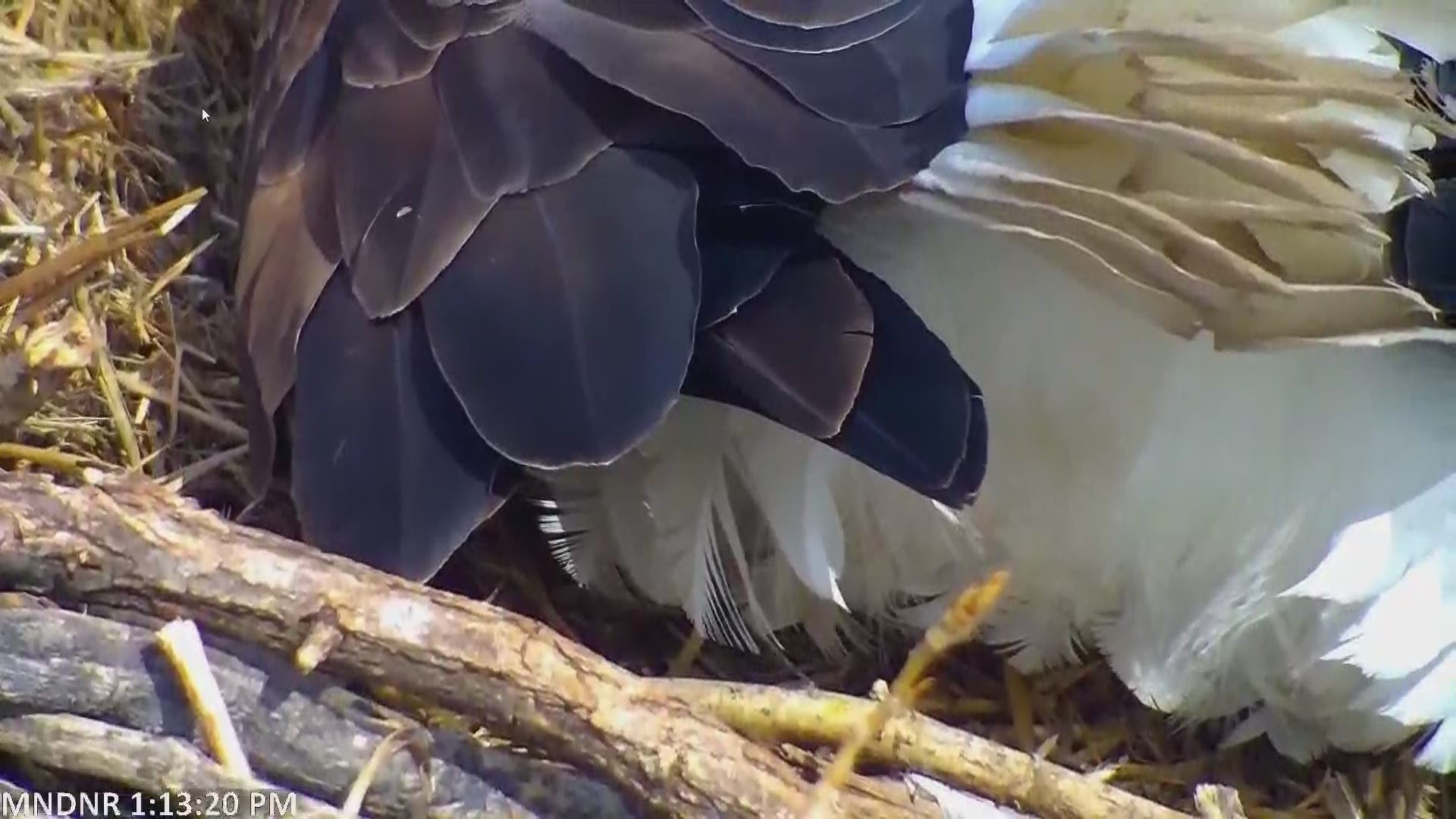 The beloved EagleCam from the Minnesota Department of Natural Resources (DNR) is in its most exciting moment.

The first of two eggs hatched Friday, and DNR officials say the next one should make its way out within a couple days.

According to a Friday DNR newsletter, the camera zoomed in on the eggs to find the first "pip" on March 25. In the update, officials wrote that they "noticed a tiny beak with its egg tooth popping out of the pip hole."

An "egg tooth" is a nub on the chick's beak that it uses to scrape the inside of the egg until it creates a small hole, or a pip. When that pip appears, the hatch is likely to happen in the next 24 hours.

According to the DNR, the first egg that was laid is the one hatching. Officials believe that's the same egg that showed a pip. It could be seen hatching on the EagleCam just after 1 p.m. on Friday.

A second egg was laid five days after the first one, but according to the DNR, the eggs should hatch within a day or two of each other due to a process called "delayed incubation." That allows the chicks the best chance at survival, since they will be close to the same stage of development. If one is considerably smaller, it could be hurt or killed by the bigger one.

Credit: Minnesota DNR
The egg that showed a "pip" hatched the next day, on Friday.

"Watching the cam in the next few weeks will be very exciting," the newsletter said. "Watching these huge, regal birds gently feeding their young tiny pieces of food is one of nature's finest displays."

Anyone who wants to watch the eaglets hatch can check out the EagleCam, which has been streaming nonstop since March 9.