Indy and his owner, Frank Moe, and the rest of the team placed fifth in the Beargrease 120. 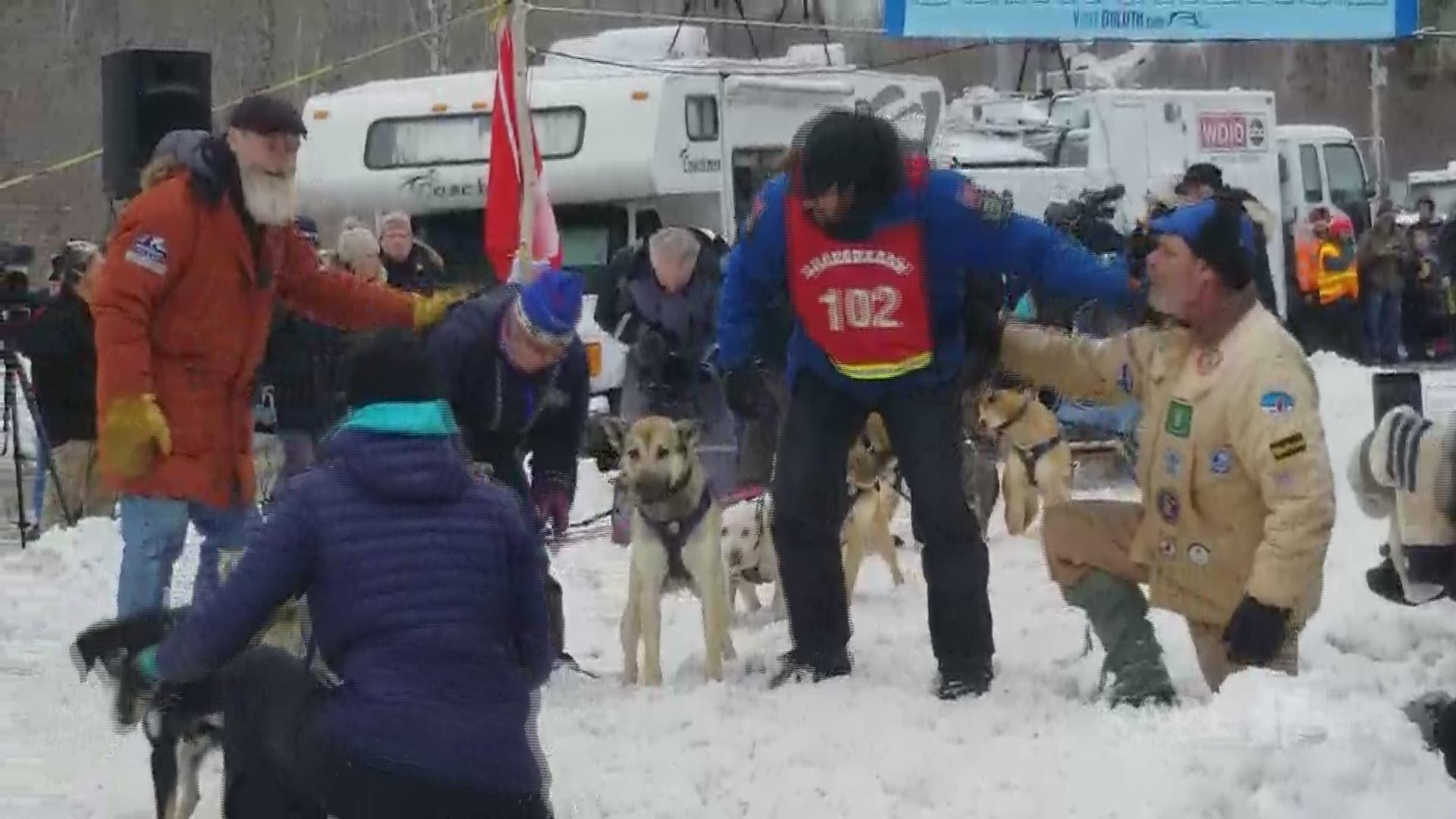 FINLAND, Minnesota — We knew he could do it.

Indy the blind sled dog skyrocketed to Minnesota fame recently after MPR News profiled the Alaskan husky who wouldn't give up.

And Monday, Indy and his team finished fifth in the John A. Beargrease 120. Frank Moe originally planned to compete in the full 300-mile Beargrease, but he switched to the 120 after dealing with several dog injuries.

"Nothing serious but disappointing pointing. We ran the 300 last year and were hoping to this year but were still happy with how our doggies ran," Moe said.

Moe's team is full of energetic sled dogs, but none won the hearts of Minnesotans quite like Indy. The pup used to be quite the mushing star, training to be a lead dog. But he lost sight in one eye - and then the other.

Moe planned to retire him, but found that Indy had other plans. He brought the blind dog on the 100-mile Gunflint Mail Run this year to try it out.

Indy is now what's called a "wheel," running right in front of the sled. These dogs have to be among the strongest on the team.

"He’s one of the best dogs, that’s why he raced," Moe said after the Gunflint Mail Run. "We need him."

Indy was certainly one of the most excited dogs on the team Sunday morning as he got ready to take off, jumping and howling from his spot in the back. You can see him in the video below, waiting impatiently to get going.

The team finished fifth overall in the 120-mile race up to the Trestle Inn in Finland, Minnesota. Their average speed was 10.6 miles per hour.